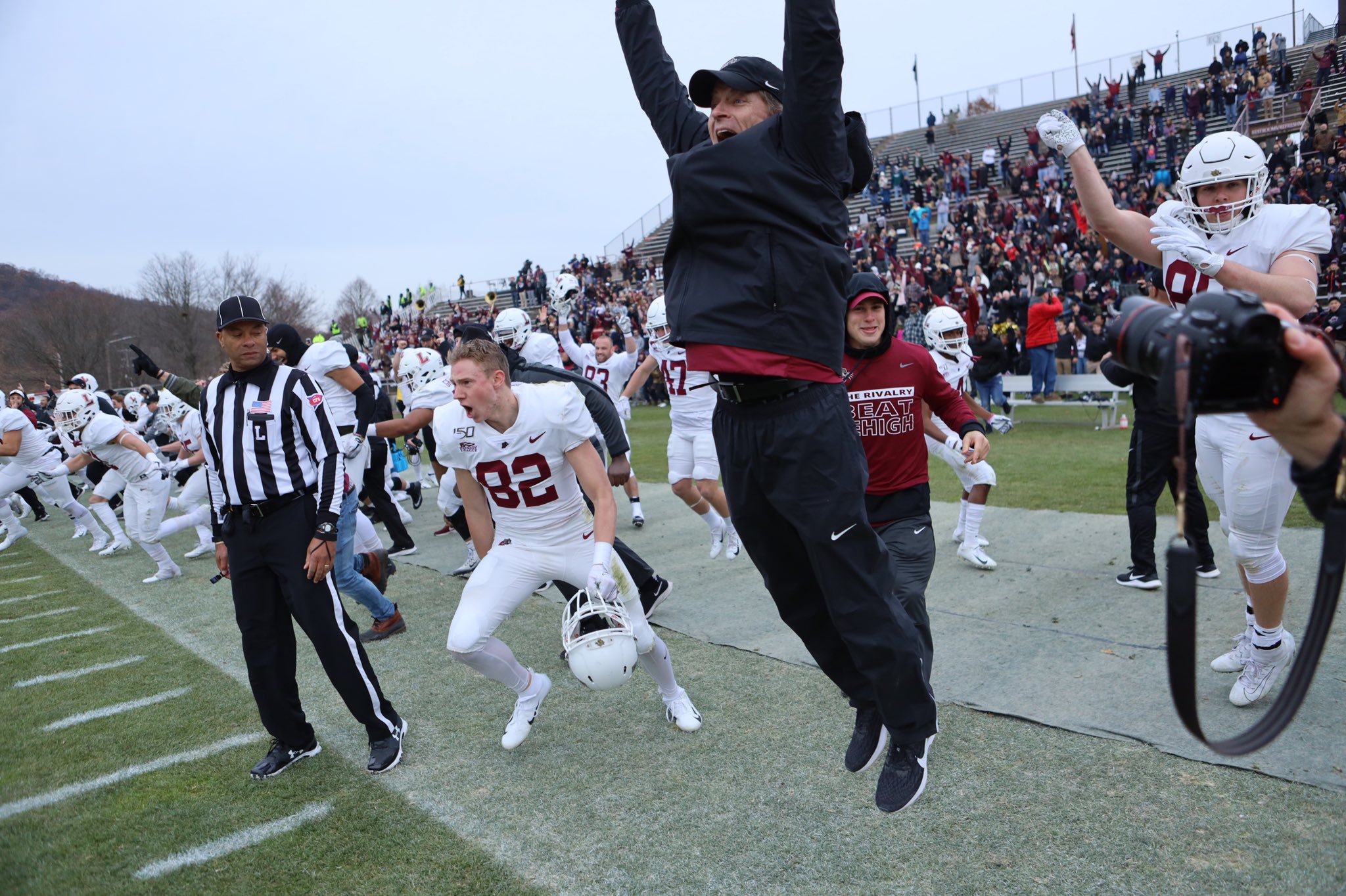 It is rare that the MVP of the Lehigh/Lafayette game is a kicker, but that’s exactly what happened this afternoon at Murray Goodman Stadium as the Leopards beat their bitter Mountain Hawk rivals for the first time in five years in a 17-16 win.

The last time the MVP of the Lehigh/Lafayette game was a kicker was in 1970, when Lafayette WR/PK Rick Nowell booted a 28 yard FG with 1:10 to play to beat Lehigh 31-28. 49 years later, history repeated itself.

“That was a heck of a game – so competitive,” Lafayette head coach John Garrett said afterwards. “Two great storied Rivalry teams playing a great version of it, back and forth, great effort by both teams, and a testament to our players and coaches to respond the right way to the events of the game.”

In a way it was a fitting end to a game where defense and special teams was the order of the day.

RB Selwyn Simpson scored touchdown runs of 18 and 3 yards, the second giving Lafayette a 14-7 lead early in the 3rd quarter. Two forced turnovers were critical in setting up those opportunities, one a leaping interception by senior S Yasir Thomas and the other forced by LB Billy Shaeffer and recovered by LB Marco Olivas.

But Lehigh, behind sophomore QB Alec Beesmer, would keep things close with several long drives that ended in field goals. Finding senior WR Dev Bibbens for some big receptions, the Lehigh offense got to the red zone three times and PK Austin Henning nailed three field goals, giving Lehigh their first lead of the game, 16-14, with 2:54 to play.

LB Keith Woetzel set a Lehigh record with five tackles for loss in the game, adding an interception for good measure in an 11 tackle, 7 solo tackle performance, but it wasn’t enough.

“We practice the two minute drill all week long,” an elated Jeffrey Kordenbrock said afterwards. “It wasn’t just me, I just kicked the ball, but also my holder, long snapper and linemen, and Keegan getting me there. In practice he marches us down there every single time, and he did today.”