Sam Houston erased a 24-3 halftime deficit to advance, scoring 28 points in just over five minutes of the 3rd quarter. The 21-point comeback tied the largest in school history, having also come back from 21 down to win against Southwest Texas State in 1986 and against Montana State in 1991. The Bearkats trailed 27-10 with 3:00 to play in the third quarter against James Madison but scored three touchdowns before the end of the quarter to take the lead for good. They added another touchdown early in the fourth quarter, making it a run of 28 unanswered points in a span of 5:44 to take a 38-27 lead. Jequez Ezzard was the big-play spark in that span with a 69-yard touchdown reception and an 80-yard punt return for a score. It was the first punt return touchdown in playoff history for the Bearkats and made him the third Bearkat in history with multiple punt return touchdowns in the same season. Sam Houston moved to 16-0 all-time in FCS Playoff games at Bowers Stadium. Meanwhile, head coach K.C. Keeler moved to 30-0 all-time in NCAA playoff games (Sam Houston, Delaware, and Division III Rowan) at home. Saturday marked the tenth time Sam Houston had taken on the No. 1 team in the nation, but only the third time at home. The Kats are now 2-8 all-time against No. 1 teams, but 2-1 at Bowers Stadium – having also won in 2004, 41-29, over then -No. 1 Montana. The Bearkats got their first win over James Madison, having lost 65-7 in the only other meeting in the 2016 FCS quarterfinals.

With a win over South Dakota State

Sam Houston would win its first ever FCS national title. The only other national title in program history came in 1964 when the Kats went 9-1-1 to earn a share of the NAIA title. A national title would be the first ever for a school playing under the Southland Conference banner, the league who plays host to the FCS National Championship in Frisco. Officially, the Southland has only had teams in the championship game four times previously: Sam Houston (2011 & 2012), McNeese (1997 & 2002) while Stephen F. Austin’s 1989 championship game appearance was vacated due to NCAA violations.

Sam Houston would finish 10-0 for the season. It would be the tenth time in program history the Bearkats have finished with 10+ victories and the fifth time in seven seasons under K.C. Keeler.

K.C. Keeler would get his 24th FCS Playoff win in his career, passing former Youngstown State head coach Jim Tressell for the most FCS Playoff wins in the subdivision’s history.

ROB: The Sam Houston defensive line just keeps on coming. The offense came through in the second half, but the defensive front has lived behind the line of scrimmage all season long – the big fellas took over in the second half of the 38-35 win over James Madison. The passing game will be challenged by a stellar South Dakota State secondary, but the Bearkats should be able to run the football.  The offense might not have worked well at times against the Dukes – there were too many mistakes early on – but again, the defense can hold up. James Madison ran well enough to get some key runs from its great backs, but it was all quickly negated by a ferocious Bearkat pass rush.  Sam Houston cannot let South Dakota State dictate the tempo or control the clock with the ground game, and the Bearkat defensive line must put constant pressure on SDSU quarterback Mark Gronowski to force mistakes.  South Dakota State lost to North Dakota because the Jackrabbits were -2 in turnover margin; the Jackrabbits only managed a field goal in the second half.  The Bearkats’ home-run threat on offense has the potential to make explosive plays Sunday.  Sam Houston 31, South Dakota State 28

KENT: The way QB Mark Gronowski has played for South Dakota State has increased the play with an already established running game with Pierre Strong, Jr.  The Jacks defense has been solid all season and should be able to slow the Sam Houston State attack.  As for Sam Houston, QB Eric Schmid has been inconsistent really the full playoffs.  But he has led the Bearkats to a late touchdown that won the game against North Dakota State and also led the comeback last week against James Madison.  The Sam Houston defense has also been somewhat inconsistent.  They do seem better equipped to stop the running game but might lead into more SDSU passing.  I think this game will be tight throughout with no team getting more than a 10 point lead in the game.  My pick is with the Jackrabbits.  They seemed to me destined to this title this season and will also keep the Missouri Valley Football Conference with the title.  South Dakota State 31 Sam Houston 24

RAY: Historically both the Bearkats and the Jackrabbits have come up short of grabbing the ultimate prize. SHSU twice in the title game and SDSU, well, this foray into the Lone Star State, as well as we all know, marks the furthest the Jacks have ever advanced in the long history of football at the school. It makes for an intriguing matchup. SDSU needed a late rally to get by Northern Iowa early in the season and needed another come-from-behind win to get past North Dakota State in the regular season finale to even put themselves in a position to keep their season alive. And frankly, I am not sure about SHSU. Was their win over James Madison a matter of outplaying the Dukes in the second half or was it more a matter of JMU imploding like no other team in playoff history? By looking at the cards and reading the tea leaves … and flipping a coin. Sam Houston 17, South Dakota State 14

JAMIE: Its going to be hard to separate the teams in this game.  It should be close throughout.  The weather looks to be a factor with rain in the forecast for most of the game. Both teams want to establish the line of scrimmage.  South Dakota State has the freshman quarterback playing his best at the right time and the Jackrabbits look like the beat team in the FCS.  But Sam Houston has been doubted all spring and have answered the bell every time.  I don’t see that changing this week. The aggressive front seven and sure handed wide receivers will give the Bearkats the edge.  Eric Schmid will make one more play than Mark Gronowski.  Sam Houston 24, South Dakota State  20

CHUCK: I keep doubting Sam Houston.  I doubted them against Monmouth, where they hung on to win on the very last drive against an underrated Hawks team.  I doubted them against North Dakota State, thinking the uber-FCS Champions would prove too much for the Bearkats.  And though I picked them to barely beat JMU at home, I had plenty of doubts as to whether they would pull off that “upset”, too.  At what point do I swallow my pride and say this Sam Houston team is for real?

Yet at the same time, South Dakota State seems like a different sort of challenge.  The Bearkats haven’t seen a defense like this yet in the playoffs – if they fall behind by 3 TDs to the Jackrabbits, like they did against JMU, it’s hard to picture the type of miraculous comeback Sam Houston had against the Dukes.  It seems like the key to the game is one team getting a two touchdown lead.  The first to do it might win, because it will be a punishing road for the QBs playing from behind – both defensive lines are tremendously talented, and have terrorized opposing QBs all playoffs.

This game will be won in the trench – who protects their QB better.  I think that team is the Jackrabbits.  South Dakota State 27. Sam Houston 18 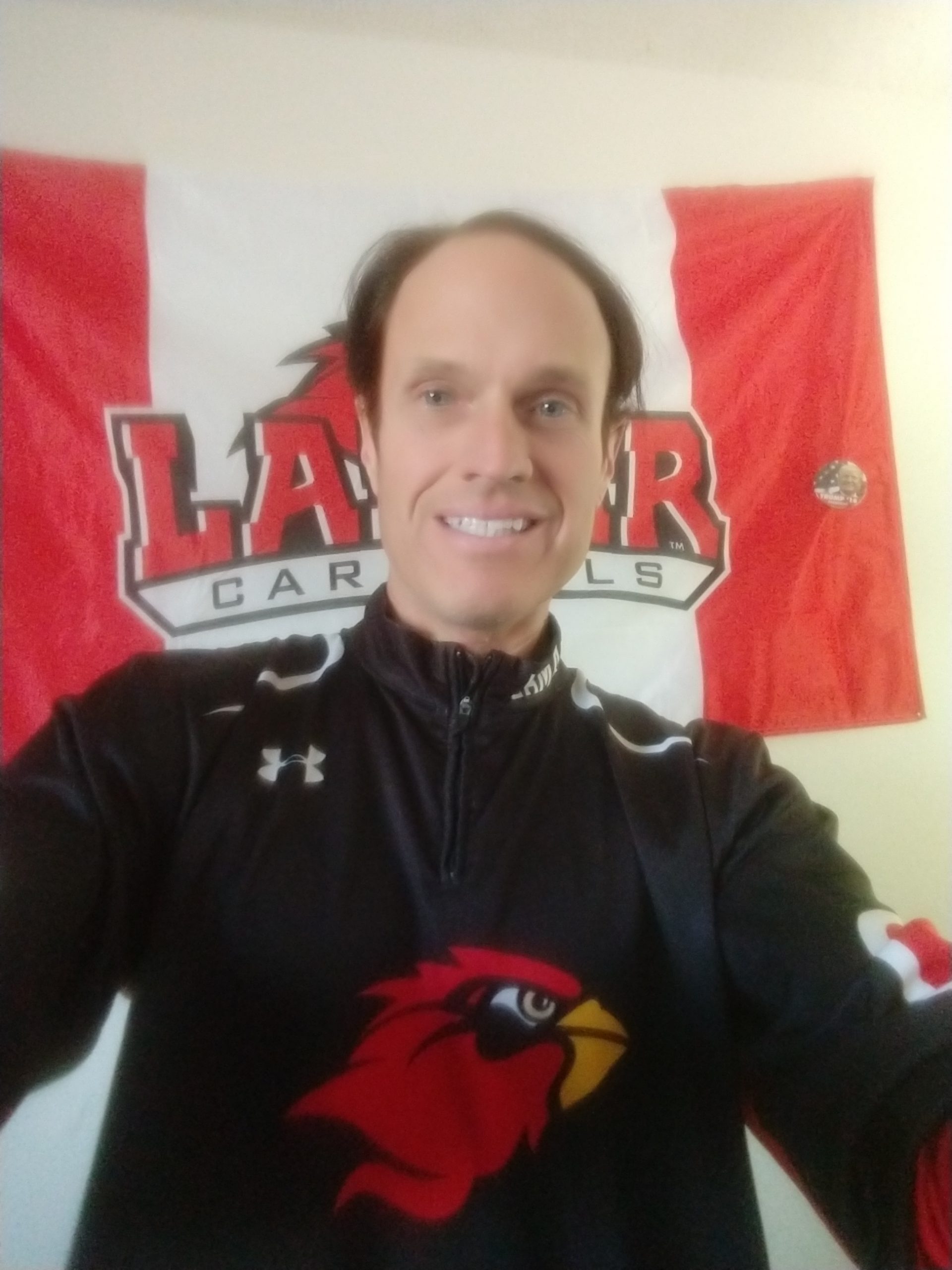