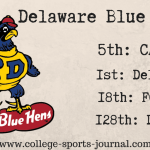 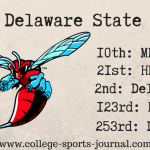 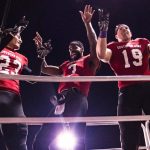 Top 10 Twitter Highlights No. 10. The No. 22/RV Northern Arizona football team scored 35 unanswered points after falling behind 7-0 to extend its current winning streak to five consecutive games as it rolled to a 45-31 victory over UC Davis in Big Sky Conference action on Saturday at the J. Lawrence Walkup Skydome. The five-game […] 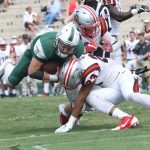 Top 10 Twitter Highlights No. 10. The Stetson University football team earned their first win in 2017 as the Hatters dueled to a hard fought victory over Brown University 17-13 at Spec Martin Stadium. The win improves the Hatters to 1-5 overall this season and snaps a nine game overall losing streak dating back […] 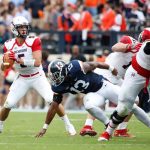 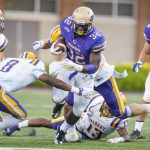 By Scott Levy, CSJ Columnist PHILADELPHIA, PA – The College Football season has surpassed the halfway point. Many teams have graced the ranks of the Top 10 and many have fallen from their position. The Colonial Athletic Association (CAA) has been a surprisingly strong conference thus far and will produce some interesting outcomes as […] 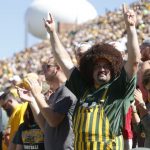 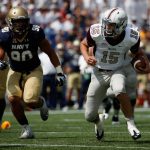 It doesn’t take a rocket scientist to see Eastern Washington’s star wideout Cooper Kupp as one of the best receivers at the FCS level, or dominating Sam Houston State defensive end P.J. Hall as a great pass rusher. It seems, in fact, that all anyone talks about in the FCS preseason is the painfully obvious. […] 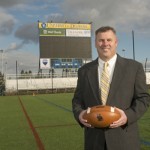 University of Delaware By David Coulson Executive Editor College Sports Journal NEWARK, DE. — It was a few moments before Delaware’s opening kickoff with Jacksonville on Thursday night and suddenly, Dave Brock was the loneliest man on Tubby Raymond Field. It wasn’t like Daniel, heading into the Lion’s Den in some ancient, Medo-Persian prison, or […]