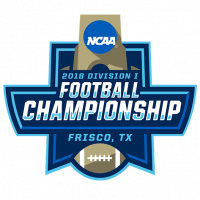 BOONE, N.C. — The task facing the NCAA Division I Football Championship Subdivision committee this weekend may have been the most difficult that any committee had faced in the 40-year history of this postseason tournament to determine a true national champion.

Committee chairman Richard Johnson said as much in his comments Sunday morning on the ESPNU broadcast that announced the 24-team playoff field.

“This was by far the hardest year ever in my five years on the committee,” Johnson, the longtime athletic director at Wofford, told an national television audience.

And, to its credit, the 10-man FCS committee did its work to near perfection — with one major exception.

Twenty-three of the 24 teams invited to play in a tournament that begins play next weekend were outstanding choices.

And then there was New Hampshire, which finds itself in the crosshairs of another controversial decision that kept coach Sean McDonnell and his team’s streak of an FCS-long, 14-consecutive appearances intact.

New Hampshire seemingly made the decision-making process easier for the committee on Saturday afternoon with a lackluster 15-0 loss at Albany. But for the second time in recent history, the Wildcats woke up on Selection Sunday to find themselves still in the playoff field.

It was reminiscent of New Hampshire’s 2012 selection, when the Wildcats — featuring one of the worst defenses to ever play in the FCS postseason — were picked over Towson, despite the Tigers’ 64-35 victory at UNH on the final weekend of the regular season.

The Wildcats were unceremoniously thumped in the first round, 23-7, by Wofford a week later, while Towson used its snub as motivation to make a run to the 2013 national title game.

The selection of New Hampshire this time left deserving squads from McNeese State and Austin Peay left scratching their heads as to why their seasons were over.

McNeese — a proud FCS program with a pedigree that includes two national championship game appearances (in 1999 and 2002) — has been ranked in the top-25 of the major polls for most of the year, but found out that its season-opening, 37-35 upset loss at home to Nicholls State was likely the reason the Cowboys won’t extend their campaign this Saturday.

For the want of a failed two-point conversion attempt and a 32-yard, game-winning Nicholls field goal on the final play of the game.

Little did we know that two plays would carry so much weight the rest of the season.

Johnson confirmed that Nicholls State was one of the last two teams picked for the field (along with playoff newcomer South Dakota). But he also noted that it was Delaware and Austin Peay that were the last two schools ousted, not McNeese State.

The Cowboys finished 9-2 overall and tied Nicholls State at 7-2 for third place in the Southland Conference, but were overlooked for several teams that posted 7-4 records to earn one of the 14 at-large berths into the field.

In the committee’s defense, the Cowboys had one victory against Florida Tech and a resume that didn’t include any signature wins. But seldom has a marquee FCS program with eight Division I triumphs been cast aside as easily as McNeese State was.

Montana and Eastern Washington — both former FCS champions — were rejected with 7-4 marks in a complicated scenario where three Big Sky Conference teams with 7-4 records were eliminated (along with Sacramento State) and one 7-4 BSC club (Northern Arizona) made the field. Both had arguments for selection with their strength of schedule and quality wins.

Austin Peay was the feel-good story of the 2017 regular season, with the Governors breaking a 29-game losing streak and a 1-49 cumulative mark over the previous four year to go 8-4 and finish second in the Ohio Valley Conference, with the only league loss coming to No. 3 seed conference champion Jacksonville State (34-14).

The Governors’ biggest problem was over-scheduling out of conference and the lack of overall strength by the Ohio Valley in 2017.

“The OVC was down this year,” Johnson said, bluntly.

Johnson suggested that it was hard to measure a Governors’ squad that didn’t play another FCS non-conference opponent outside of the non-scholarship Pioneer Football League’s Morehead State.

The trump card for New Hampshire may have been its week-two, 22-12 victory over former FCS icon Georgia Southern and the previous week’s 16-6 win against playoff-bound Elon in Colonial Athletic Association play.

But the win over the six-time FCS-champion Eagles, now competing in the Sun Belt Conference and an FBS squad, had to be tempered by the fact that Georgia Southern is experiencing the worst season in the history of its high-flying program and that the Eagles didn’t win a game until Saturday’s 52-0 win over South Alabama.

New Hampshire’s inclusion aside, the FCS committee has given us a compelling bracket of potential matchups from the first weekend on and a tournament that we are sure to reminisce about for years to come. 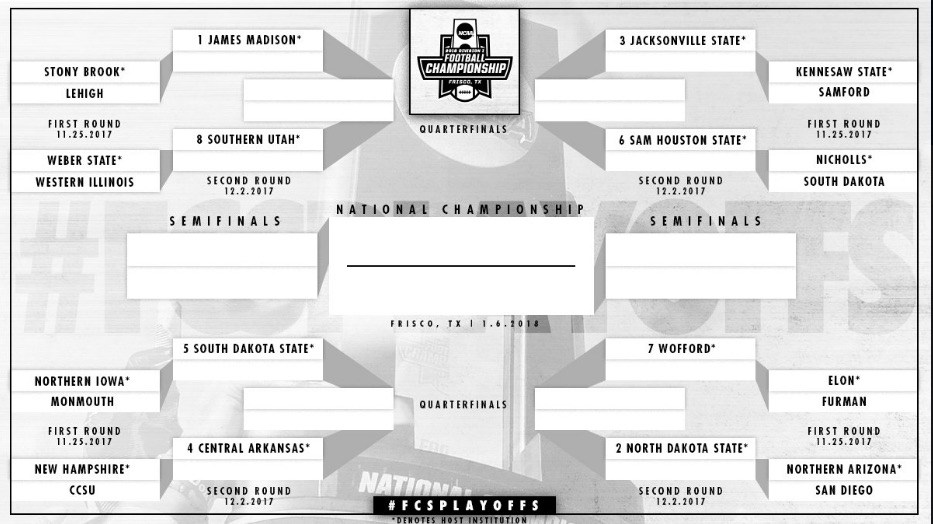