Below are the Top 25 FBS Group of Five (G5) rankings based on the Sagarin rankings for the week ending Nov. 18. 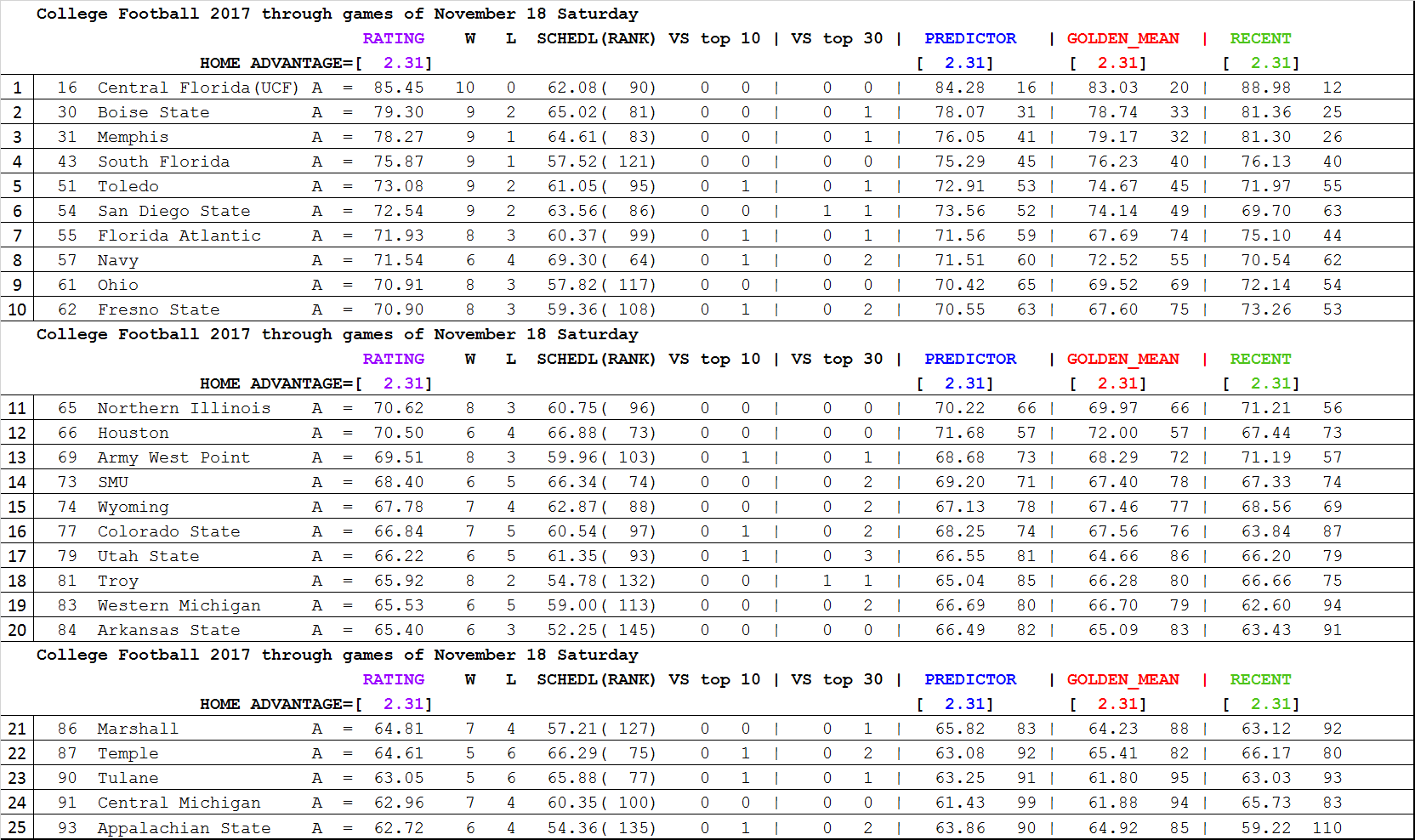 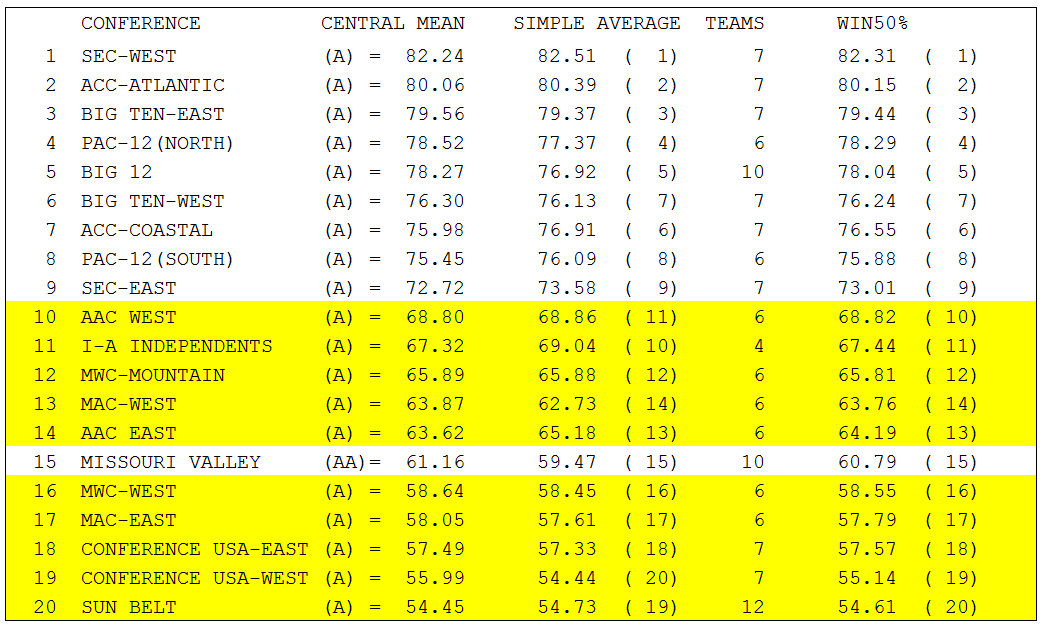