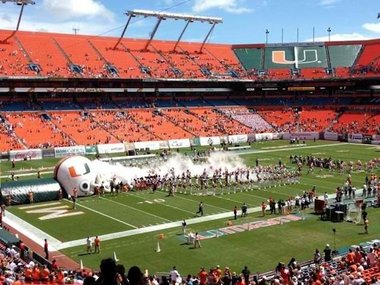 This week, the NCAA reported their annual college football attendance figures for 2018, including FBS, FCS, Division II, and Division III.

Once again, the base numbers showed many issues of concern for Football Championship Subdivision.

Certainly FCS isn’t an outlier when it comes to attendance troubles – all of Division I college football has had issues over the last few years. Last year, the FBS had their biggest drop in average attendance per game in 34 years. This year, seven of ten FBS conferences experienced their lowest-average attendance in a decade or more.

But as expected, FCS saw a similar decline across the board in their average per game numbers as well.

What’s wrong, and can anything be done to reverse the decline?

Everyone can agree that things have changed over the last thirty years on college campuses.

Even in the 1980s, having a TV screen in your dorm room wasn’t exactly a given, and when you did, your local college football team’s broadcast wasn’t necessarily available.

That meant a lot more arranging to get together to grab some friends, walk or drive to your local football stadium, and spend four or five hours eating, socializing, and watching a college football game.

Today, however, those days are more rare, as schedules get more packed and it gets harder and less desirable to wrangle up those friends and head to the game, especially if there’s a free broadcast, a free stream, a high-quality TV, and plenty of cold drinks in your refrigerator.

“We’re competing more than ever before against the television product we helped create,” Big 12 commissioner Bob Bowlsby said earlier this year. “There’s no line at the restroom, the beer is always cold. You don’t have to invest 8 hours going to the stadium. There’s no parking fees. You don’t have to pay seat license, and on your 70-inch TV it’s a pretty good viewing experience.”

Not to mention that there is much more content than ever before to watch at a consumer’s convenience. Thirty years ago, you were at the mercy of whatever ESPN and ABC had available – that was it. Now through multiple cable channels, pay services like ESPN+ or even free streaming services like Stadium, almost every Division I football game has a stream going on somewhere during a college football weekend.

It’s no longer six hours of content on TV – it’s more like consumers have the ability to watch college football content from morning (ESPN College Football Gameday) to the wee hours of the morning (“Hello from Aloha Stadium, as the Hawaii Rainbows take on New Mexico State!”)

Making matters worse is the fact that game times and game broadcasts are frequently determined mere days before the weekend, making it harder than ever for fans to plan for the event of going to a game.

“The extent of ESPN’s influence over college football is literally displayed on the face of your ticket to next week’s game,” The New York Times reported six years ago, but is still relevant today. “Tickets to most games are printed with the date and the opponent’s name, but something is missing: the kickoff time. That is because ESPN, under its contracts with conferences, has the right to set kickoff times and wait until 12 days before game day, or in some cases only six, to inform universities.”

This has a trickle-down effect to FCS games, which have little opportunity or leeway to switch their schedules in an effort to not butt up against an ESPN or prime-time broadcast.

Another issue is that technology has not caught up with college football venues, a problem at the entire Division I level but particularly acute at FCS facilities.

In this era of social media, fans want to share their experiences online with their friends, family, and greater community.

But few stadiums have powerful enough Wi-fi to support the number of selfies and Instagram posts that fans wish.

But without that infrastructure and ability to share, fans, and especially students still in school, are less likely to attend.

It’s somewhat ironic that the number of TV and streaming broadcasts are so numerous but the ability of fans to share and market their individual experiences are still so limited.

But if fans can’t hang out at a game and use their phones, they’ll go to a place where they can.

One of the areas where FBS and FCS schools are experiencing pressure in regards to online game experience is the NFL, who saw this trend coming much earlier.

“When we first started talking about this, it was about the tolerance level for our younger fans,” Michelle McKenna-Doyle, CIO of the NFL, said a few years ago. “It was certainly a lot less for accessibility and connectivity for other fans. Now it’s every person who attends a game. [The Millennial issue] was a hypothesis we had, but it got shut down pretty fast when even in our fan surveys it came up over and over again when we didn’t have the connectivity.”

By 2016, only three NFL stadiums were not hooked up with Wi-Fi, and Super Bowl 50 demonstrated to the league exactly how important that is: 10.1 terabytes of data usage transferred over the Wi-Fi network at Levi’s Stadium on game day. This “smashed previous data usage records, and was a 63% increase over the amount of data usage the year before at Super Bowl XLIX in Glendale, Arizona,” the article continues.

“To see how much they downloaded and uploaded really proved a point: They will consume as much as you give to them. You have to decide at some point what is the right balance, but I think it’s proven the point that Wi-Fi is a utility like water and power, and now it’s not an optional thing that you add,” McKenna-Doyle said.

These Wi-fi bandwidth capacities are not going to be an option at, say, Rice-Totten Stadium in Itta Bena, Mississippi. But increasingly places like the home of Mississippi Valley State are going to have to be able to answer the question of how they are going to provide at least some level of Wi-fi at their events, and it’s going to have to be an important budget item, just like weight training or field maintenance.

Making The Games More Of An Event

To me, it seems like the only way to reverse the attendance trend is to update the fan experience for the 21st century, making it an event you can experience real-time and online at the same time.

Better yet, making games such an event is a golden opportunity to make every Instagram post into a positive promotion for a school’s student and alumni experience.

“You know what our fans don’t ask for?” Drew Martin, Longhorns senior executive associate AD for external affairs, told CBS Sports’ Dennis Dodd recently. “They don’t ask for more commercials. We’re reminding fans the reason they come to a football game is to reconnect with your alma mater, your friends. It’s a big party. We’ve taken the emphasis out of the on-field result and put it back on, ‘You can’t get this at home.'”

Martin is right, and some schools at the FBS and FCS have been taking this seriously.

To their credit, HBCUs have long understood that attendance at games can be more about the event and less about the actual game. This is why the idea of neutral-site “Classic” games, with elaborate tailgating and spectacular games, have been a mainstay of the HBCU football experience for decades.

It’s the most likely reason why Jackson State, who led the FCS in average attenance, averaged 24,770 over four home games, narrowly edging out Montana who averaged 24.667 over six home games. Seven of the top thirteen FCS teams in average attendance are HBCUs, and those totals don’t even account for the attendance in neutral-site games, which are frequently even higher.

There’s also those chill-inducing moments as well that are part of the experience of actually going to a game, like playing AC/DC’s “Thunderstruck” as North Dakota State is running through the darkness of the Fargodome onto the field of play. 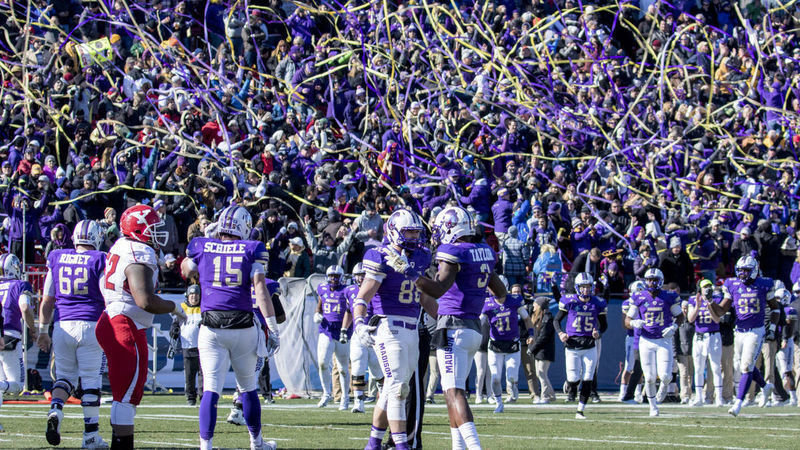 At James Madison, the pregame anthem is AC/DC’s “Hell’s Bells”, as the team runs through an inflatable tunnel depicting Duke Dog, JMU’s mascot. One captain holds the US Flag, another the flag of the State of Virginia.

When JMU scores a touchdown, purple streamers rain from the sky of Bridgeforth stadium.

These are “party moments” that need to be captured and broadcast, and can’t really be given justice from a live stream of the game.

“When you look at the work we put in, it’s remarkable to me how slow our industry is to put change on the overall game day experience,” Martin said.

Until FCS schools make it a number one priority to make the game experience superior to the TV experience in almost every way, this trend of declining attendance is likely to continue.

In a world where schools feel like their football programs are an important marketing arm of their institutions, to me programs need to make fan connectivity and shareability the number one focus of their efforts.

Fans oversharing their game experiences will be a better advertisement for schools than any glossy brochure, and FCS and FBS schools should realize this.