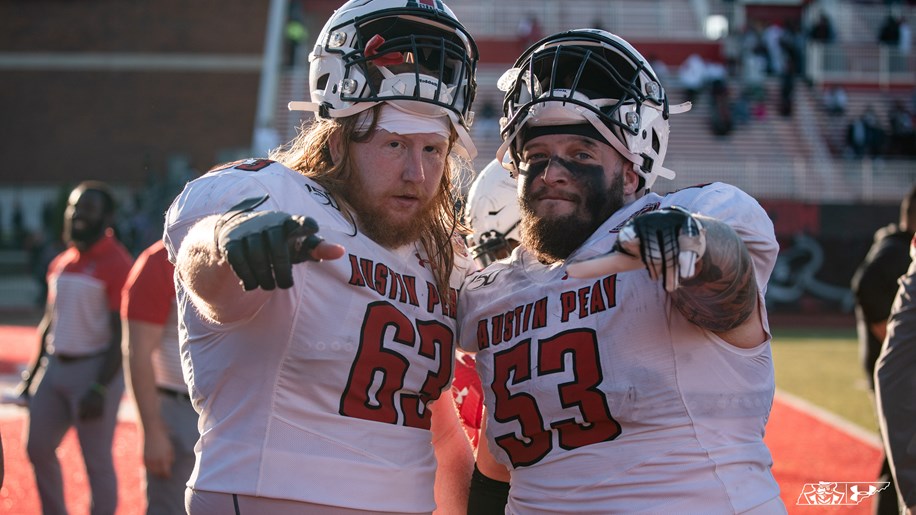 Top-ranked North Dakota State demonstrated exactly why they are the team to beat in the FCS after making it look easy against Northern Iowa, ultimately cruising past the Panthers 46-14. The unbeaten Bison (6-0, 2-0) sit atop the Missouri Valley Conference.

The Bison held an 18-14 lead at halftime and took the momentum early in the third quarter when Bison CB Josh Hayes leveled Northern Iowa WR Deion McShane to cause a fumble. Two plays later, wide-open TE Noah Gindorff caught a 30-yard touchdown from QB Trey Lance to put NDSU ahead 25-14.

RB Adam Cofield added rushing touchdowns of 1 and 37 yards in the fourth quarter, and Kobe Johnson scored on a 50-yard burst up the middle for the final margin. Cofield had 15 carries for a career-high 104 yards and the Bison finished with 347 rushing yards while averaging 6.8 per carry.

“I can’t say enough about everybody on offense and their ability to run the football,” Bison head coach Matt Entz said. “That was kind of the topic of the week.”

In the CAA, James Madison and Villanova were locked in a thrilling battle that could be considered the game of the year so far. Trailing 24-17, James Madison refused to back down and ultimately surged to a 38-24 win.

The Dukes forced a turnover on the opening play of the fourth quarter, leading to a 26-yard touchdown pass from QB Ben DiNucci to WR Brandon Polk three plays later to tie the game at 24-24.

On the ensuing drive, Villanova was driving before S M.J. Hampton returned an interceprion 83 yards for a pick-six, giving JMU a 31-24 lead with 10:48 to play. After a Villanova missed field goal, RB Latrele Palmer busted off a 69-yard touchdown rush to put the Dukes up 38-24 with 7:28 left. The Dukes answered with back-to-back interceptions by Rashad Robinson and Adam Smith to seal the win.

In the OVC, a vastly-unpredictable season took another vastly unpredictable turn as Austin Peay knocked off Southeast Missouri State 28-24, putting the Governors (4-2, 2-0) and UT Martin (4-2, 3-0) on top of the conference.

RB Ahmaad Tanner got 99 all-purpose yards and scored three touchdowns, the go-ahead plunge coming with 6:10 to play, and the Governors defense stopped the Redhawks cold on their ensuing possession on 4th and 2, then running out the clock to secure the win.

The victory marked the highest ranked team ever defeated by the Hornets and was the first win in Bozeman since a 19-17 victory in 1991. Sacramento State also defeated a ranked FCS opponent for the second consecutive week following a 48-27 win against then-No. 22 Eastern Washington last week.

The Hornets never trailed in the contest and rallied behind an offense which scored on five straight possessions and a defense which came up with big stops, including three on fourth down. QB Kevin Thomson threw for 260 yards and three touchdowns and also led the team with 74 rushing yards and two additional touchdowns.

In the Southland, Lamar (4-3, 2-2) presided over Sam Houston State (4-3, 3-1) 20-17 in three OTs, keeping the Cardinals’ hopes for the conference title alive and, by handing the Bearkats their first conference loss, thrust Nicholls (4-2, 3-0) into sole possession of first place in the Southland.

After a defensive battle that ended tied at 7 in regulation, two overtimes and 10 points apiece were not enough to separate the Cardinals and Bearkats. In the third overtime, the Cardinals got the ball first and got second field goal from PK Bailey Giffen (27 yards), turning it back over to the defense. Lamar put the Bearkats in third and long, and DB Michael Lawson stepped up to record his second interception to lock up the victory.

In the Ivy League, it was a battle of unbeatens on homecoming in Hanover, New Hampshire, but it ended up a lopsided rout as Dartmouth pummeled Yale 42-10 to give Buddy Teevens his 100th as head coach. WR Drew Estrada caught two long touchdown passes while becoming just the fourth Big Green receiver with 200 yards to help keep Dartmouth (4-0, 2-0 Ivy) with an unblemished record. Yale fell to 3-1 on the season and 1-1 in the Ivy League.

In the Pioneer, San Diego redshirt senior QB Reid Sinnett threw for five touchdowns spread among four different receivers while the San Diego defense shut out its opponent in the second half for the second straight game as the Toreros downed Davidson, 37-17, on Saturday at Richardson Stadium. The Toreros ended the game with 20 straight points after being deadlocked at 17 at half.

Finally, in the Patriot League, late in the 4th quarter Fordham QB Tim Demorat on 4th and 10 found WR Fotis Kokosioulis in the left corner of the end zone to have the Rams pull out a 30-27 win over Georgetown. Fordham (3-4, 1-0) takes on Lehigh, coming off a bye week, next week at home.