It was a week of marquee matchups across the FCS. North Dakota State, James Madison and South Dakota State all proved that they are the top three teams in the country by dispatching of top 20 opponents, each winning by double digits and scoring three times in the fourth quarter. Sacramento State threw themselves right into the fray of the Big Sky by handily beating Montana State in Bozeman. Halfway through the season, the crème is starting to rise to the top and the true contenders are elevating their game for the stretch run.

The Bison beat another top 10 opponent, asserting themselves as the clear top team in the nation. They have October 26 scheduled on their calendar.

The secondary looked uneasy through three quarters against Villanova, but then the Dukes woke up and forced 4 straight turnovers including an 83 yard pick six. JMU seems to be well on their way to a CAA title.

The Jackrabbits trailed at the half, but had a huge fourth quarter to get out of Youngstown with an important win. The Dakota Marker looms in two weeks after this weekend’s matchup with Indiana State.

Weber State forced six turnovers in their win over their in state rival Southern Utah. The Wildcats are one of the teams at the crowded top of the Big Sky fighting for the league title. Weber State has an elite defense.

Montana returns from the bye week,where a win over Sacramento State on the road will put them in the driver’s seat for the Big Sky title and playoff seed.

Furman comes off the bye rested and ready for their test against the Citadel. The Paladins look like the best team in the Southern Conference by a fairly wide margin.

Villanova gave James Madison all they could handle for three quarters, but the Wildcats caught the turnover bug in the fourth and could not recover. There’s no rest for the Wildcats in the always-tough CAA – they face Stony Brook next week.

The Aggies come off their bye week to face a huge challenge from a game Florida A&M team. The Rattlers could be the toughest task NCAT faces the rest of the season.

The Redbirds bounced back from their loss to NDSU by getting past Southern Illinois. This team will need to avoid the last season swoon that has affected them the last couple of years. The Tigers throttled Lafayette last week. Unfortunately, the only challenges they will see this season will come in the form of other Ivy League teams.

Nicholls took care of business against Northwestern State. A showdown against Sam Houston State awaits this week in a game that could determine the Southland champion.

The Owls won again – which isn’t shocking. Its unfortunate that their schedule isn’t better so we can find out how good they actually are. 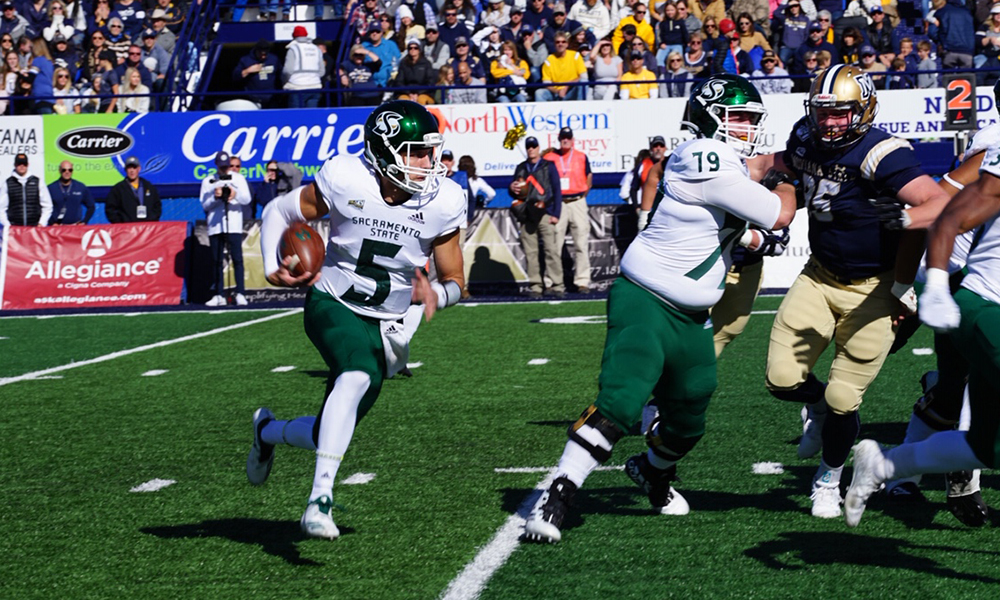 The Hornets put everyone on notice that their start was no fluke. They went up to Bozeman and easily beat Montana State. This week Montana comes to visit. A win in that game will set the Hornets up for a legitimate shot at the Big Sky title.

The Bobcats lost a home game to Sacramento State last week, a game that most of FCS Nation thought they would win. As a result, Montana State seems to be a step below the top three in the Big Sky.

Northern Iowa hung with the Bison for three quarters but couldn’t match them in the fourth. This is probably still a playoff team, but there isn’t much room left for error.

Central Arkansas broke their two game losing streak, but it wasn’t easy. The Bears took a fight from McNeese State, but they held up.

In back to back games, Austin Peay has beaten Jacksonville State and Southeast Missouri State. Surprisingly, the Governors are in the OVC driver seat at this point in the season.

Dartmouth hammered undefeated Yale last week to assert itself as one of the top two teams in the Ivy League.

Much like their playoff loss to Duquesne, Towson inexplicably lost a home game to a team they should have handled. Full marks to Albany, but the Tigers will want this one back, especially come FCS playoff selection time.

New Hampshire has quietly rattled off four straight wins on the strength of their defense to share the CAA lead with James Madison. Their next three games will determine their fate as they face Delaware, Villanova and James Madison.

Youngstown looked to be every bit the equal of South Dakota State for three quarters, but the Penguins faltered in the fourth and couldn’t pick up the big win.

Jacksonville State has struggled against some of the lesser teams in the OVC, but have still found ways to win. If the Gamecocks win out, they should find themselves in the playoff field.

Wofford has three straight convincing wins after opening the season with two head scratching losses. Their season will hinge on their matchup with Furman, where a loss may leave them on the outside looking in.

Central Connecticut is a botched punt away from being 6-0 with an FBS win. As it stands, the Blue Devils have not lost a game to an FCS opponent and look like the favorite in the NEC. As Duquesne showed last year, the NEC champion should not be taken lightly in the first round of the playoffs.