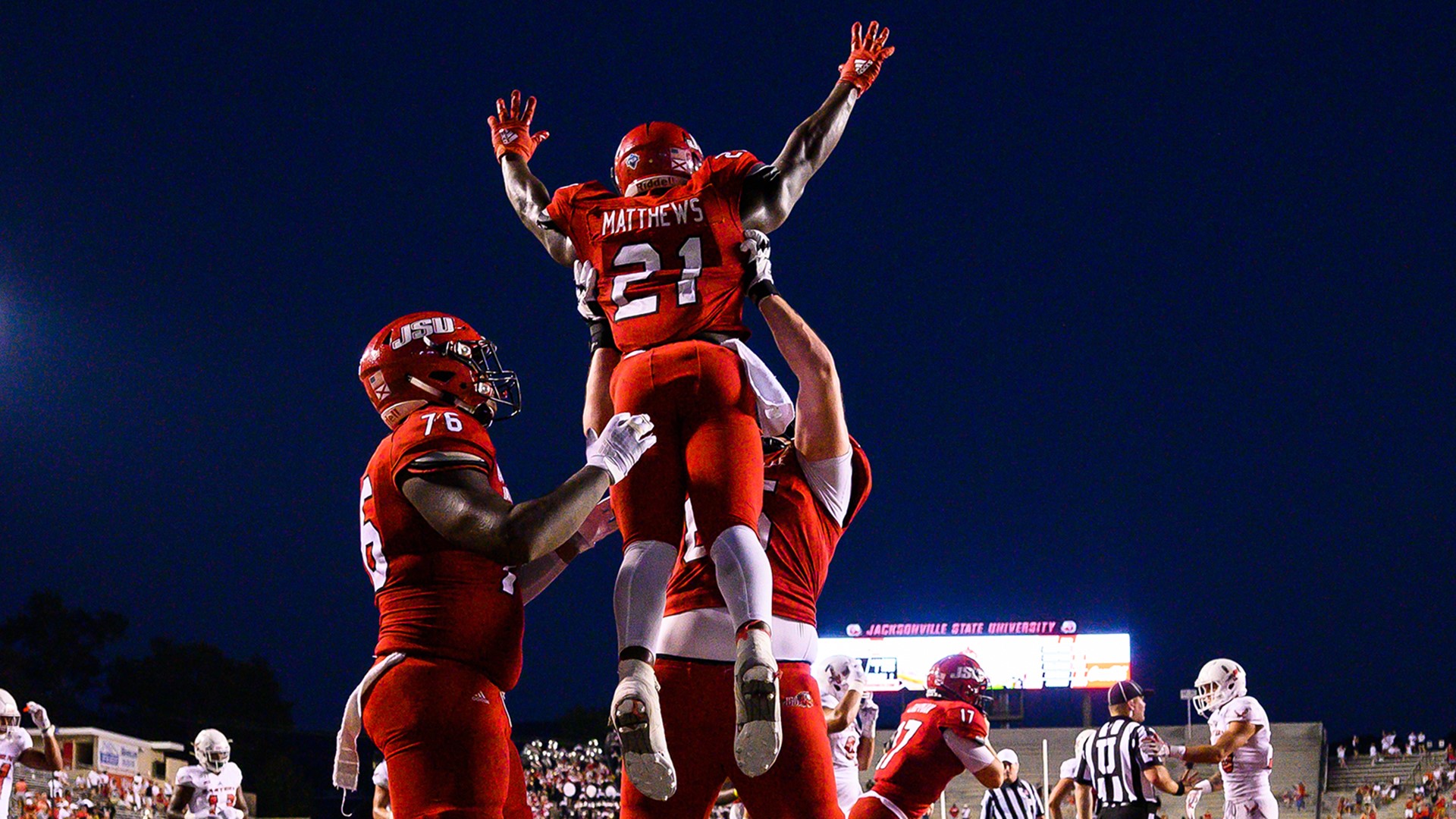 It was a week of high-profile Top 25 clashes in FCS this week, as the marquee games of the week pitted Delaware vs. North Dakota State and Eastern Washington vs. Jacksonville State. One was a Bison display of dominance, the other a thriller that could be the game of the year. Adding to the fun of this week’s games was a shootout in Vermillion, South Dakota and another big FBS upset in Georgia.

Top-ranked North Dakota State held Delaware to less than 100 yards of total offense through the first three quarters and cruised to a 47-22 victory before a crowd of 14,489 at Delaware Stadium. RB Kobe Johnson rushed for 101 yards on 11 carries, while freshman phenom QB Trey Lance was 18 of 23 passing for 195 yards and three touchdowns. The Bison put up 490 yards of total offense and had a 340-92 advantage through three quarters.

The Jacksonville State Gamecocks were staring down the barrel of a 1-2 start to the season, down by 21 to high-powered Eastern Washington late in the game. But in most incredible fashion, Jacksonville State overcame a 21-point deficit to claim a 49-45 win over the Eagles before a Band Day crowd of 20,901 at Burgess-Snow Field. RB Michael Matthews‘ 1-yard touchdown plunge with a tick under one minute remaining gave the Gamecocks their first and only lead, and CB Yul Gowdy sealed the win moments later with an interception that set off a raucous celebration throughout the stadium. Eastern Washington was the highest-ranked opponent Jacksonville State defeated since 2002.

“What a great win for our football team,” said Jacksonville State head coach John Grass. “It was a great, classic game. I’m just so proud of the guys. Never give up on a Gamecock until he takes his last breath.”

In Vermillion, South Dakota, Houston Baptist WR Ben Ratzlaff hit junior H-back Coleman Robinson for a two-point conversion after the Huskies scored with 1:14 remaining to rally past South Dakota, 53-52. QB Bailey Zappe completed 41-of-53 passes for 513 yards, five touchdowns and three interceptions for the Huskies (2-1), setting new school records for completions, yardage and tying the touchdown mark. Ratzlaff also broke the school records with 12 catches for 153 yards and three scores. It was the Huskies’ first FCS victory since 2017.

VMI too earned their first Southern Conference victory since the 2016 season when they beat East Tennessee State 31-24 in overtime in a game marred by several hours of rain delays at Greene Stadium in Johnson City, TN.

Trailing 24-21 late in the game after a 61-yard rushing touchdown by ETSU, the Keydets marched down the field aided by a 29-yard dash by Alex Ramsey up the middle that set up a 30-yard field goal by Grant Clemons to knot the score at 24 apiece and force overtime.

In the extra period, VMI QB Reece Udinski looked to senior WR Javeon Lara on every play and connected with him on a 21-yard reception that saw Lara break a tackle and scamper down the sideline for what proved to be the game-winning score to put VMI up, 31-24. ETSU advanced to the VMI 5-yard line on their overtime possession, but a one-yard rush and three consecutive incomplete passes sealed the win for VMI as the Keydets understandably rushed the field in elation.

Finally, the third FBS scalp of the 2019 college football season was bagged by The Citadel when PK Jacob Godek booted a 37-yard field goal in overtime to give the Bulldogs a 27-24 victory over Georgia Tech at Bobby Dodd Stadium. The Bulldogs controlled the clock the entire game as they held the ball for 41:50. They had it for at least nine minutes in all four quarters, including 11:25 in the second quarter and 11:52 in the fourth quarer.

The Citadel’s conferencemate Furman came within a whisker of upsetting an FBS team yet again for the second straight week, barely getting outlasted by Virginia Tech 24-17, and Montana played FBS Oregon very tough in the last college football game on the slate, playing the Ducks tough before ultimately falling 35-3.

Below are some video highlights of these games. And the scores have a link to their school’s official recap.