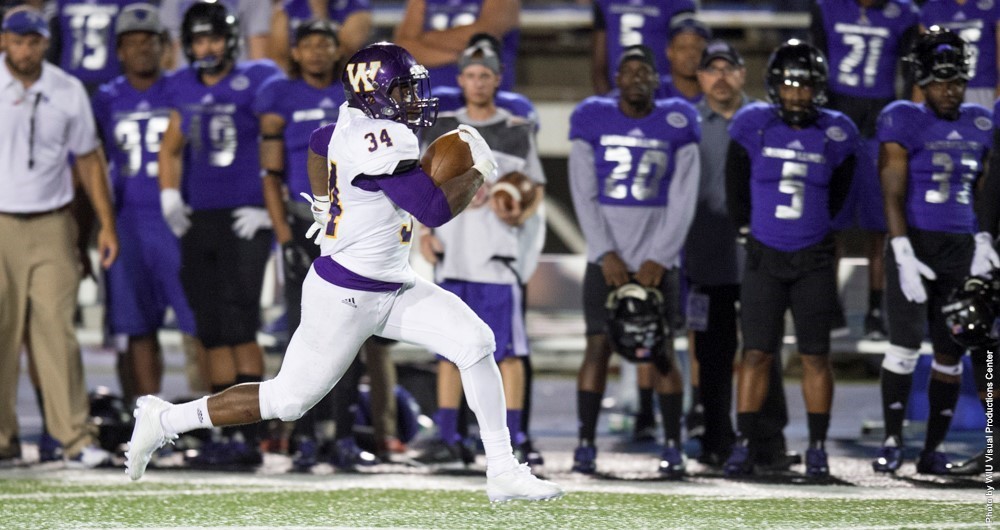 The Leathernecks opened the season with a 38-21 victory over Eastern Illinois in front of 7,618 in attendance at O’Brien Stadium.

It was the first win for new coach WIU Charlie Fisher, who previously coached as an assistant at Richmond.

Fisher said. “We stayed the course. It wasn’t perfect, it wasn’t pretty. But first games are like that.”

Eastern Illinois marched down the field on the game’s first possession as Korliss Marshall ripped off an 18-yard rush in his EIU debut to give the Panthers an early 7-0 lead.

EIU’s defense then held Western Illinois to a three-and-out. Leatherneck linebacker Brett Taylor quickly changed that on the second EIU drive forcing a fumble and that was recovered by WIU at the EIU 17 yard line.

McShane caught a 13-yard pass from Sean McGuire to start the drive and plunged over from 1-yard out four plays later to tie the game at 7-7.

WIU’s defense then forced a three-and-out and McGuire had a 5-yard touchdown run in the closing moments of the first quarter to put WIU up 14-7.

Taylor’s interception in the final minute of the second half set up a McGuire 2-yard pass to Tony Harper with 13 seconds left in the half to give the Leathernecks a 21-7 margin.

McShane responded for Western Illinois as WIU scored with 27 seconds left in the quarter. McShane had two big runs for 41 yards in the drive and caught another pass for 15 yards. Devon Moore scored the touchdown on a six-yard run.

Taylor finished with 14 tackles playing a role in two of the three turnovers as he added an interception later in the game for WIU.

“It’s a simple game. If you turn it over, you lose and we did that, again,” EIU coach Kim Dameron said. “We gave them some gifts that they didn’t have to work real hard for. Then when we got the chance to get down there, we didn’t execute and do a good job”

Kimble passed for 323 yards going 18-of-29 with two touchdowns and one interception for the Panthers.