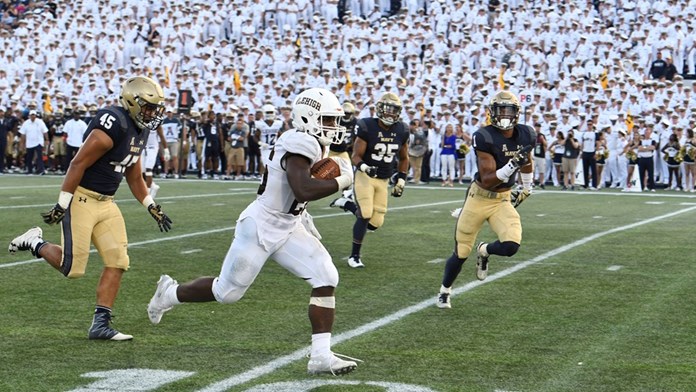 Lehigh head coach Tom Gilmore mentioned on the annual Patriot League football preseason teleconference how much he was looking forward to getting onto the field with a full team.

After being hired midway through the first and second recruiting periods this winter, he mentioned how much he had to focus on organizing his staff and getting on the road almost immediately to order to “recruit some numbers,” as he called it.

Lehigh’s spring roster had some clear returning talent – like QB Tyler Monaco and RB Rashawn Allen, who were also on the teleconference – but the roster was small.

The end result when all is said and done is an enormous incoming class that will provide depth and starting opportunities for freshman in the fall.

“Over 40% of our team are first-year players,” Gilmore said. “And we’re excited to see what some of these freshman can do to enhance our roster and push the upperclassmen to be the best version of themselves on the field.”

The Lehigh upperclassmen also appear to have gotten another push from another source – the voters in the Patriot League preseason poll.

Lehigh was picked to finish 5th in the Patriot League, a full 34 polling points below the first-placed team, Colgate. They also were picked to finish behind Holy Cross, Georgetown, and Fordham. 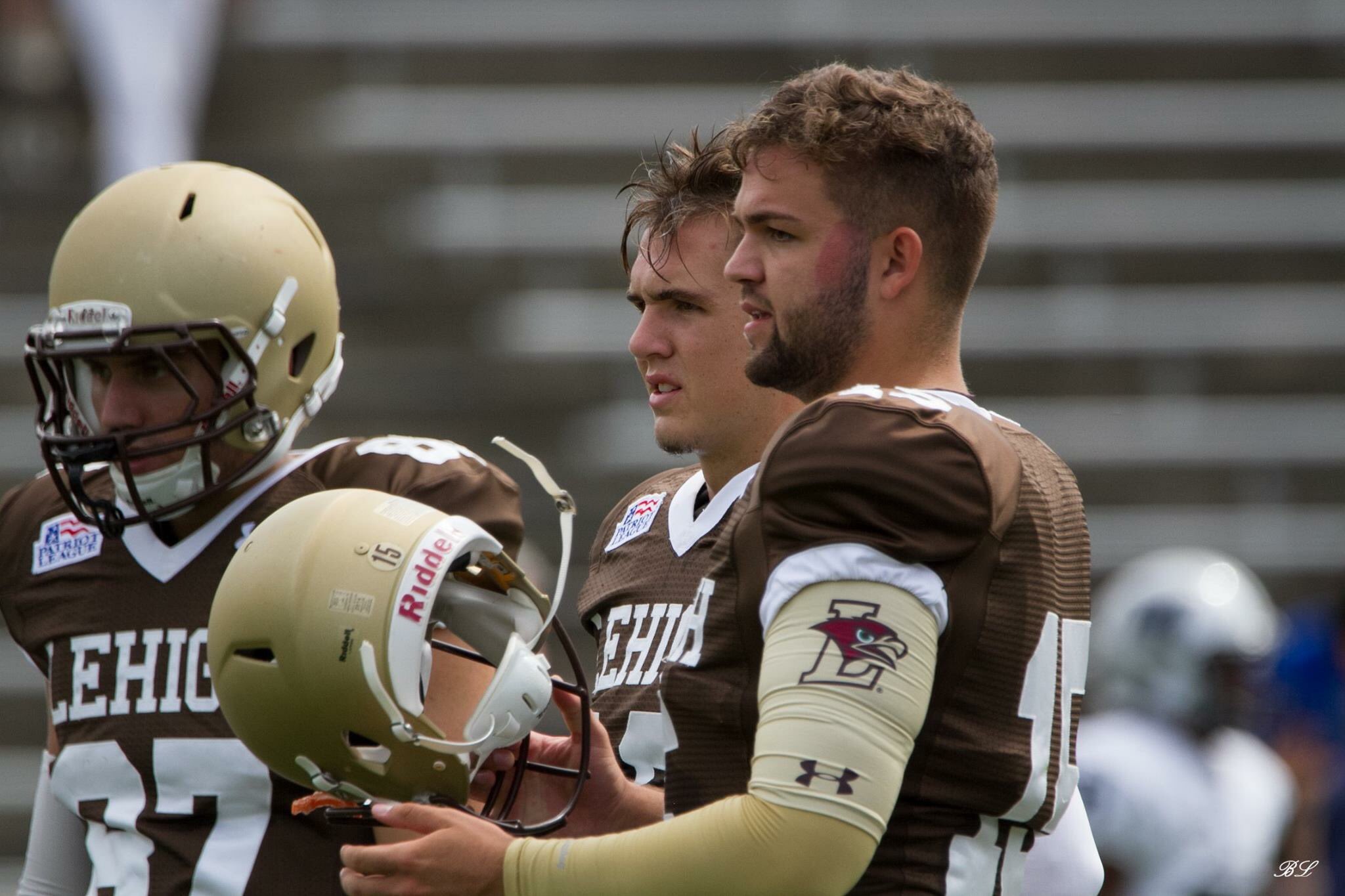 Chip On Their Shoulders

“I have a good chip on my shoulder after the evaluation we got,” Monaco said. “They [the voters] don’t know what we have. I very passionately believe in what we’re doing here and I’m excited to be a part of it. I’m going to be the best teammate I can be to help this team win games, and to put Lehigh back to historically where it has been.”

Allen said that last years’ disappointment seems to have animated everyone involved with Lehigh football.

“I feel like there is a completely different mindset in the program,” Allen said of being picked fifth in the league. “The players, coaches walk around now with a chip on our shoulder. Especially after last season’s performance, we have a lot of things to prove.”

Gilmore didn’t mention the phrase “chip on my shoulder”, but that vibe also shone through his comments as well.

“I think we have some really good players,” he said. “A lot of people might not be aware of some of the rising talent in the program. I do think we have a lot of talent, [but] I don’t think that we’re the deepest roster in the league or the country – not where Lehigh is typically accustomed to being. At the same time, I think we have a good core of upperclassmen to develop the type of program we want to be.”

Gilmore, Allen and Monaco talked about the work they have put in this offseason, and how it’s brought the entire usit together.

The 2018 season was disappointing, but also a rollercoaster ride of emotions.

Head coach Andy Coen was clearly going through something all year, but it wasn’t revealed exactly what it was as the losses started to pile up.

In the final game of the season – against hated Rival Lafayette – the Mountain Hawks delivered to Coen a resounding 34-3 win to not only end up sending Andy out a winner, but to have him tie Bill Leckonby’s program record for career head coaching wins.

It was after the season that it was announced that Andy was going to be retiring from coaching after being diagnosed with early-onset Alzheimer’s disease.

It was after a nationwide search when it was decided that former Patriot League head coach Gilmore, who at the time was on Wake Forest’s staff, would be the next head football coach at Lehigh.

That hiring started a whirlwind of hiring many new staff, going on the road almost immediately, and setting up a spring season where there were way fewer bodies than usual.

Gilmore, however, had some experience with transitions like this, being a part of one when he was hired off of Lehigh’s staff by Holy Cross years ago. In that sense, he could have been the perfect candidate to steer the ship through these waters.

“The players are going through as much of a transition as the coaches at this point,” Gilmore said. “We did a good job learning a lot about each other over the winter, spring, and summer. It’s not that different from transitions I’ve encountered in other places I’ve been.”

“It’s like a workplace. We have new bosses now,” he said. “There’s going to be different feel to things. The way Coach Gilmore goes about things is different from the way Coach Coen went about things. We have embraced the change and as a unit, we’ve really become close. This is the closest we’ve been in years after having to go through these changes.”

That closeness appears to have helped the offense gel together this offseason.

“We have a shared closeness we’ve gained throughout the winter, spring, and summer,” he continued. “I think that’s honestly made my job – what’s presumed a leadership role – easier. We all see things the same way. We have a very young team, and everybody bought in 100%. I’m excited to be a part of it.”

Rashawn Allen, on what he did this offseason to prepare: “Mostly I’ve been just training myself to be ready for the full load of a lead player,” Allen said. “I’m trying to live up to the potential of RB Dom Bragalone, who was a real elite back. I’m training to go past that, and do my own thing.”