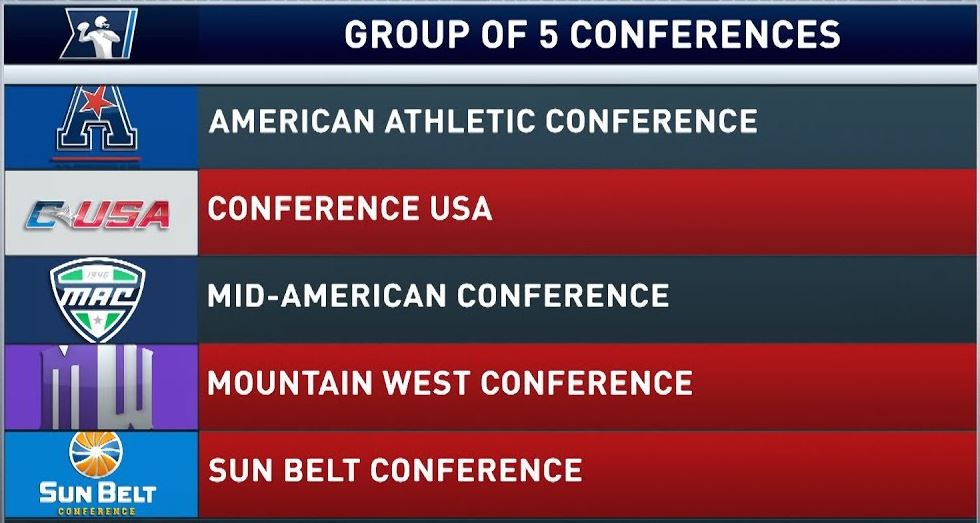 The game of this week happened on Friday with UCF falling at Cincinnati. But there are still several teams still in the running to be the best G5 team this year.

Things to keep in mind are the New Year’s Day Bowl bid for these teams. With UCF losing last night, this opens things up a bit with Boise State and Appalachian State seem like the logical choices. However, SMU or Memphis also could be in the mix from the AAC as could be the team that just beat UCF in Cincinnati.

Here are my picks of the Top 25 below:

2. Boise State (4-0) at UNLV — The Broncos now have the inside track for the New Year’s Six Bowl game and will take an easy win this week over the Rebels. Boise State 41 UNLV 17

4. Utah State (3-1) vs. Louisiana State–The Aggies have been strong all season and QB Jordon Love gets to show his efforts in SEC country. But it won’t be quite enough to take down the Tigers but will be closer than the experts think. LSU 31 USU 20

5. Memphis (4-0) at Louisiana-Monroe–The Tigers travel to ULM out of the Sun Belt. The Tigers will be challenged early but will roll late. Memphis 38 ULM 27

7. SMU (5-0) vs. Tulsa–The Mustangs are playing their best ball since the early 1980s and will get a test from the Golden Hurricane but will prevail in the end. SMU 36 Tulsa 21

8. Tulane (3-1) at Army–The Green Wave turnaround has been great under Coach Willie Fritz. Now a road game in upstate New York will truly be a test with the Army triple option. The Black Knights will be ready and will take this game down to the wire and get a last minute win. Army 31 Tulane 30

12. Air Force (3-1) at Navy–The Commander-in-Chief’s Trophy begins in Annapolis this week. The key will be which defense can stop the opposing team’s option attack. The Falcons have more talent here and will lead to the road win. Air Force 27 Navy 24

13. Toledo (3-1) vs. Western Michigan–Thes Rockets host the Broncos and the home field will be the difference in these two evenly matched squads but will be a game not decided until the late stages. Toledo 45 WMU 42

23. Arkansas State (3-2) at Georgia State –After the Tennessee upset win the Panthers have come back to earth. They will be grounded further with the Red Wolves coming to town. ASU 44 GSU 30