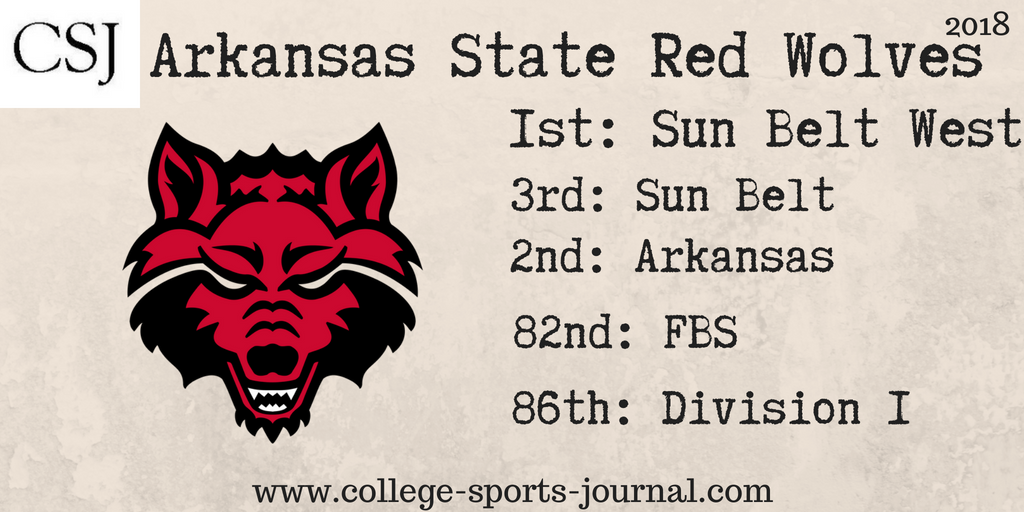 2017 In A Sentence: The Red Wolves have been a consistent Sun Belt winner and finished 7-5 last season although a regular season finale loss to Troy and Camellia Bowl loss to Middle Tennessee State curved a solid season.

Biggest Shoes to Fill: DE Ja’Von Rolland-Jones was last year’s Sun Belt Defensive Player of the Year. He ended his career with a conference record 43.5 sacks. Last year alone, he had 19.5 tackles for loss and 13 sacks. He signed a free agent NFL contract with the Cincinnati Bengals.

Key Player: QB Justice Hansen was the Sun Belt Offensive Player of the Year in 2017 and with the weapons around him, the Red Wolves should put up similar numbers as last year. He threw for 3,967 yards and 17 touchdowns last year.

Fearless Prediction: ASU returns just four starters on defense so there are some concerns on that side of the ball but has reloaded with a number of junior college talented players so this side should be fine. With the offense putting up the points it expects to put up, the Red Wolves should be the best team in the Sun Belt West and be in the first ever Sun Belt Conference championship game if all holds.