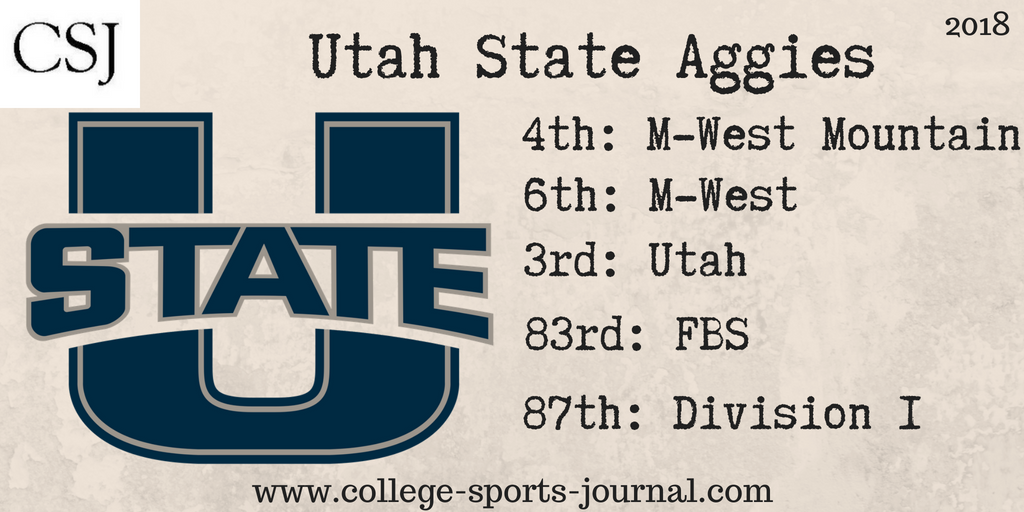 2017 In A Sentence: Coming off a 3-9 season in 2016, the Aggies improved to finish with six wins and an Arizona Bowl bid but lost to New Mexico State in that game to finish 6-7 overall.

Biggest Shoes to Fill: RB LaJuan Hunt will be a big challenge to replace after he rushed for 828 yards and 11 touchdowns last year. He was also a threat in the passing game as he caught 30 passes for another 187 yards and an additional score.

Key Player: QB Jordan Love was inserted into the starting line-up late in the season last year in his redshirt freshman season. He was the spark that allowed the Aggies to win three of four games to get to bowl eligibility. In total, the now-sophomore threw for 1,631 yards and eight scores. He also added 165 yards on the ground and two more touchdowns.

Fearless Prediction: The defense will need to improve and be more consistent (gave up over 40 points in three games, while had four games under 14 points). But the offense should not be a concern and should be a bowl team again this year. If the defense improves enough, USU will be a contender in the MWC Mountain Division.