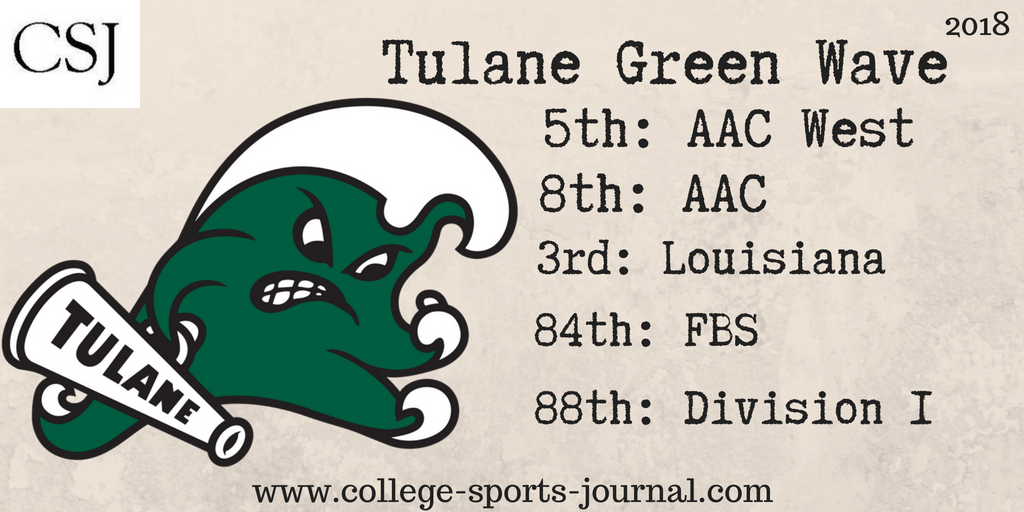 2017 In A Sentence: The Green Wave were stopped near the goal line in the last regular season game to lose to SMU and cost Tulane a bowl bid as that loss to ended the season’s record at 5-7 but was a one game improvement over Coach Fritz’s first season.

Biggest Shoes to Fill: CB Parry Nickerson led the conference in interceptions with six. His six picks rank tied for fourth in the NCAA Football Bowl Subdivision at 0.5 per game. His 14 passes defended (six interceptions and eight pass breakups) rank tied for fourth in the AAC and tied for 37th in the country at 1.2 per game. He was selected in the 6th round of the NFL Draft by the New York Jets.

Key Player: QB Jonathan Banks is back for his senior season and hopes to get enough offense to get that elusive sixth win to get a bowl bid with his dual threat abilities. He threw for 1,797 yards and is the top team returning rusher after gaining 592 yards in 2017. In total, he had 19 touchdowns last year.

Fearless Prediction: Coach Fritz is entering his 24th season as a head coach and has never had three consecutive losing seasons so look for that streak to stay in tack as Tulane has enough firepower on both sides of the ball to get to six wins but given the talent level in the rest of the AAC, it likely won’t be much more than that.