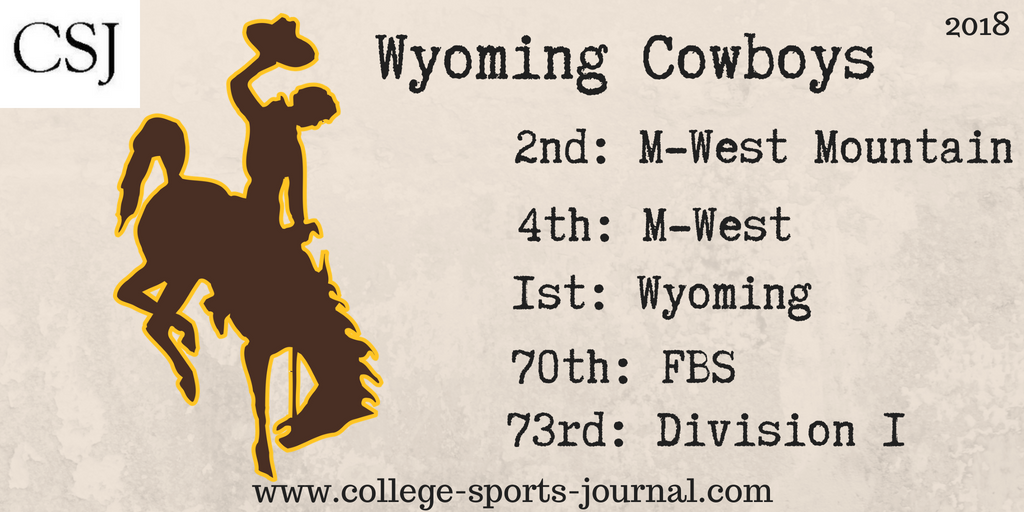 2017 In A Sentence: Coming off a MWC Mountain Division title and having an All-American quarterback returning, most thought the Cowboys would be a favorite to win the league last year but injuries and inexperience elsewhere on offense resulted in just an 8-5 overall mark but the team did finish the season with three wins and a win over Central Michigan in the Famous Idaho Potato Bowl.

Biggest Shoes to Fill: QB Josh Allen led the Cowboys to two consecutive eight-win seasons, two consecutive bowl appearances and he concluded his college career with a 37-14 victory over Central Michigan in the Famous Idaho Potato Bowl, earning Most Valuable Player honors for the bowl win. He was named the North Team Most Outstanding Player in the 2018 Senior Bowl and was drafted seventh overall in the NFL Draft by the Buffalo Bills.

Key Player: QB redshirt freshman Tyler Vander Waal and senior Nick Smith have been competing since spring ball and it still a no decision on the starter has been made. Smith started four games last year in place of an injured Allen but was not real effective. From spring ball and going into fall practices, it appears Vander Waal will get the nod.

Fearless Prediction: The Wyoming defense returns eight starters on a team that gave up just over 17 points per game so this side of the ball should be just fine. If the new quarterback can be efficient and protect the ball and the rest of the offense improves, Wyoming is good enough to contend for the Mountain Division title and play in a bowl game for a third consecutive season–something that has never happened in school history.