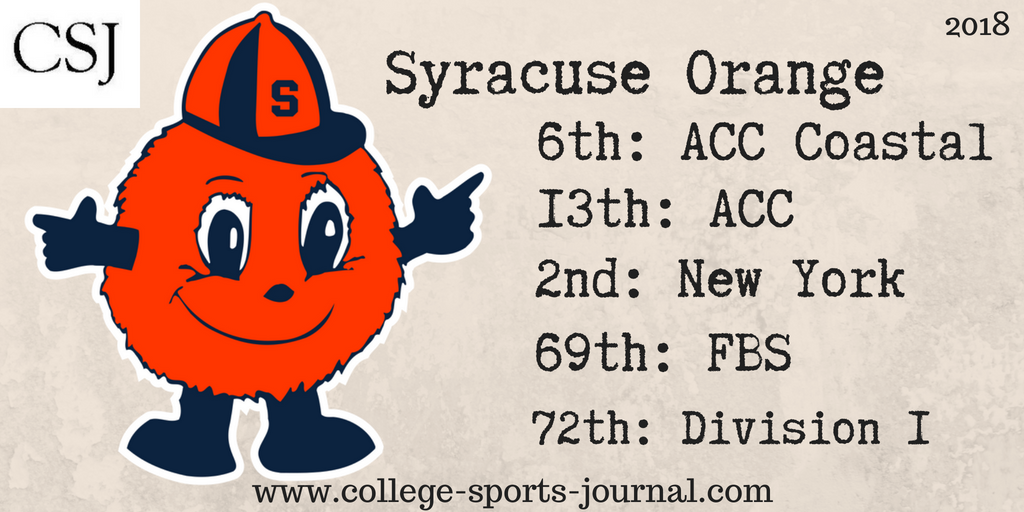 2017 In a Sentence: Syracuse struggled through a very uneven 2017. While they were able to hang close with many teams, they were unable to find a rhythm and string wins together.

Biggest Shoes to Fill: WRs Steve Ishmael and Ervin Phillips The Orange lose their two leading receivers from 2017. Steve Ishmael graduated as Syracuse’s all-time leader in receiving yards. In 2017 Ishmael recorded 105 catches for 1347 yards. Ervin Phillips is Syracuse’s all-time leader in receptions and was a versatile player used as a received, running back and kick returner. Between Ishmael and Phillips, coach Dino Babers has to replace 193 catches and 2251 receiving yards. Even with a great quarterback, that may be too much to overcome. 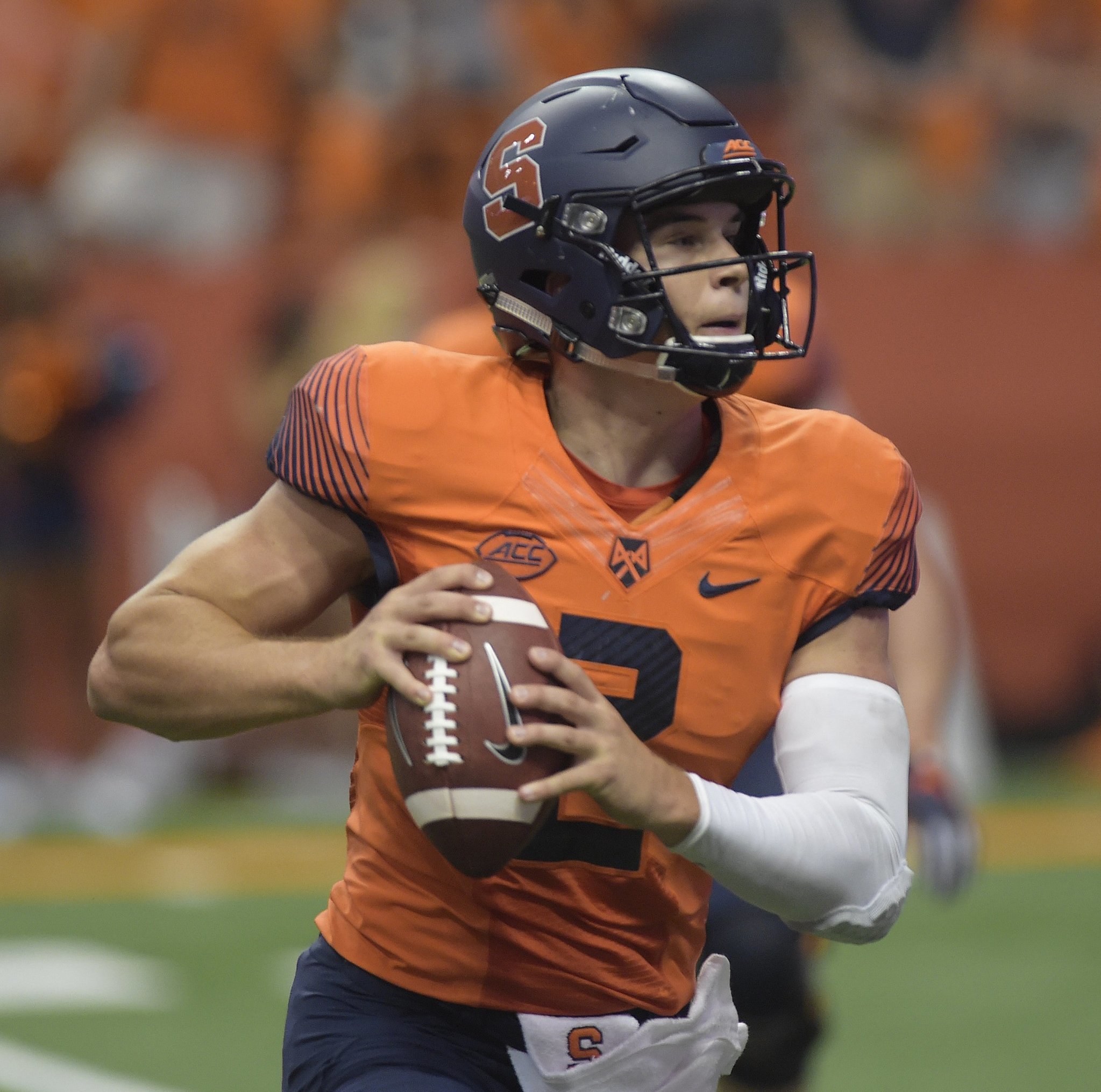 Key Player: QB Eric Dungey. On the list for the Unitas award, presented each year to the nation’s top college quarterback, Eric Dungey will be the most talked about player on Syracuse football. He is a 3rd team all ACC selection in 2018 and is the only active FBS quarterback with over 6000 passing yards and 1000 rushing yards.

Fearless Prediction: Syracuse is looking at another subpar season. Despite Dungey’s unquestioned talent, the Orange may not have enough offense to keep pace in the ACC.