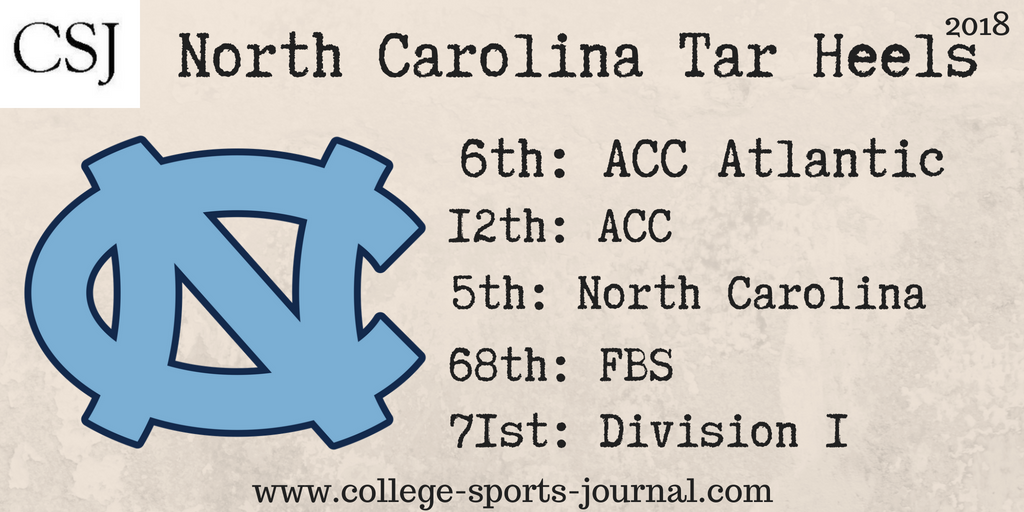 2017 In a Sentence: North Carolina struggled to keep opposing offenses off the board and struggled to put points on the board which lead to a paltry 3-9 record. There was no Mitchell Trubisky and company to get into an offensive track meet as they could in 2016.

Biggest Shoes to Fill: LB Cayson Collins Despite a below average defense, one of the more consistent performers on that side of the ball was linebacker Cayson Collins. Collins was second on the team in tackles and spurred the team to a win against Pitt with 6 tackles and a 66 yards fumble recovery.

Key Player: DE Malik Carney. Rising senior Malik Carney was another bright spot on the UNC defense. The defensive end led the team in tackles for loss with 12 and sacks with 5.5 to go along with 57 tackles. With another year of experience under his belt, the rising senior should improve on all of those numbers and cause a lot of disruptions in the opposing offenses’ backfields

Fearless Prediction: North Carolina may well wind up as the worst team in the ACC this year. They do not seem to have many bright spots on the offensive side of the ball and will again struggle to keep points off the board. They may even be a candidate for the dreaded FCS upset when Western Carolina comes to town on November 17th.