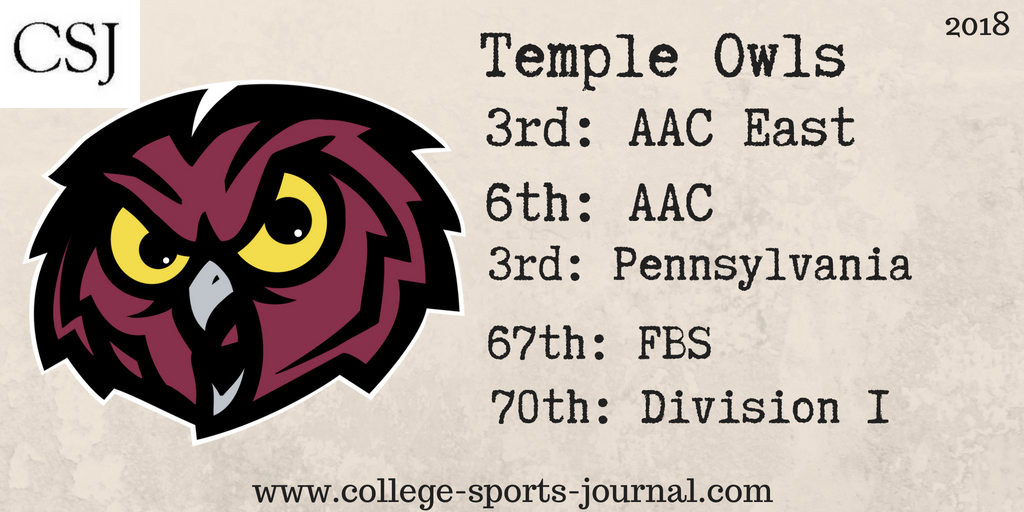 2017 In A Sentence: In Coach Collins’ first year, Temple went 7-6 and defeated Florida International in the Gasparilla Bowl–the first bowl win since 2011 and just its third bowl win ever.

Biggest Shoes to Fill: DE Jacob Martin finished last year second on the team in sacks (8.0), second in TFLs (11.0), first in fumble recoveries (2) and tied for second in forced fumbles (2). Martin played in 50 games during his career with the Owls. He also wore the #9 single-digit jersey the past two years, awarded to Temple’s toughest players. He was drafted in the 6th round of the NFL Draft by the Seattle Seahawks.

Key Player: LB Shawn Bradley led the team in tackles (85) and was fourth in TFLs (10.0). He was named after last season to the ECAC First Team All-East squad. The now-junior will now assume one of the defensive team leader roles.

Fearless Prediction: Temple will likely struggle a bit on the defensive front without Martin but with the rest of the defense and an offense that returns much on a team that produced 5,046 total yards, this team should get back to another bowl game. But there likely will be some struggles against the top AAC squads to have enough to challenge for the AAC title.