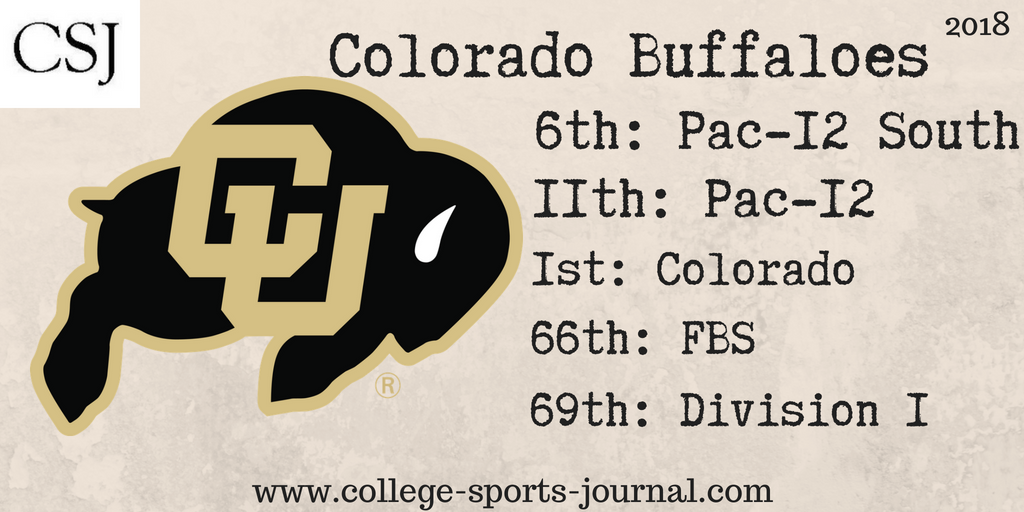 Biggest Shoes to Fill: CB Isaiah Oliver played in 32 games with 16 starts in his Colorado career. He recorded 32 pass breakups to tie for the 10th-most in school history. His 35 passes defended, including adding in his three interceptions, tied for 13th all-time at CU. He had 71 tackles, one for a loss, three tackles for no gain and 18 third down stops in his collegiate career with the Buffs. He was a second round NFL Draft selection of the Atlanta Falcons.

Key Player: QB Steven Montez was an honorable mention Pac-12 performer in just his sophomore season. He owns the CU record for most consecutive pass attempts without being intercepted (172 in 2017) and consecutive games throwing for 300 yards (3). In just 22 career games (15 starts), he already ranks ninth in school history with 3,992 passing yards.

Fearless Prediction: Coach MacIntyre is only one year removed from winning National Coach of the Year honors, but now he will start pressure to get the Buffs back to the postseason. The talent is there for this team but a tough schedule and inexperience most likely will give this team similar results as last year.