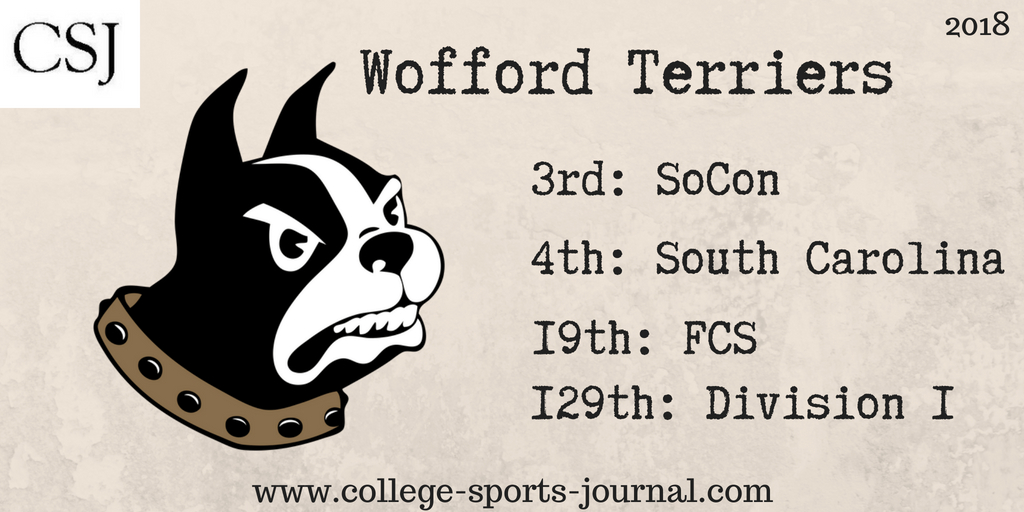 2017 In A Sentence:The Terriers rode consistent play and good fortune to claim the league title, thanks to the leadership of their legendary head coach, Mike Ayers; but were not talented enough to be a national contender, however, eventually falling in the FCS Playoffs (as many do) to North Dakota State in the FargoDome in December.

Biggest Shoes to Fill: How do you step into the shoes of a coaching legend? Mike Ayers and his “dinosaur bone” (his words) triple-option offense were a mainstay at Wofford for the last 30 years, the longest-serving coach at any sport at Wofford. This season, Josh Conklin, Pitt’s defensive coordinator and former assistant coach under Ayers, takes over. Will the important things – SoCon title runs and winning records – remain the same?

Key Player: Conklin will certainly be excited to work with DT Miles Brown, a 320 lb behemoth who was first team all-SoCon last year thanks to his 44 tackles and 10 tackles for loss from the defensive line. Brown faces a pivotal year in both keeping continuity along Wofford’s defense and in terms of NFL scouting as well.

Fearless Prediction: Folks seem to think Wofford won’t skip a beat with Ayers’ retirement, but will that be the case? Conklin’s first game as head man at Wofford will come against SoCon rival The Citadel in the very first week of the season, and it won’t be a walk in the dog park. If the Terriers win that game, they’ll probably be in fine shape for the rest of the season. But what if they’re not?