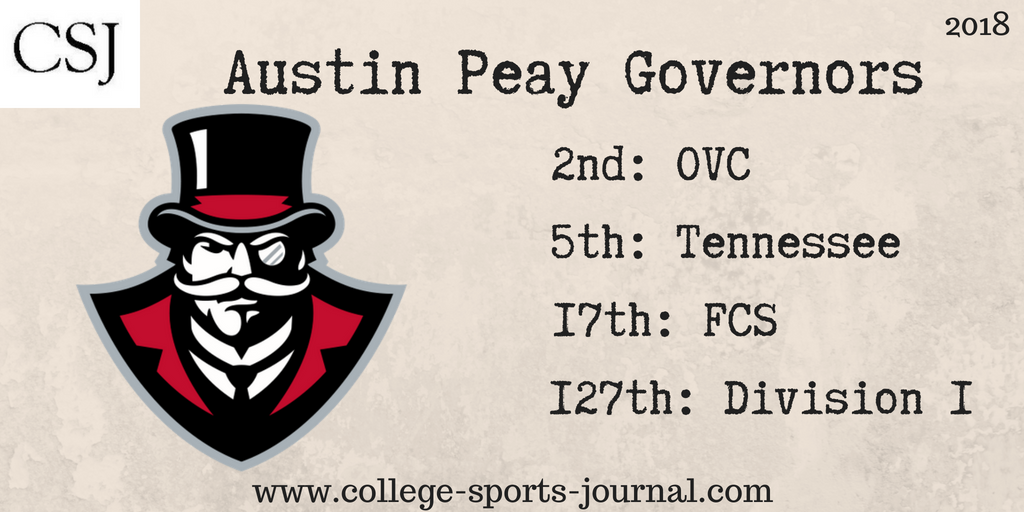 2017 In A Sentence: The case was convincing for the committee to include 8-4 Austin Peay for inclusion in the FCS Playoffs – an 8-4 record, with a 7-1 record in the OVC and three of the Governors’ losses coming at the hands of nationally-ranked Jacksonville State and three FBS teams, Memphis, Miami (OH) and the people’s FBS champions, UCF. Unfortunately the committee skunked Austin Peay, who nonetheless came from nowhere and tied their program record for wins during a season. By any measure it was an epic season and an epic turnaround, only lacking a postseason opportunity.

Biggest Shoes to Fill: WR/RS Kyran Moore was a dangerous offensive threat and return man for Austin Peay, scoring eight touchdowns through rushing, receiving and returns. Though the Governors return so much, Moore will be missed. 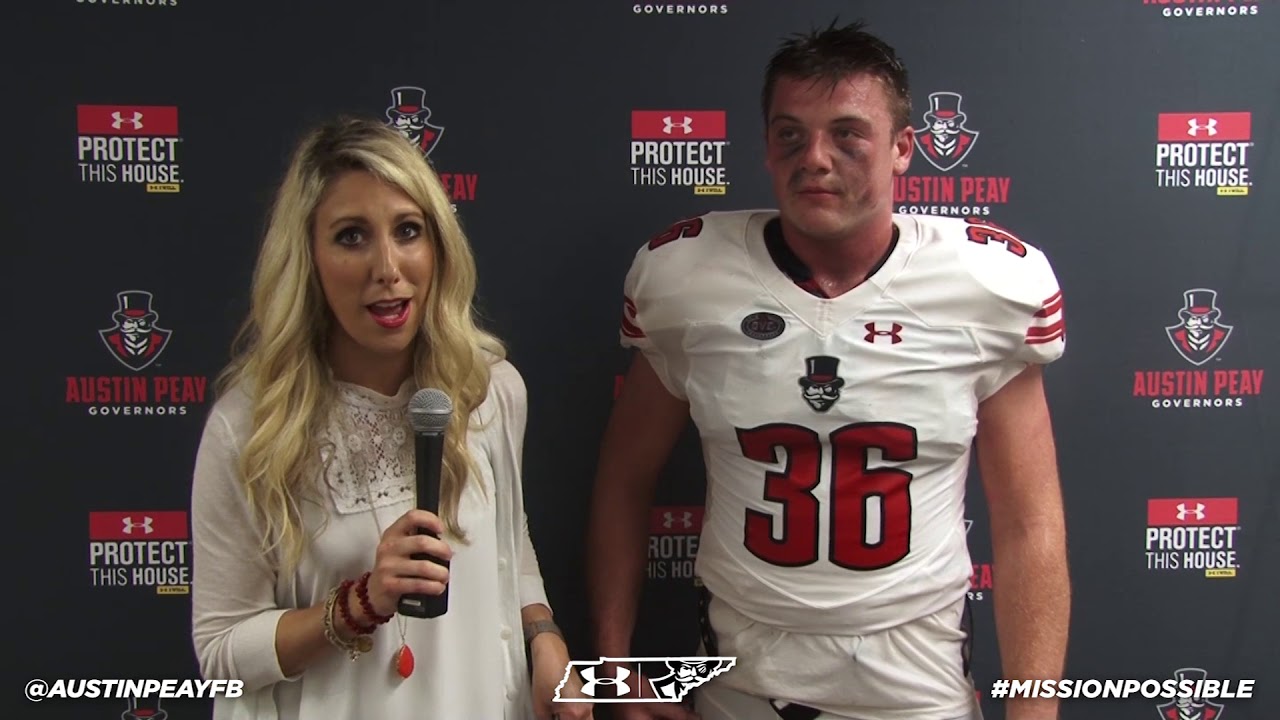 Key Player: You’re the leading tackler on the best defense in the OVC. You’ve overseen your unit go from one of the worst units in FCS to one of the best. So how wasn’t LB Gunnar Scholato OVC preseason defensive player of the year? Beats me. All he did was notch 99 tackles, convert 10 tackles for loss, field 1 interception and recover 2 fumbles. The rest of the OVC might end up paying for that preseason snub all season.

Fearless Prediction: In back-to-back weekends in September, the Governors make two very tough road trips to Martin, Tennessee and Jacksonville, Alabama to determine their OVC fate. They need to win one of those games and sweep the rest of the OVC to get to the FCS playoffs. This year, I think they do.