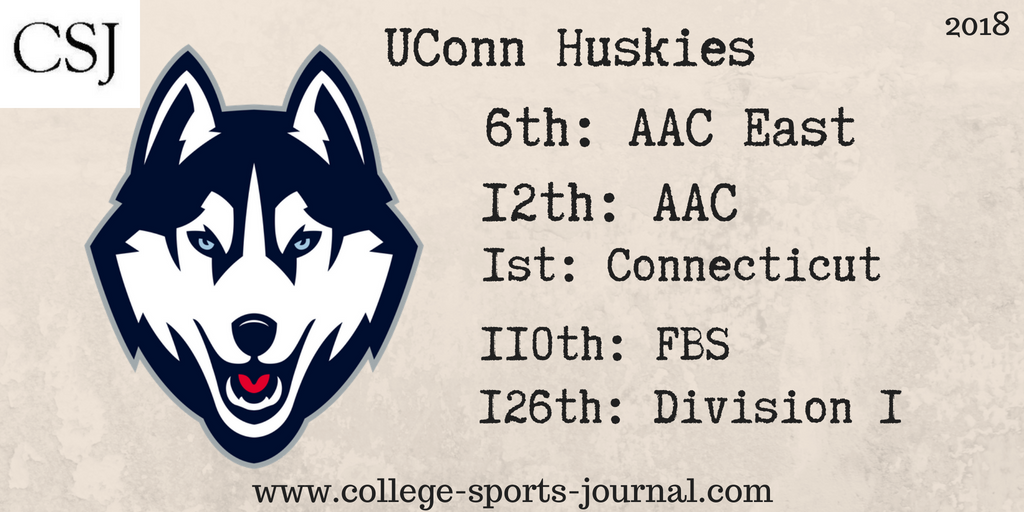 Biggest Shoes to Fill: DE Foley Fatukasi was a 6th round draft pick of the NFL’s New York Jets. He played in all 12 games for the Huskies in 2017, posting 45 tackles, including 7.5 for a loss. He was tied for second on the team at 4.0 sacks and 30 of his 34 tackles were solo take-downs. He concluded his career with 168 tackles and 14 sacks in 48 games.

Key Player: QB David Pindell played in seven games last year and threw for 937 yards and four touchdowns. But he also threw six interceptions. This ratio for the now-senior will need to get better for the Huskies to improve.

Fearless Prediction: While the offense will also need to get more consistent, the defense (gave up almost 40 points in the last five losses) will really need to be the area of growth. This team likely will be get better in these areas with another year under Coach Edsall and will keep games closer but getting more than three wins will be tough.