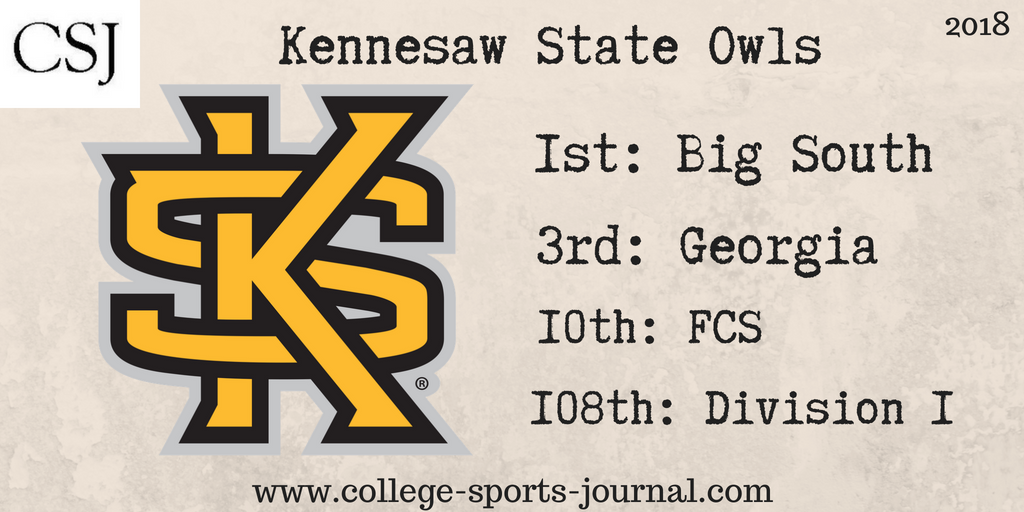 2017 In A Sentence: The Owls are only three years old, but in that time head coach Brian Bohannon has built a team built for deep runs in the FCS Playoffs. Last season, the Owls went 12-2 and beat Samford (avenging a season-opening loss) and Jacksonville State after finally falling on the road to Sam Houston State 34-27.

Biggest Shoes to Fill: What scares the rest of the Big South – and FCS Nation, for that matter – is that the Owls have almost their entire team back from last season. The do lose OL Matt Frank, a 6’3, 300 lb guard from last season’s offensive protection.

Key Player: Kennesaw State’s success came in part thanks to the emergence of QB Chandler Burks, who exploded in 2017. The Douglasville, Georgia native ran for 18 TDs while passing for 9 more, amassing 1,103 yards on the ground and 1,307 more through the air. Even more important was his ball protection, limiting himself to 4 interceptions on the season. Burks will certainly be the first guy defensive coordinators look at when checking out KSU’s film this year – how will Burks respond to all the new defensive looks?

Fearless Prediction: The Owls have so much returning, it’s easy to predict that they will romp to another Big South Title. Equally intriguing, though, is the presence of three winnable challenge games on their schedule: FBS Georgia State, budding regional rival Samford, and Jacksonville State, whom the Owls beat in the FCS Playoffs last year. It’s a tough schedule, but are the Owls up to the challenge being the hunted rather than the hunter?