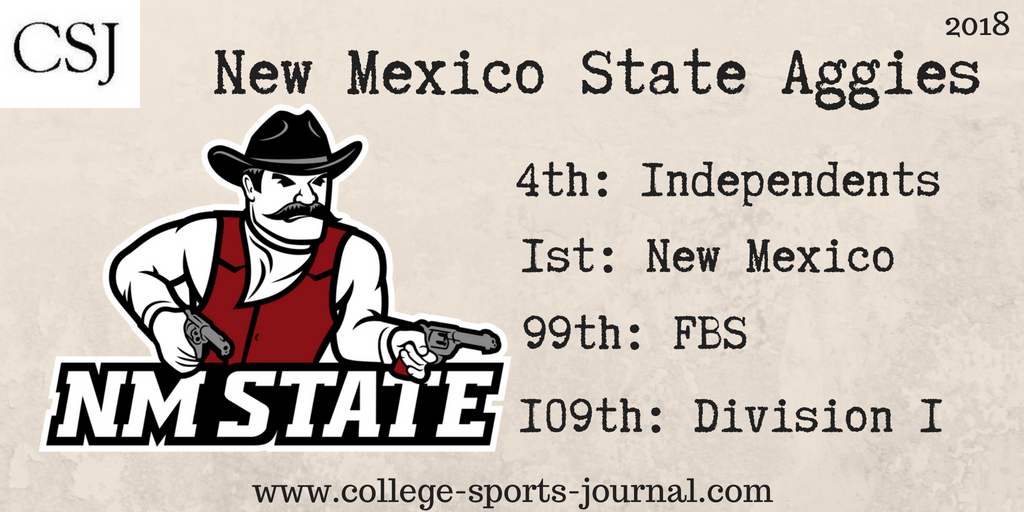 2017 In A Sentence: In its final year in the Sun Belt, the Aggies ended the nation’s longest bowl drought at 57 years with a thrilling overtime victory over Utah State in the Arizona Bowl and finished the season at 7-6 overall.

Biggest Shoes to Fill: WR Jaleel Scott started in all 13 games for NM State and recorded the only receiving touchdown in the Aggies’ Arizona Bowl victory. At the end of the 2017 season, Scott finished 23rd in the NCAA and second in the Sun Belt Conference with 1,079 receiving yards. The red zone threat also led the conference and was 25th in the country with nine receiving touchdowns in his final year. He was selected in the NFL Draft’s fourth round by the Baltimore Ravens this past spring. He is one of the big three losses including QB Tyler Rogers and RB Larry Rose III, which were all big contributors for the NMSU bowl bid last year.

Key Player: LB Terrill Hanks is the top returning defensive playmaker back on a defense that likely will need to improve to make up what may be a lesser offensive output. Last year, he tallied 111 tackles and seven sacks.

Fearless Prediction: NM State already has a bowl alliance with the Arizona Bowl–the bowl it went to last year. Should the Aggies become bowl eligible, this will be the game they will play in. The schedule looks promising to make that bowl as it plays just one P5 school in Minnesota and gets Liberty in a home-and-home.