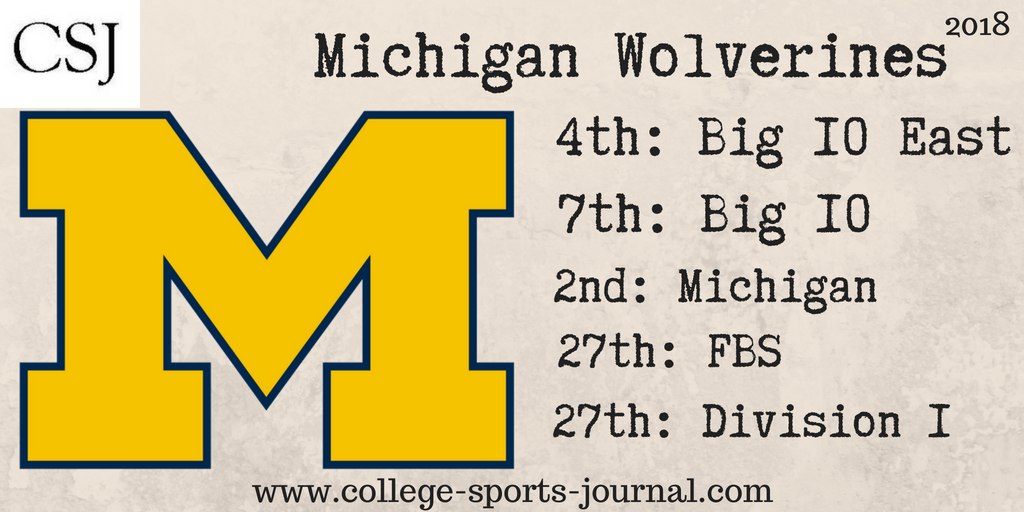 2017 In A Sentence: The Wolverines basically beat who they were supposed to beat but could not win against heavyweights of Penn State, Michigan State, Ohio State or Wisconsin and also lost the Outback Bowl to South Carolina to finish 8-5 overall.

Biggest Shoes to Fill: DE Maurice Hurst wrecked havoc wreaking on opposing defenses with 14.5 tackles for loss. The All-Big 10 performer also set a career high in tackles with 59 last year. A heart condition caused some concern in the NFL Draft so he fell to the fifth round and was selected by the Oakland Raiders. While his presence will be missed, the Wolverines do have Rashan Gary back on the other defensive end side so his loss will not be felt as greatly as it could be.

Key Player: QB Shea Patterson comes to the Wolverines from the SEC’s Mississippi after the NCAA allowed an immediate transfer due to the Rebels’ sanctions. The now-junior will try to increase the quarterback position that has lacked since Harbaugh’s arrival. The former top quarterback recruit threw for 2,259 yards and 17 touchdowns in just seven games last year before being sidelined with an injury. He will look to give some stability at the quarterback position especially after last year where the quarterbacks combined to throw just nine touchdowns and threw 10 interceptions.

Fearless Prediction: With this being Harbuagh’s fourth season at his alma mater, expectations are for Michigan to finally get over their rivals of Michigan State and Ohio State and due some damage in the Big 10. The Wolverines have the defense to do that but now have to show an offense that can also produce. Having Patterson at quarterback will help but it is unlikely that Michigan can get over their rivals and should finish similar to last year with around eight wins.