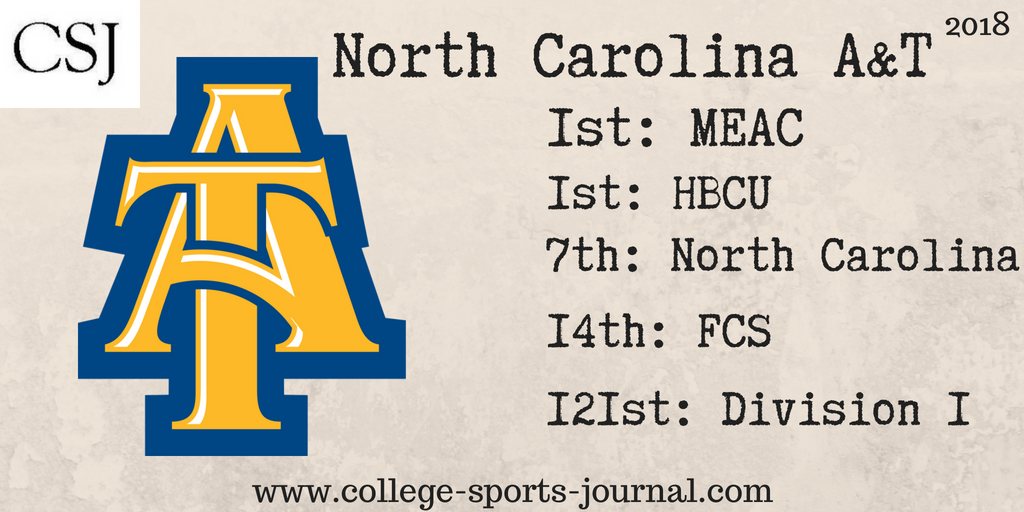 2017 In A Sentence: Aggie fans were accustomed lately to great football teams, but a historic 12-0 season, with a win over an FBS team (Charlotte), a MEAC title, and a second win in the Celebration Bowl (this time over Grambling State, 21-14), exceeded all expectations. They were the first-ever HBCU to finish a season unbeaten and untied.

Biggest Shoes to Fill: Head coach Rod Broadway announced his retirement in January, ending his NCAT coaching career with a 57-22 record there. Sam Washington, the Aggies defensive coordinator, was promoted from within to take over, but how do you begin to fulfill the expectations of MEAC conference titles and Celebration Bowl wins set by his predecessor? Even with a stacked team it will be no easy task.

Key Player: QB Lamar Raynard passed for a MEAC-best 2,932 yards and 27 touchdowns last season, and has compiled a 26-0 record as a starter. In order to finish with that perfect record and plaster the record books, he’ll need to have his line still offer excellent protection (they only yielded 11 sacks last year) and he’ll need to remain healthy. He’s got stiff competition, but he has a chance to be the FCS’ best quarterback this season.

Fearless Prediction: The skill of Raynard and the talent of this Aggie team points to another solid season as frontrunner in the MEAC once again. Two showcase games against perennial FCS power Jacksonville State and FBS school East Carolina provide stiff tests early. Will they win both games before starting MEAC play? It’s unclear, but what is clear is that the showcase games should be barn-burners that will prove that NCAT is an elite FCS team win or lose.