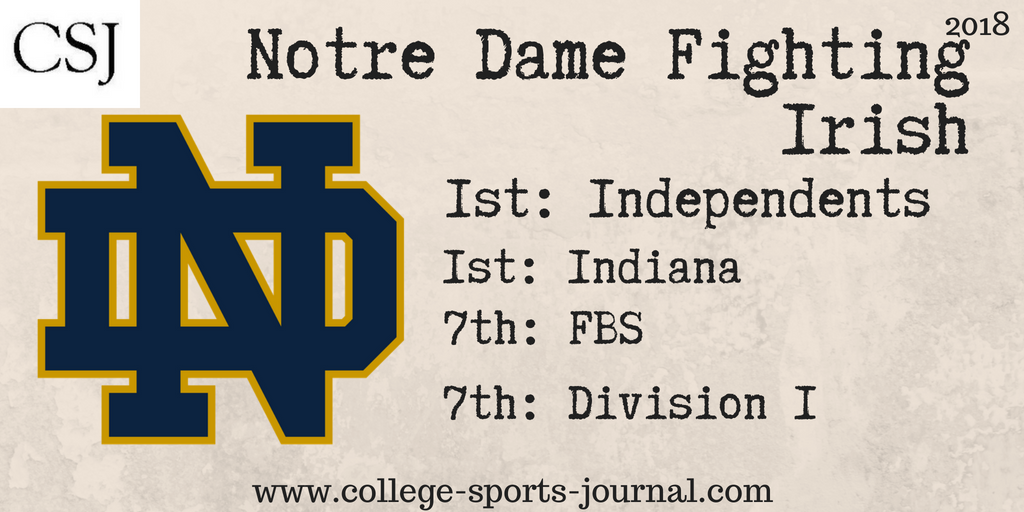 2017 In a Sentence: Notre Dame finished 10-3 overall but lost to Georgia at home and Miami (FL) and Stanford on the road but did defeat LSU in the Citrus Bowl to end the season on a high note.

Biggest Shoes to Fill: OG Quenton Nelson and OT Mike McGlinchey were selected within the Top 10 picks of the NFL Draft. That is a first for the Fighting Irish program for two offensive linemen selected so quickly. Nelson was selected sixth overall by the Indianapolis Colts, while McGinchey was selected ninth overall by the San Francisco 49ers.

Key Player: LB Te’von Coney recorded a team high 116 tackles and 12.5 for a loss last year. The senior decided to forgo the NFL draft and will be a leader on what should be a very stout defense this year.

Fearless Prediction: Notre Dame has not had back-to-back 10 win seasons since 1992 and 1993. This year’s team seems like it should be be able to do that and if it gets by Michigan to begin the season, the game at USC to end the season might be one that will see if the Irish get its first College Football Playoff invite.