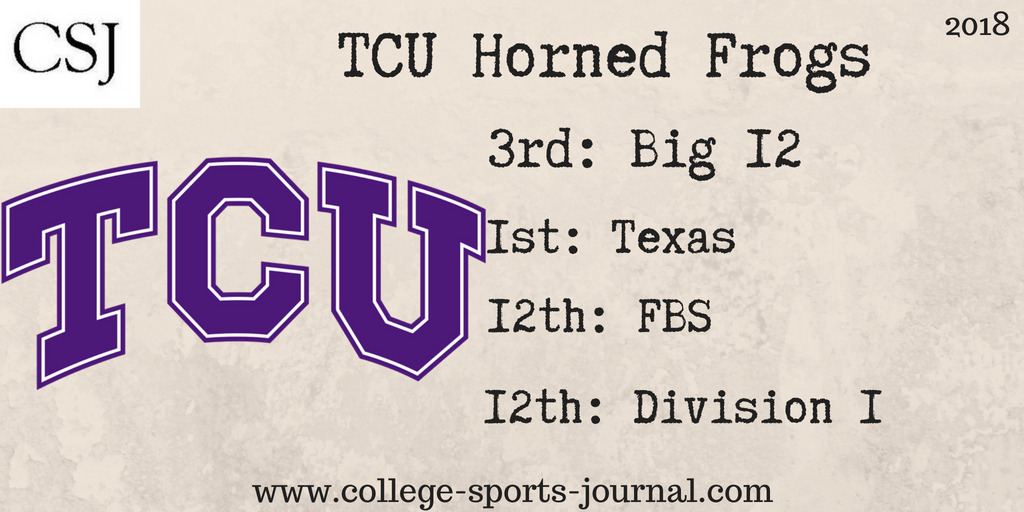 2017 In a Sentence: The Horned Frogs made it to the first Big 12 title game but were again blown out by Oklahoma, who also beat TCU rather easily in the regular season–TCU did salvage a Alamo Bowl win over Stanford to finish 11-3.

Biggest Shoes to Fill: OL Joseph Noteboom and Matt Pryor are two of the three offensive linemen that will need to be replaced. These two were selected in this past year’s NFL Draft–Noteboom by the Los Angles Rams and Pryor by the Philadelphia Eagles so replacing these two talented men upfront will be the top priority for TCU.

Key Player: DE Ben Banogu decided to come back to TCU this year in his senior season. He recorded 8.5 sacks and 15.5 tackles for a loss. The senior should help what should be a much better defense that returns a total of six starters.

Fearless Prediction: While TCU returns just three starters on offense, there is talent coming from strong recruiting classes recently. But without experience, the Horned Frogs could slip a little but should still be in the conversation at the end of the season with the last regular season game at home against Oklahoma State looming large to see who gets to the Big 12 title game.