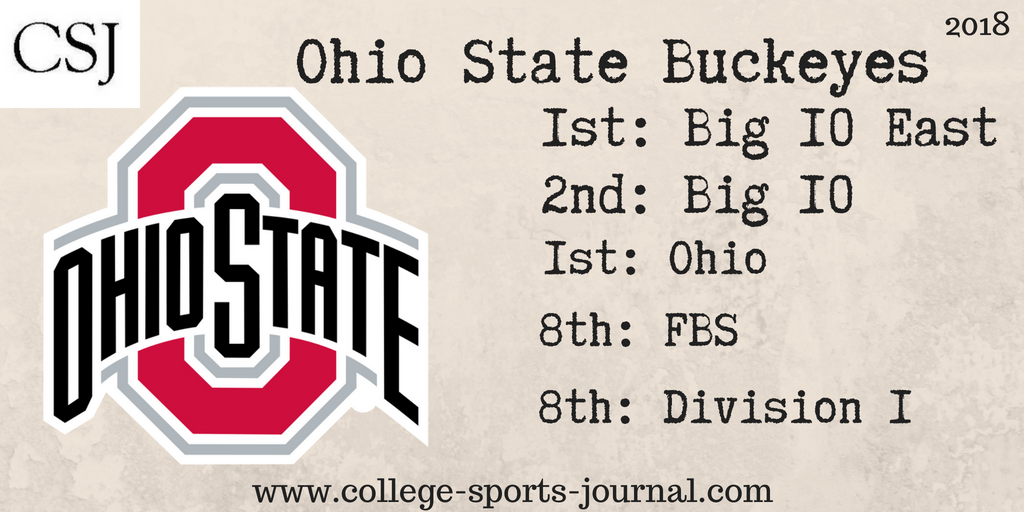 2017 In A Sentence: Ohio State won the Big 10 title last year thanks to a narrow win over Wisconsin in the Big 10 championship game but a home loss to Oklahoma and bad road loss to Iowa cost the Buckeyes a chance at the College Football Playoff and settled for a Cotton Bowl win over USC to finish 12-2 overall.

Biggest Shoes to Fill: CB Denzel Ward decided to forgo his senior season and entered the NFL Draft where he as selected 4th overall by the Cleveland Browns. He finished the 2017 season with 37 tackles, 37 pass defenses, and two interceptions for the Buckeyes and was a shutdown corner that the statistics do not show.

Key Player: DE Nick Bosa is only entering his junior season but has already produced beyond his year. Last year, he was named a unanimous First Team All-Big Ten and the Smith-Brown Big Ten Defensive Lineman of the Year for his 32 total tackles (14.5 for a loss) and a team leading seven sacks. Additionally, he had two pass breakups, eight quarterback hurries and a blocked kick.

Fearless Prediction: A tremulous fall camp has started for Ohio State where Coach Urban Meyer was placed on paid leave due to his handling of assistant coach Zach Smith’s alleged domestic violence charges. Meyer was suspended for the first three games of the season (which will include the TCU game). But the rest of the coaching staff has put together this strong team and should challenge not only the Big 10 East title again but also the full Big 10 title.