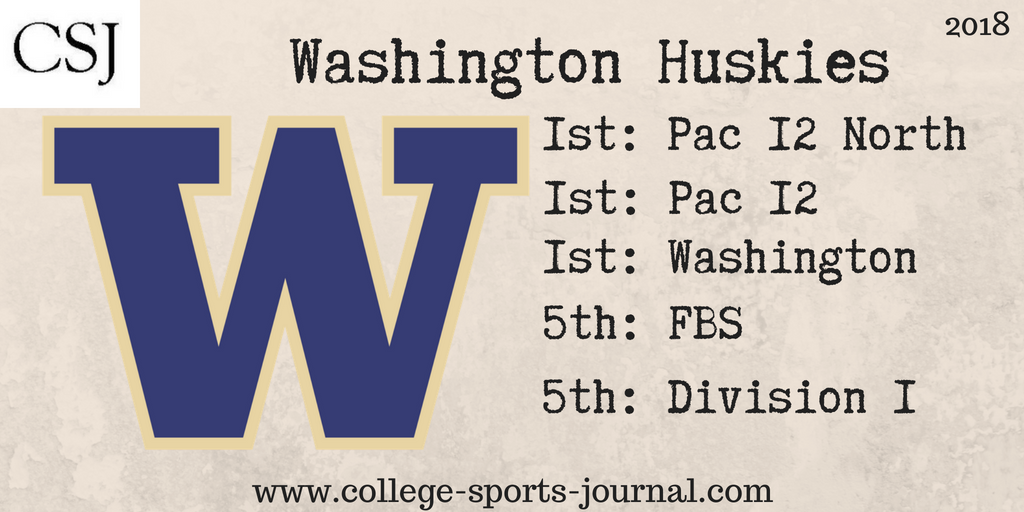 2017 In A Sentence: The Huskies lost a bad game at Arizona State, along with another one at Stanford to miss out on the Pac-12 title game and left the season with a bad taste in its Fiesta Bowl loss to Penn State that ended Washington with a 11-2 overall record.

Biggest Shoes to Fill: WR/KR Dante Pettis set the NCAA record for career punt returns for a touchdown, with nine, including four this season and was a consensus All-American pick both as a wide receiver and kick returner. He was selected 18th overall in the NFL Draft by the San Francisco 49ers this past spring.

Key Player: QB Jake Browning was the 2016 Pac-12 offensive player of the year but was down a little last year. But in total, the senior already holds the school record for touchdown passes (76) and if he stays healthy should break just about all Washington records for passing this year. While Pettis will be missed, he will have five other starters back on offense around him.

Fearless Prediction: The Huskies are the favorites to win the Pac-12 this year. The first game against Auburn in Atlanta this year increased the Huskies non-conference schedule strength, which was even in question when Washington made the College Football playoff in 2016. A win there will go a long way towards Washington getting back to the playoff again this year.