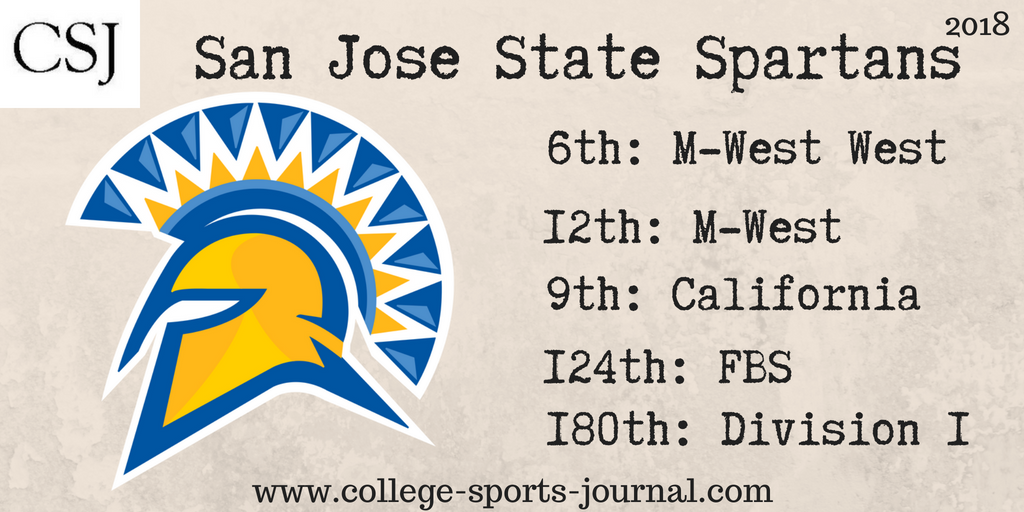 2017 In A Sentence: Coach Brennan’s first season in San Jose was rather rough as SJSU scored just 15.8 points per game and gave up 41.7 points but one of the bright spots was a win over bowl bound Wyoming in its finale in finishing 2-11 overall.

Biggest Shoes to Fill: P Michael Carrizosa earned three All-Mountain West honors in his final three seasons. He ranked sixth nationally and second in the Mountain West with his 45.6 yards per punt average. He finished his four-years at San Jose State as the Spartans’ single-season (47.3 in 2015) and career leader (44.0) in punting average and yardage.

Key Player: QB Montel Aaron should lead a core of young players despite coming into just his sophomore season himself. Last year, he completed 56 percent of his passes for 1,531 yards and eight scores.

Fearless Prediction: Given their scoring difference from last year that has to be the top priority to basically just be competitive in MWC play. SJSU could pull off another upset or two in league play but that looks like the core of the team will need at least another year to be more of a threat.