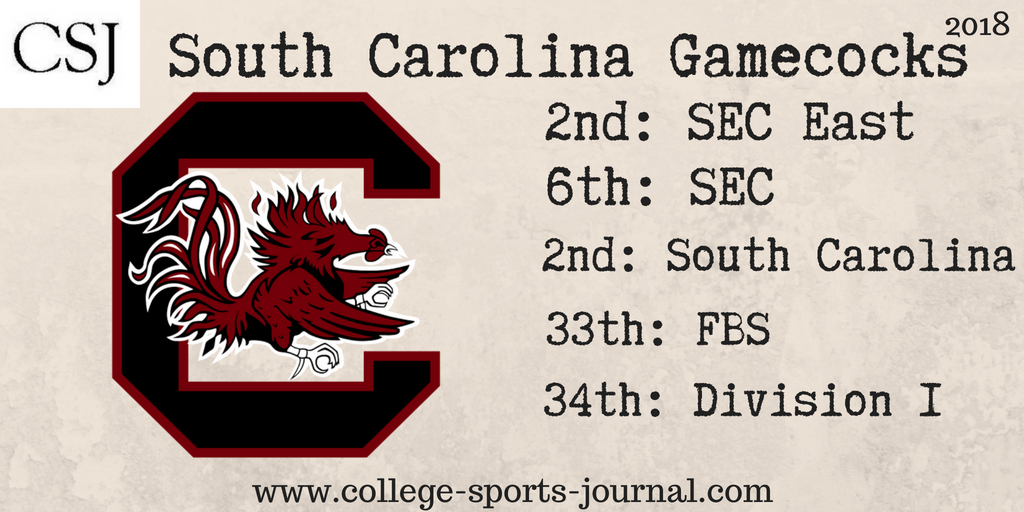 2017 In A Sentence: The Gamecocks made an improvement from a 6-7 in 2016 to a 9-4 overall mark (although it could have been better in losing to lower standing SEC foes Kentucky and Texas A&M in the early conference slate) and ended with an Outback Bowl win over Michigan.

Biggest Shoes to Fill: TE Hayden Hurst left South Carolina to enter the NFL Draft after his junior season where he was named an All-SEC first team performer. He was a former walk-on that got a scholarship after his sophomore season and this past season caught 44 passes for 559 yards and two touchdowns. He was a first round draft pick of the Baltimore Ravens. 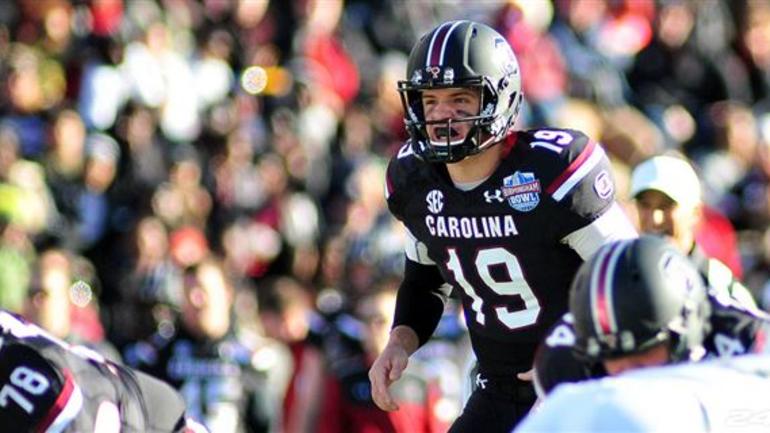 Key Player: QB Jake Bentley is just coming into his junior season and already ranks 10th in completions (370), second in completion percentage (63.3), 11th in passing yards (4,214) and 11th in passing touchdowns (27) in school history. Last year, he had 2,794 yards and 18 scores but also had 12 interceptions. The key to raise the Gamecocks output is to limit those turnovers this year and will need to open the field some more with some longer passes.

Fearless Prediction: The Gamecocks won several games last year being out-gained in yardage and used special teams to score in those games. That kind of luck will not always be a certainty so the offense will need to produce at a higher level and the defense will need to remain its stingy self. The talent is there for this team though to be a better team this year and might be a dark horse to unseat Georgia for the SEC East crown.