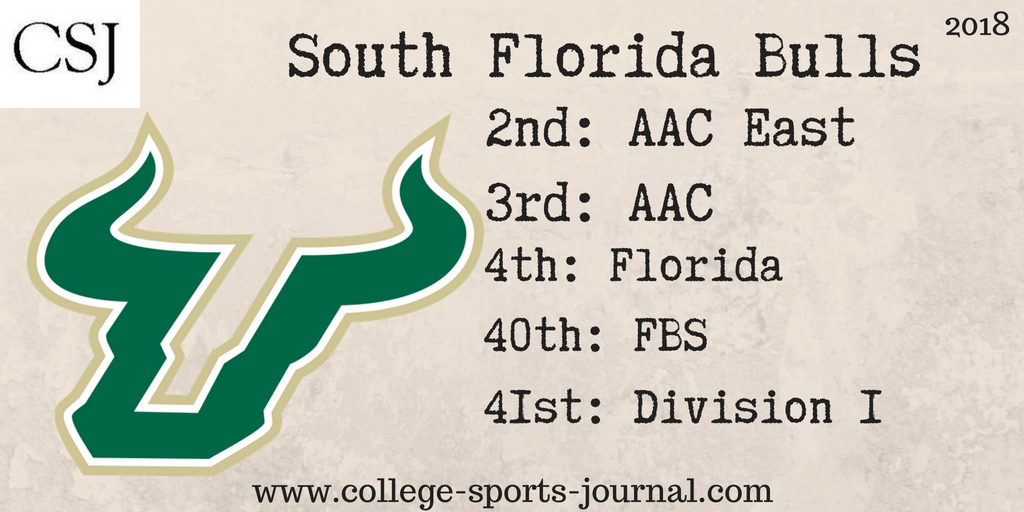 2017 In A Sentence: The Bulls were a win away from the AAC title game in losing at rival UCF in the regular season finale but won the Birmingham Bowl over Texas Tech to end a very successful 10-2 season in Coach Charlie Strong’s first season.

Biggest Shoes to Fill: QB Quinton Flowers leaves USF with 42 school records as a three year starter. He’s one of six FBS players to reach 8,000 yards passing and 3,500 yards rushing in a college career. He also is one of six players to have 70-plus passing touchdowns and 40-plus rushing touchdowns. He signed a college free agent contract with the NFL’s Cincinnati Bengals this past spring.

Key Player: WR Tyre McCants is back for his senior season after recording 36 receptions for 686 yards and seven scores. He is more than just a receiver as he also is a very good blocking receiver down field. He, along with junior Darrell Salomon will help break-in the new quarterback (sophomore Chris Oladokun or junior Brett Kean).

Fearless Prediction: The Bulls return just 11 starters from both sides of the ball so there are some questions coming into this season. But Coach Strong’s team has a lot of talent on this team but just need to get some experience to gel together. Look for the team to be slightly down over last year’s 10-win mark but still will be in the running with UCF to win the AAC East crown.