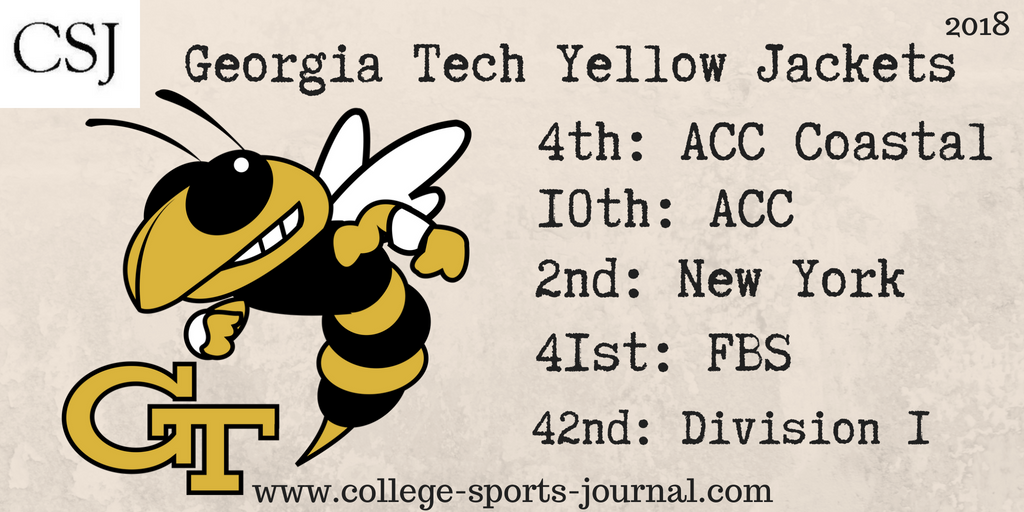 2017 In a Sentence: Georgia Tech was a tough team to get a read on in 2017 and probably wound up where they should at 5-6. They were the quintessential .500 team, where you weren’t sure if they would win or lose on a given week.

Biggest Shoes to Fill: DE Antonio Simmons spent a lot of time in opposing backfields in 2017 with 8 tackles for loss and 5.5 sacks to go along with 2 forced fumbles and a blocked kick. Simmons was a late bloomer at Tech and did most of his career damage in his senior season. The Jackets will be looking for another quarterback disrupter to step forward in 2018.

Key Player: QB TaQuon Marshall. When you run the triple option offense, the ball is in the quarterback’s hands much more often than in a traditional offense. TaQuon Marshall led the Ramblin’ Wreck in rushing yards in 2017 with 1146 while adding 927 through the air. Marshall will need to continue to make the right decision with the ball in his hands for Georgia Tech to make noise in the ACC

Fearless Prediction: Georgia Tech looks to be one of those teams who will again sit right around the .500 mark. You cant rule out them pulling an upset due to their unique offense, but you also cant rule out a bad loss along the way either.