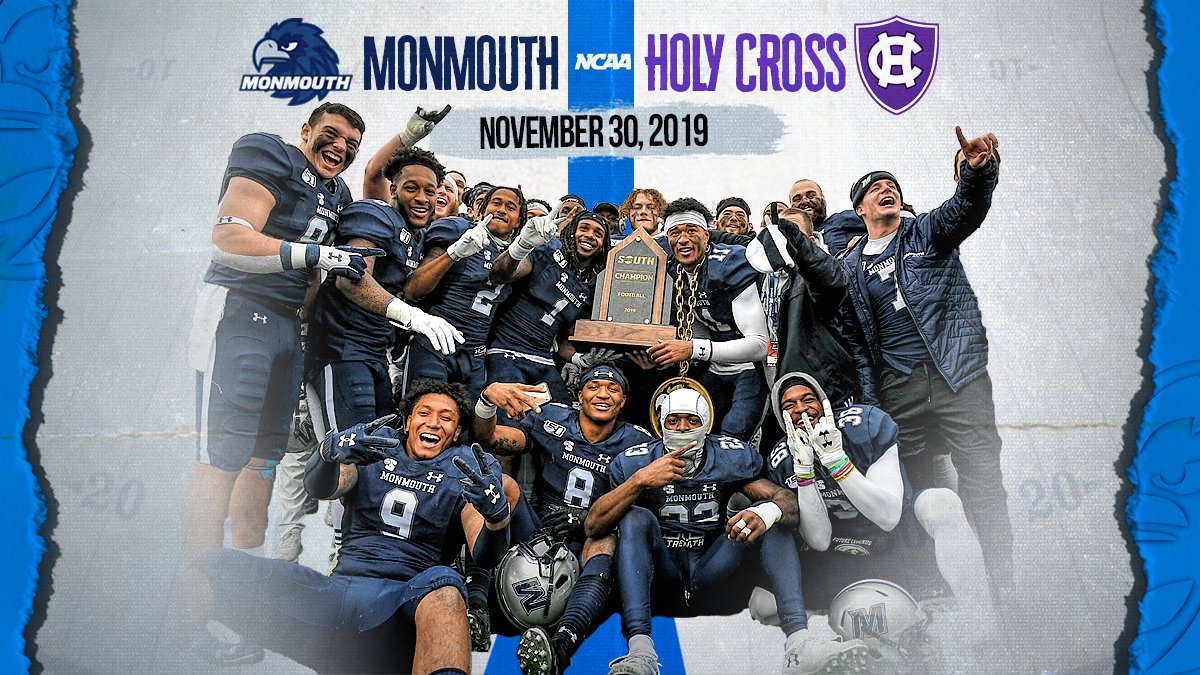 On Twitter, one of the more popular memes is the “10 year Challenge”, where people or organizations post a picture from ten years ago and a picture today. In the case of Holy Cross, they were able to post pictures of their football team with the Patriot League trophy, as they won the title ten years ago and again this weekend, finally clinching the title on the final weekend of the regular season.

In a relatively weak Patriot League where the defending champs, Colgate, collapsed losing their first seven games, the Crusaders under second-year head coach Bob Chesney eagerly stepped into the position of front-runner. Though they tripped up against 4-8 Lafayette, behind a strong, young defense the Crusaders pulled off an early upset of New Hampshire early and used their defense to outlast their opponents. If this game is to remain close, Holy Cross will need to make this game a slow-down, field-position battle.

Key Player: RB Domenic Cozier is one of the top backs in FCS, eclipsing the 1,000 yard mark on the final game of the season. The shifty 5’9 back out of Milford, Mass has explosive speed if he gets to the outside yet is also a durable back as well. The Patriot League offensive player of the year will need to grind out the tough yards against Monmouth this weekend. One interesting thing this weekend might be to look at the weather report. If there are heavy winds or bad weather, Cozier would be a tremendous asset.

Monmouth hasn’t lost since Sept. 28, when it fell to seventh-ranked Montana in a game which was a six-point game in the fourth quarter. That and a loss to FBS Western Michigan are the only blemishes on the record of the Hawks, who have scored 40 or more points in six of their last games. Probably the most stunning of those games was against the team that was favored to win the Big South, Kennesaw State. The Hawks made the game a complete laugher, accelerating to a 45-7 lead before relenting to a 45-21 win. In October and November, there have been few teams as red-hot as the Hawks.

“We are really excited about the fact that we will be at home at Kessler Stadium against a team we have a little bit of knowledge about because they are in our region and we have played them a number of times,” said head Coach Kevin Callahan. “I know the team is excited about being able to play at home.” What coach Callahan didn’t say is that his team might also make a statement at home, too – they had an excellent case that they should have been seeded over either South Dakota State or Montana, but was denied.

Key Player: The Monmouth offense poses a multitude of headaches for opposing defensive coordinators both on the ground and through the air. RB Pete Guerriero averages 139 yards rushing a game and has 1,668 yards and an eye-popping 18 rushing touchdowns, while QB Kenji Bahar has also thrown for 3,262 yards and 28 TDs. It takes an enormous amount of discipline to slow this team down defensively.

Fearless Prediction: Holy Cross has had a really good season, and coach Chesney did well to get them to their first postseason appearance in a decade. But it’s likely to be a very short stay for the Crusaders as Monmouth has the skill players to make a deep run in the playoffs. That deep run will start with a win in the first-ever playoff game at Kessler Stadium. Monmouth 44, Holy Cross 13