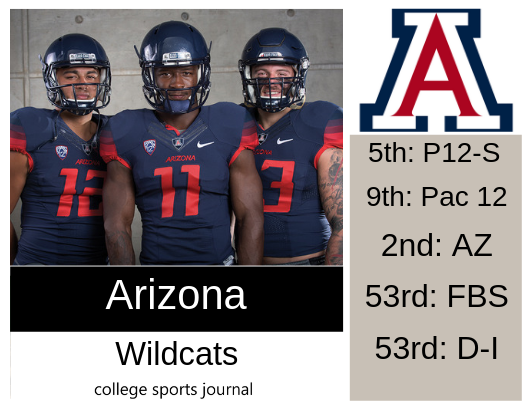 2018 In A Sentence: The first year of the Kevin Sumlin era was one of inconsistency. With some great wins (44-15 over Oregon) and some really bad losses (69-28 at Washington State), Sumlin’s mantra this preseason had been to play more consistently week in and week out.

Biggest Loss: The top 4 receivers are gone for QB Khalil Tate. Shawn Poindexter, Shun Brown, Tony Ellison and Devaughn Cooper combined for 153 receptions and all but 6 of the receiving TDs in 2018. 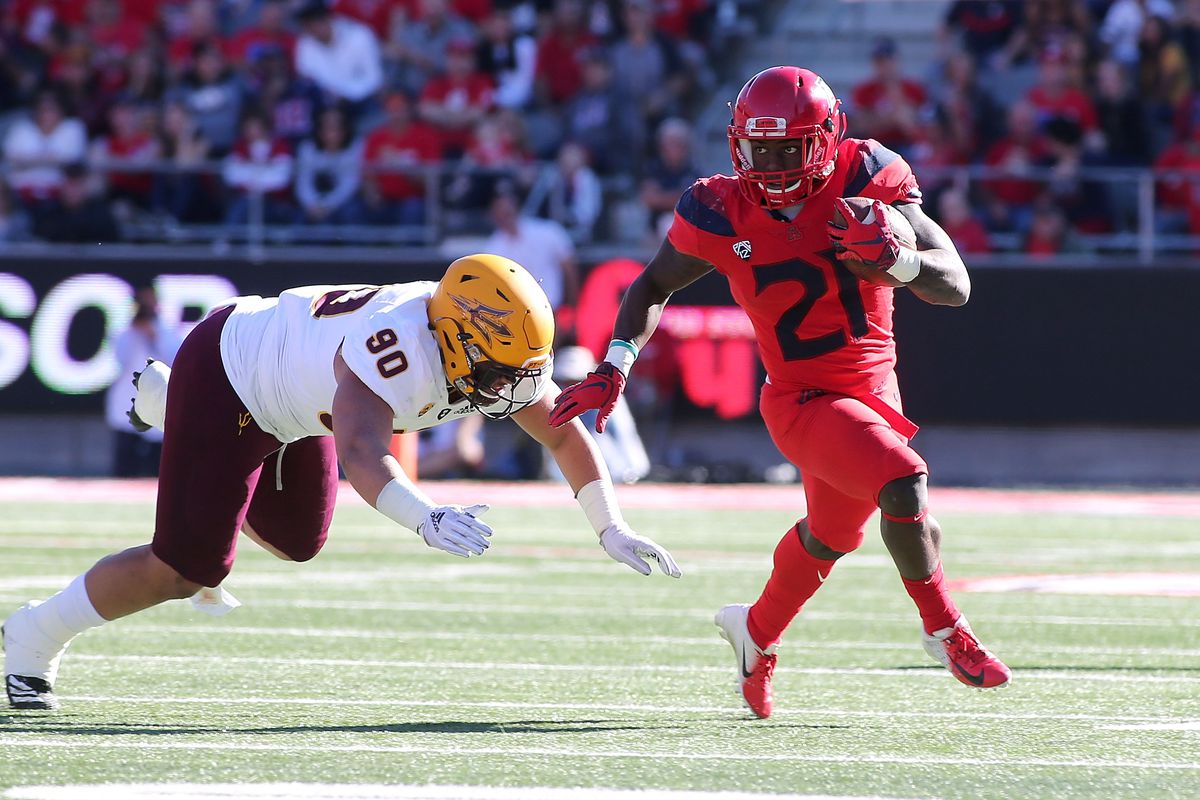 Key Player:The Wildcats return a wealth of experience on both sides of the ball and boast one of the most dynamic quarterback-running back duos in the country in Khalil Tate and J.J. Taylor. Tate entered last season as a Heisman candidate, but was slowed by early struggles and finished with 2,530 passing yards and 26 touchdowns. Taylor logged 1,434 rushing yards on 255 carries with six touchdowns.

Fearless Prediction: The potential is there for the Wildcats to make the jump back into the upper echelon of the Pac 12. To do it, however, it will require the receiving game to help take pressure on the Tate/Taylor express. Bowl eligibility is within reach.