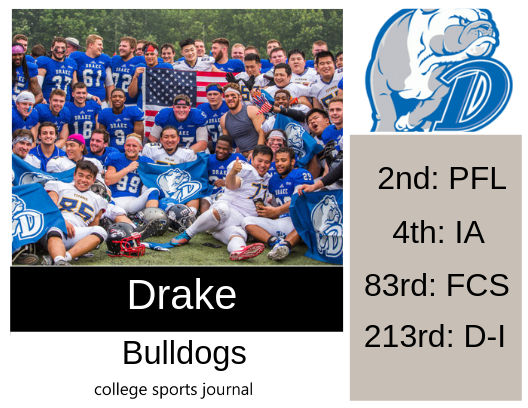 2018 In A Sentence: The Bulldogs finished 2018 with a 7-4 overall record and a 6-2 mark in the Pioneer Football League to tie for second in the league standings in what would be Coach Rich Fox’s last season with the team as he resigned after the season.

Biggest Shoes to Fill: DE Nathan Clayberg was named the PFL Defensive Player of the Year and captained one of the nation’s top as the Bulldogs ranked eighth nationally in scoring defense (18.3 ppg), 13th in total defense (198.3 ypg), and sixth in rushing defense (95.1 ypg). He recorded 33 tackles including 9.5 tackles for loss and 3.5 sacks.

Key Player: S Will Warner will look to take over the leadership role this year on the Bulldog defense. The now-senior totaled 45 tackles and 2.0 tackles for loss and recorded an FCS leading eight interceptions and an FCS leading 223 return yards on those picks in 2018. in being named an All-PFL first team performer. He was also named to the AP All-American squad for his efforts.

Fearless Prediction: The Bulldogs did not look far for its new head coach as defensive coordinator Todd Stepsis takes over the head spot this year. His defense should be the best in the PFL but the biggest question mark is the Bulldog offense. Drake ranked next to last in total offense and was dead last in rushing yards a year ago. If the offense can put up a little more, the Bulldogs will challenge for the PFL crown but that is a big if so Drake likely will be just short of the crown again (Drake last won the PFL in 2011).