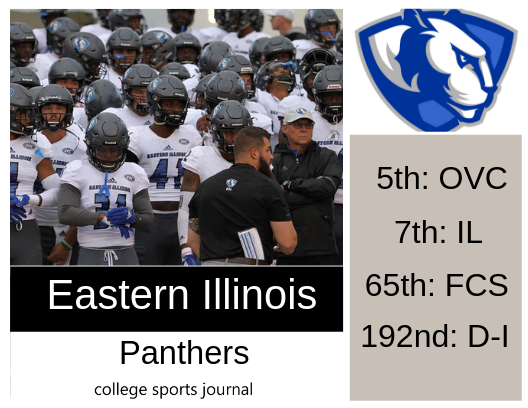 2018 In A Sentence: Eastern Illinois struggled to a 3-8 season in 2018, but their games were not without excitement. The lowest combined point total in any of the Panthers’ games in 2018 was 45 points, and that game went to overtime. Playing shootout football did not serve Eastern Illinois well, though, as they didn’t have the offense to keep up with most teams in the second half where they allowed 232 points and only scored 191. 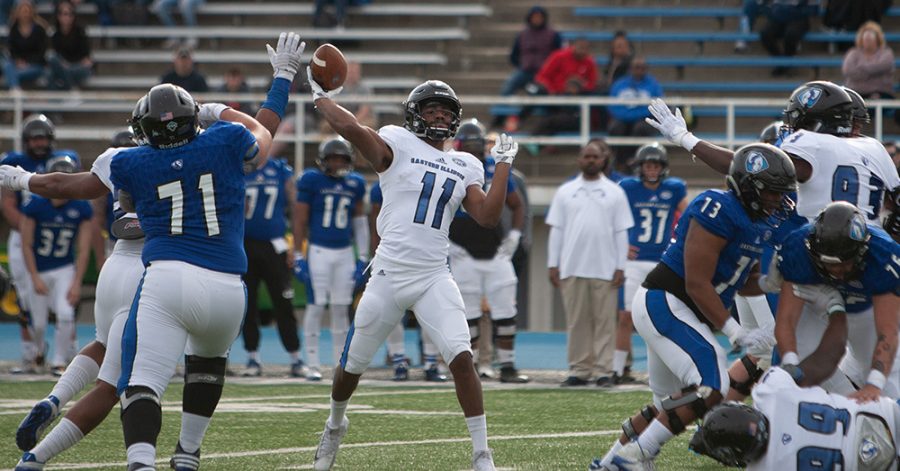 Key Player: QB Jonathan Brantley returns for his senior season in 2019 and is the next in a line of excellent quarterbacks coming out of Eastern Illinois – a list that includes the likes of Sean Payton, Tony Romo and Jimmy Garoppolo. Brantley completed 65% of his passes for 2016 yards and 14 touchdowns with only two interceptions. Even with the loss of his two top receivers, Brantley is primed for a huge senior season for the Panthers.

Fearless Prediction: Eastern Illinois hopes to return to playoff form in 2019, but it look like more of a long shot for the Panthers this year under new head coach Adam Cushing. They play FBS Indiana as well as three tough FCS foes – Chattanooga, Illinois State and Indiana State – before they get into their FCS slate. Look for a similar record to last year, with the potential for a one or two win improvement.