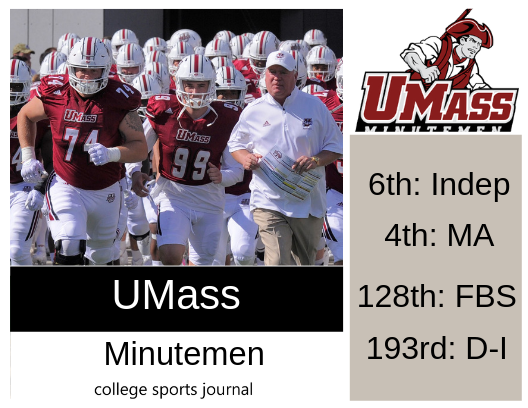 2018 In a Sentence: UMass finished ranked near the bottom of the country in total defense, with the Minutemen allowing more than 485 yards and 43 points per game in 2018 and would be the last season for Coach Mark Whipple, who was let go after a 4-8 finish.

Biggest Shoes to Fill: WR Andy Isabella led all of the FBS with 1,639 yards while finishing tied for second in the country with 102 catches. He finished as the school’s all-time career leader in receiving yards (3,526). He was selected with the No. 62 overall pick in the 2019 NFL Draft by the Arizona Cardinals. 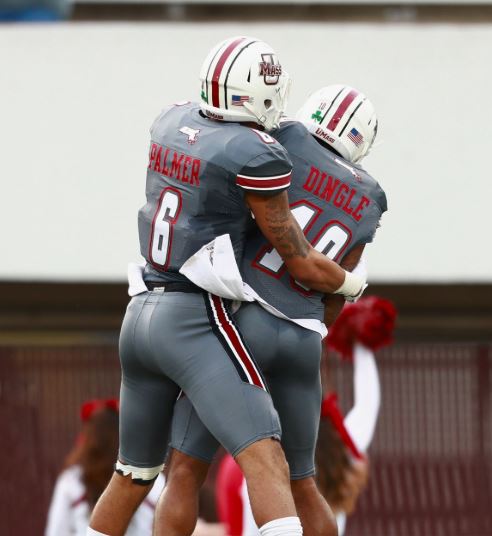 Key Players: WRs Sadiq Palmer (28 catches, 419 yards) and Brennon Dingle (19 catches, 269 yards) are back this year and with their experience, they should be key in replacing the productivity of Isabella. They will also aid in whomever the new quarterback will be (after the graduation of Andrew Ford and Ross Comis). This appears to be redshirt senior Michael Curtis, who stepped in briefly last season when the two veterans went down with injuries and even lifted the team to a win over Charlotte in late September.

Fearless Prediction: New Coach Walt Bell has an energy instituted onto the team but this team loses 12 starters overall and will be a team that transitions from a West Coast offense into more a fast-tempo spread system. It will also need to improve on defense if it wants to improve upon a four-win season. Bell may turn it around eventually but this team looks like it will dip a little more before it gets better in future years.