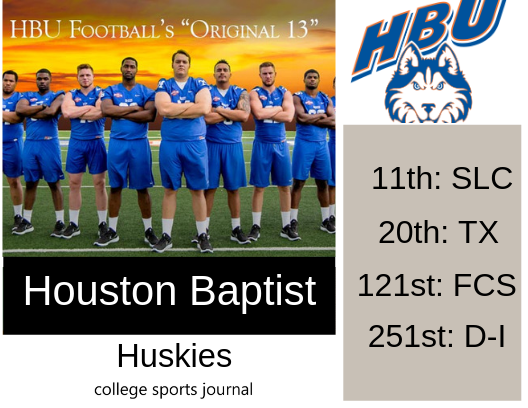 Biggest Shoes to Fill: CB Raphael Lewis is the Huskies’ all-time leader with 17 pass breakups and five interceptions, three of which he returned for touchdowns, and made 119 tackles.

Key Player: The Huskies have big time threat in sophomore WR Jerreth Sterns, who led the Southland Conference in receptions (68). He ranked 17th in the the FCS with 6.2 receptions per game, racking up a school-record 684 yards and four receiving touchdowns, adding a rushing touchdown and throwing for a score.

Fearless Prediction: The Huskies have a current streak of 19 straight losses within SLC play. That streak likely will be broken, but do not expect HBU to win more than two games this year.