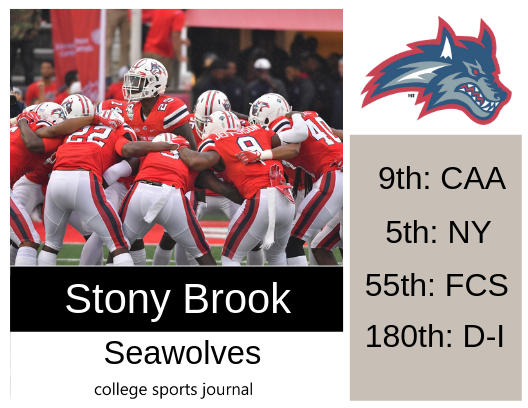 2018 In A Sentence: Stony Brook had a solid season in 2018, although they took a step back from their excellent 2017 season. The Seawolves made the FCS playoff field, losing in the first round to Southeast Missouri State 28-14.

Biggest Shoes to Fill: Take your pick! The Seawolves were a very senior-laden team in 2018. They graduated their top quarterback, top two running backs, and their top four receivers on offense. Not to be outdone, the defense graduated its top two tacklers. Without a doubt, there will be plenty of jobs up for grabs when camp opens in August. 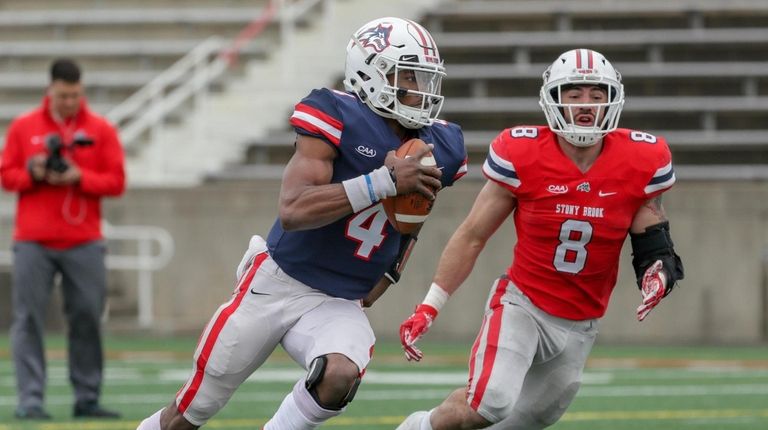 Key Player: QB Tyquell Fields should get the first crack at the starting quarterback job in 2019. Fields got into 8 games in 2018 and showed some flashes of talent as a dual threat quarterback. His downfall may be his completion percentage, which was 48% in 2018.

Fearless Prediction: With as much roster turnover as Stony Brook have for 2019, its reasonable to expect the Seawolves to take a step back this year, especially in the loaded CAA.