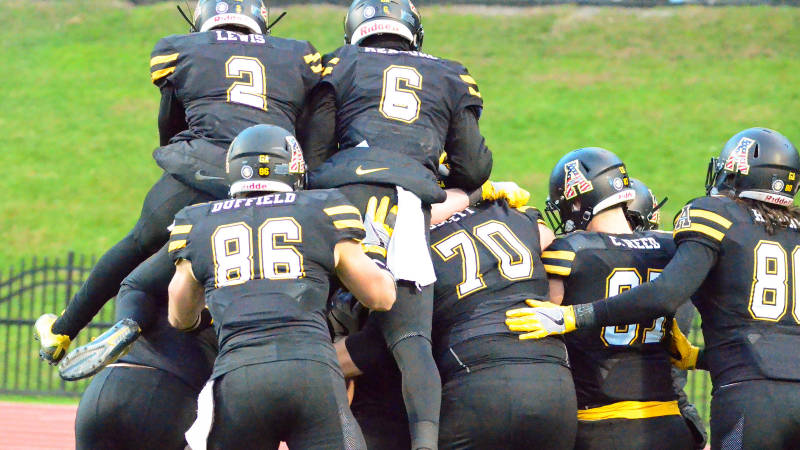 LAS CRUCES, N.M. — From the beginning to an end of the regular season in college football seems to pass like the soft whisper of the wind.

Wasn’t it just a few weeks ago that we were gathering in Neyland Stadium for a landmark game between Appalachian State and Tennessee before over 100,000 orange-clad fans in one of the sports iconic venues?

It has been a remarkable year for the Mountaineers (8-3 overall, 6-1 in the Sun Belt Conference) and one that, arguably, was within two plays of being truly exceptional. A fumble that could have easily bounced another direction against Tennessee and a potential fourth and long stop at Troy could have had Appalachian dreaming of a New Year’s Day bowl appearance.

But there is still much to play for as ASU ventures to New Mexico State (3-8, 2-4) Saturday for its regular season and Sun Belt finale.

The Mountaineers still have a legitimate shot at a share, or even an outright league championship. And regardless of Saturday’s outcome, App State knows it will have a bowl game to celebrate the accomplishments of its memorable 2016 campaign.

Where the Mountaineers will ultimately land during bowl season will be determined early next week, but there is one more regular season opponent to dispose of this weekend.

It has been an unusual week of preparation for an App State squad that prides itself on consistency. Not only have the Mountaineers had to deal with the distractions of the Thanksgiving holiday and traveling halfway across the country, but also with getting ready for a league opponent it has never played.

“At least we are playing them at the end of the season, so we have a whole season of film on them,” said Satterfield.

New Mexico State is one of two lame-duck programs in the Sun Belt — along with Idaho. These two programs were notified earlier this year that their football-only membership in the conference would not be renewed, forcing the Aggies and Vandals to find other accommodations after the 2017 season.

So this will be one of only two games between Appalachian and New Mexico State, with the Aggies making a return trip to Boone next year.

And they are a pair of programs that have long had different orbits in the NCAA football universe.

While App State was establishing itself as a powerhouse in the Football Championship Subdivision, winning back-to-back-to-back national titles from 2005-07 before accepting the challenges of the Football Bowl Subdivision in recent years, New Mexico State has long been one of the outliers in FBS, barely surviving as one of the traditionally-worst football programs in all of NCAA Division I.

It has been more of the same for the Aggies — better known for their success on the basketball floor over the years — in a season that has held only three wins. NMSU has shown a modicum of improvement in conference play, with an early-season, overtime upset of Louisiana-Lafayette and last week’s pounding of Texas State, both at home.

The Aggies used five turnovers to build a 28-0 first-period lead, on the way to a 50-10 thrashing of a Bobcats team distracted by a team bus accident before the game.

“Rogers has a big-time arm,” Satterfield said. “I think he will play at the next level. This will be a difficult game for our defense.”

There are also concerns about the Aggies’ ability to force turnovers, like it did against Texas State.

“If you turn it over, they will beat you,” Satterfield said of an NMSU squad that hasn’t made it a habit to sustain offensive drives. “Fortunately, we’ve done a really good job of protecting the football and creating turnovers.”

Appalachian is coming off its top offensive performance of the season in Saturday’s 42-17 bashing of Louisiana-Monroe, with tailback Marcus Cox becoming the Mountaineers’ all-time leading rusher by besting Kevin Richardson’s mark of 4,804 career yards (set from 2004-07).

ASU also broke out a strategic gem with Cox and Jalin Moore sharing the same backfield at times during the game.

“It puts an extra blocker in the box (with tight end Barrett Burns) and puts a lot of pressure on the defense,” Satterfield said.