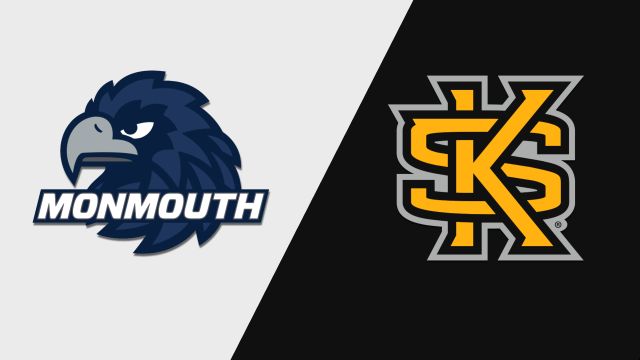 Drama promises to be the operative word as the race toward the Big South championship kicks into high gear. But even the drama will not bring things into much clearer focus as two teams will be undefeated in conference play when all the dust settles late Saturday afternoon.

Campbell enters the weekend a 3-0 record and the Camels will remain atop the standings no matter what happens in their game at North Alabama. Not far away, in Georgia, either Monmouth or Kennesaw State will also remain perfect in league play when the Hawks and Owls tangle.

Monmouth’s task is rather simple if the Hawks look to remain undefeated in conference action: stop the vaunted Kennesaw State rushing attack. Failure to do so will certainly lead to a long trip home after the game.

While KSU gives up just 81 yards on the ground, that doesn’t figure heavily into Saturday’s equation as the Hawks are running the ball at a mere 104.5 yards per game clip. Pete Guerriero is the only Hawk with any significant numbers on the ground. He has carried 169 times this season for 1,022 yards and eight touchdowns. His closes rival on the team has less than 300 yards on the season.

The Hawks prefer to go to the air to secure their points.

Kenji Bahar has completed 174-of-271 passes for 2,042 yards and 16 touchdowns and has been picked off just six times on the year. His favorite receivers have been Lonnie Moore and Terrance Greene. Moore has hauled in 46 passes for 641 yards and five touchdowns, while Greene has tallied 500 yards n 36 catches and six scores of his own. Both are averaging 13.9 yards per reception.

A Kennesaw State win over visiting Monmouth would move the Owls into a tie with Campbell for the league lead. Both teams would be 3-0 in Big South action and are scheduled to square off in one week in North Carolina to help determine the league champion.

Key Players: KSU will have to take care of business against the Hawks and the Owls are expected to rely heavily on running the ball to get the job done. Three players have rushed for at least 400 yards on the season for Kennesaw. Bronson Rechsteiner, Isaac Foster and Daniel David have combined for 1,484 yards and 23 touchdowns for the Owls. Rechsteiner leads that trio with 573 yards on 57 carries and is averaging an eye-popping 10.1 yards per carry. He has scored five touchdowns for the Owls. Foster, meanwhile, has carried 34 times for 506 yards and four scores of his own and has been even better than his teammate by averaging 14.9 yards per carry. David, the Owl quarterback, has added 405 yards on 120 carries and has scored 14 touchdowns on the year. David has also thrown for 538 yards on 25-of-56 passing and a pair of touchdowns.

While the Owls seldom go to the air, the times they do usually provides huge dividends as three receivers are averaging better than 18.5 yards per catch, something that causes opposing defenses fits in planning for the Owls.

The age-old adage about defenses winning championships should be proven on Saturday. Kennesaw State 37, Monmouth 20

Campbell, after its action-packed and miraculous triple-overtime win over Gardner-Webb a week ago needs to guard against a letdown against North Alabama. While the Lions are transitioning from D-II and this week’s game does not count in the league standings, a loss would take some of the edge of the Camels as they prepare to tangle with Kennesaw State and Monmouth over the next two weekends in games that will help determine not only the BSC champion, but a possible at-large berth into the playoffs for whichever team does no claim the league’s automatic berth. Campbell 24, North Alabama 14

After seeing its goal of a Big South championship take a major hit in dramatic fashion last weekend, Gardner-Webb may be looking to make a statement against a struggling Charleston Southern team looking for its first win in conference play. That does not make for a rosy picture for the Buccaneers.