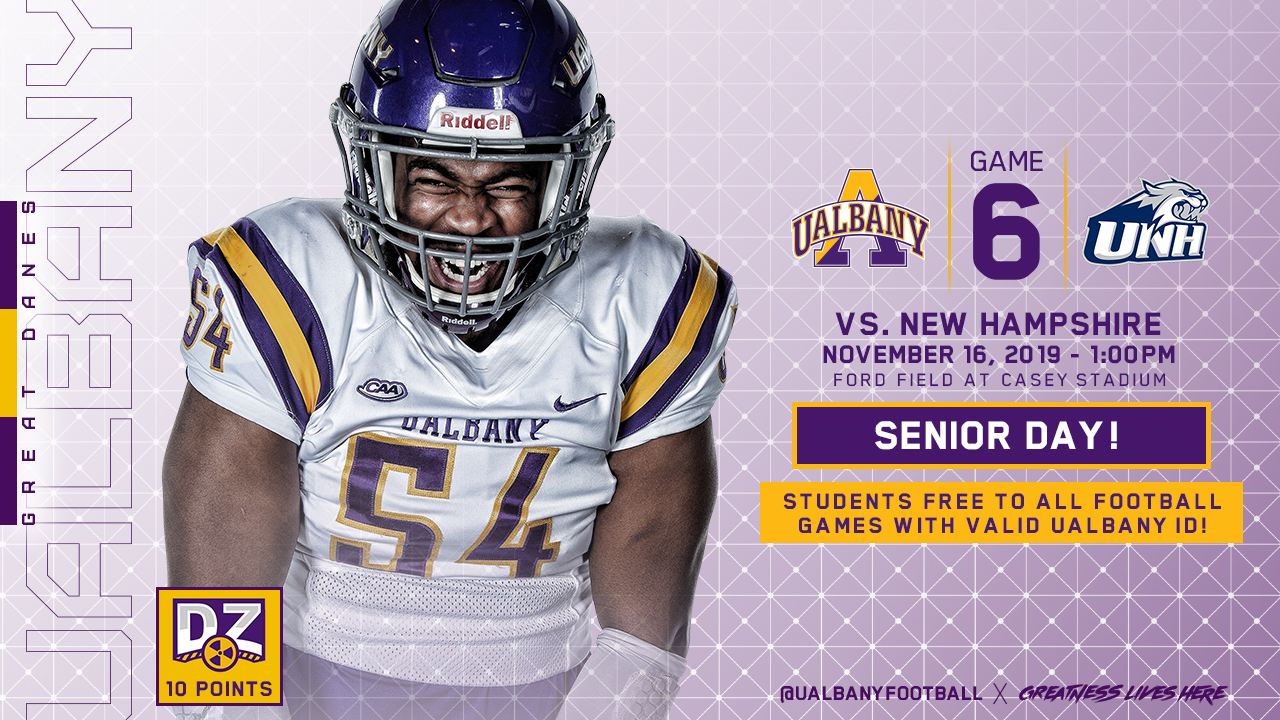 We are down to the last two weeks of the regular season. In the CAA, James Madison is a playoff lock and will claim the outright conference championship with another win. The Dukes should also slide into the seeds when the playoff bracket is released on November 24. Villanova is probably also solidly in the field. From there, its anybody’s guess what other CAA teams will be included on Selection Sunday. Even Maine, who was left for dead after a terrible start is still in the hunt if they win out. There certainly wont be six CAA teams included like last year, but four is a distinct possibility, even likelihood.

New Hampshire was tenth in the first look at the playoff committee’s thought process heading toward the end of the regular season. But then, the Wildcats went to James Madison and got blown out. Winning out should still get the Wildcats in the field, but a loss could leave them on the outside looking in, especially because they only play an 11 game schedule this season. The Wildcats will be looking for a bounce back performance on the road at Albany this weekend. THe bright spot last week was Dylan Laube who had over 230 all-purpose yards. His kick return ability set New Hampshire up with excellent field position many times against the Dukes. Unfortunately, the Wildcats never mounted much from an offensive standpoint.

Key Player: With a passing game that has been inconsistent throughout the year, the Wildcats could use a strong game from their best running back Evan Gray this week. Against James Madison, Gray scored on an 18 yard run, the first time all season the Dukes have given up a rushing touchdown of more than six yards. New Hampshire will need more big plays like that out of the run game if they are going to finish the season strong and get into the playoffs.

Albany was picked to finish at the bottom of the CAA this year. But as we sit with two weeks left in the season, the Great Danes are still in the fight for a playoff berth. It wont be easy for Albany, they face New Hampshire at home and Stony Brook on the road to close out the season. But if they get two wins, you can lock them into the field. A 1-1 finish will keep them on the bubble but may put them out. Needless to say, there is plenty to play for moving forward for Greg Gattuso’s bunch. Albany features average numbers on both sides of the ball. That has shown on the scoreboard where the Great Danes have played in a number of close games. They will need to lean on that close game experience these last two weeks.

Key Player: The award for CAA Freshman of the year is probably locked up at this point. It figures to go to Albany QB Jeff Undercuffer who has led the Great Dane offense like an upper classman. Undercuffer figures to garner some consideration for CAA offensive player of the year as well. On the season, Undercuffer has thrown for 258 yards a game with 31 touchdowns and seven interceptions. He has to avoid the big mistake against an aggressive New Hampshire defense.

Fearless Prediction: Look for this game to come down to the last five minutes before we have a winner. New Hampshire is just a bit better on defense and that will be the difference in the game. New Hampshire 27, Albany 23 Villanova gets a late season respite from CAA play to face new FCS member Long Island. Look for the Wildcats to roll in this one. Villanova 47, Long Island 6

Maine seems to have turned a corner late in the season. They’ll keep the wick turned up against a struggling Rhode Island team. Maine 41, Rhode Island 27

Its going to be a long putt for either of these teams to make the playoffs. Stony Brook has been a bit better overall this year, so look for them to take the win. Stony Brook 31, Delaware 20

Towson is the more talented team and should win easily, but they have been known to come up short in situations like these. William & Mary is much improved over last year. It may take a while, but Towson will win by a couple scores. Towson 38, William & Mary 24

Richmond still has a shot at the playoffs and sits tied for second in conference standings. However, they face a trip up the road to Harrisonburg where the Dukes are on a mission of their own. Look for the Spiders to hang tough early, but James Madison will run away in the second half. James Madison 48, Richmond 14