Two weeks to go, and how many autobids have been clinched? How about… none?

Yes, Virginia: Though FCS powerhouses North Dakota State and James Madison are pretty much sharpies in the field at this point, technically both could lose their autobids in the Missouri Valley and CAA, respectively, if they lose both their games and stuff happens.

The same rule applies with Monmouth of the Big South and San Diego of the Pioneer League – looking very good for the autobid, but still, technically, could lose it, if they slip up in their last two games.

Other conferences are about as muddled as can be, most notably the OVC, Patriot League, and Southland. The Southland in particular is about as clear as a bowl of very good gumbo, with four teams with a 5-2 record and a multitude of scenarios at play.

Confused? You’re not alone. You’ve come to the right place to try to make some sense of the playoff field. 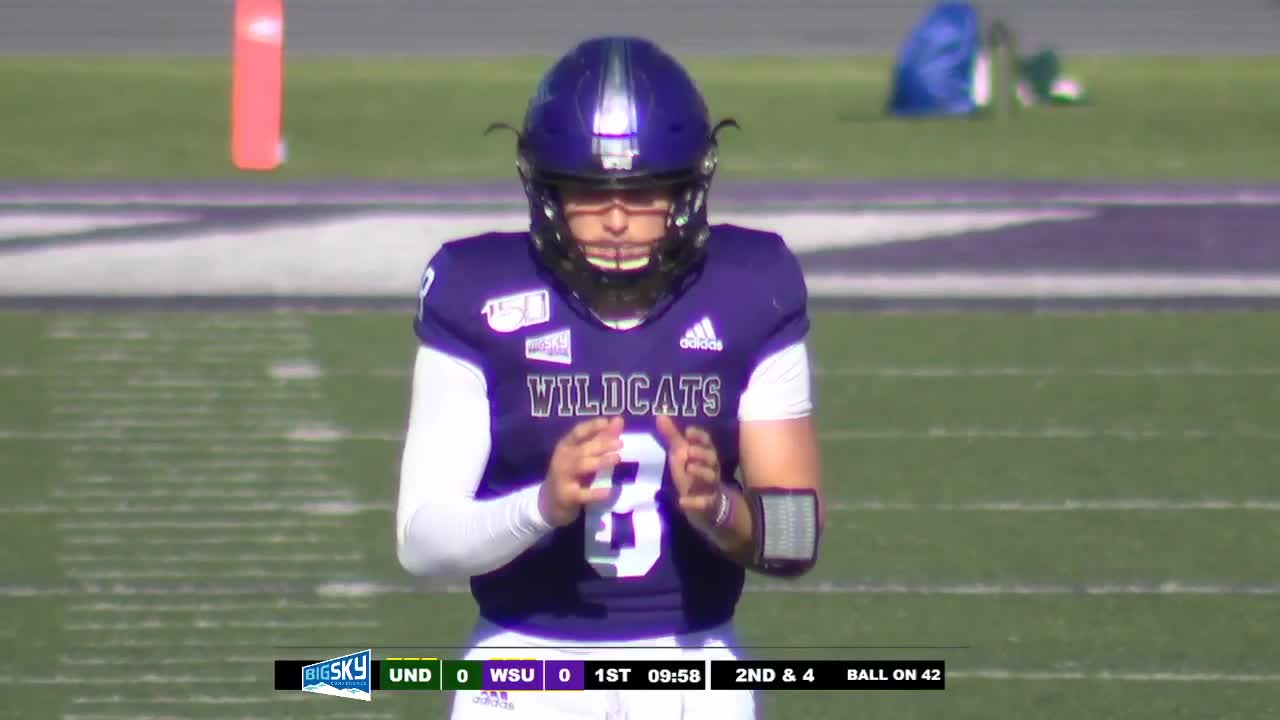 8-2 (6-0) Weber State isn’t making it easy, but they manage to keep winning and sit alone atop the Big Sky with an undefeated record. This week’s game vs. 8-2 (5-1) Montana will determine the autobid – if they win, they will own head to head victories against any of the teams in the tiebreaker they could face for the autobid, even if they lose to 3-7 Idaho State to close the regular season. If Montana beats the Wildcats, and then beat 7-3 (4-1) Montana State next week, the Grizzlies will win the autobid instead. The only way the Bobcats would get the autobid is if they win their last two and Weber State lose their last two.

It is theoretically possible 9-1 (6-0) James Madison will lose the autobid. It would involve losing to 5-5 (4-2) Richmond this week, the Dukes losing to 2-8 (0-6) Rhode Island next week, and Richmond beating longtime Southern rival 4-6 (2-4) William and Mary next week. Could it happen? Hey, it’s the CAA: anything could happen. Do we think it will happen? Let’s just say I’ve put James Madison in my field of 24.

In the at-large department, bubble teams around the country are going to be continuing to root for chaos. 6-4 Albany, if they win out, will have a great case for an at-large bid, same as 6-4 Towson. But bubble teams are probably rooting big-time for Albany to lose to 5-4 New Hampshire, then have the Wildcats next week lose the Musket to 5-5 Maine, eliminating a bunch of CAA teams from the at-large pool, or at least put them even further out on the bubble.

With Robert Morris’ stunning, thorough 41-21 win over Duquesne, the 6-4 (5-0) Colonials have set up a NEC championship game in New Britain, CT against 9-1 (5-0) Central Connecticut State, who are undefeated against FCS competition this year. It should be a heck of a championship game at Arute Field this weekend, which we think, narrowly, will go to the Blue Devils at home.

Everything fell in place this weekend for 7-3 (5-1) Austin Peay, who currently hold the tiebreaker against 7-3 (5-1) Southeast Missouri State. The formula is simple – if the Governors beat 4-6 (2-4) Murray State and 1-9 (1-5) Eastern Illinois to close out the season, Austin Peay wins the autobid. If they lose once, and SEMO beats… Eastern Illinois and Murray State, SEMO wins the autobid.

6-4 (5-2) UT Martin has a slim chance at winning the autobid, which broadly involve winning their final conference game and the Panthers and Racers becoming the 2015 Carolina Panthers and the 1986 Chicago Bears, respectively, and going 4-0 against Austin Peay and SEMO. The Skyhawks might want to focus instead on winning their last two games in order to possibly make the FCS playoff field. If the Skyhawks finish at 8-4, with a win over FBS Kentucky to finish the year, the FCS subcommittee would almost literally have no choice but to include them in the field – and it’s hardly an insurmountable task.

An utter mess is brewing in the Patriot League. Only one team, 5-5 Holy Cross, has the potential of winning the conference and autobid with seven Division I wins (if they beat Fordham and Georgetown to close out the year). But even if they do, they need help, because currently, against all odds, if 3-7 (3-1) Lafayette wins their last two games, they will be the Patriot League champs no matter what Holy Cross does (since the Leopards beat them last week).

Holy Cross, Lafayette, Lehigh, and even Bucknell could still all win the Patriot League, and the determination of the title and autobid will not be settled this week. In one way or another the Rivalry game against Lafayette and Lehigh, the 155th meeting of the most-played football game in college football, is going to have some role in crowning the champions.

7-2 (6-0) San Diego is as close to a sure thing for the playoffs as there is – unless, as happened one season, PFL commissioner Patty Viverito declared the Toreros suddenly ineligible for the postseason after they played their final regular season game, after violating one of the league’s non-scholarship rules. Barring that sort of hail-mary pass, as long as San Diego either beats 2-8 (0-6) Jacksonville or 5-5 (3-3) Morehead State, they are in.

Where things start to get weird is any at-large bids the SoCon receive as a result of these game. Are at-large teams around the country rooting against Wofford twice? If Furman loses to Wofford and beats the NAIA school point in a glorified scrimmage next week, they’d be 8-4 and awfully hard to keep out of the at-large pool, even though they’d only have seven Division I wins. But if Furman beats Wofford this week, it looks like the Wofford/Citadel game would be a battle of a 6-4 and a 7-4 team. At 6-5, Wofford would be out, and The Citadel at 8-4 would be a mortal lock – but the SoCon would only have one at-large bid out of the pool.

Bottom line, it looks like the SoCon could have one or two at-large teams. Bubble schools are hoping it’s just one, and a Furman win and a Citadel win against Wofford offers that possibility.

Where to begin? As this thread on the message board Any Given Saturday spells out, it is impossible to figure out currently which of these five teams will win the conference and autobid: 6-4 (5-2) Sam Houston State, 7-3 (5-2) Central Arkansas, 6-4 (5-2) Nicholls, 6-3 (5-2) Southeastern Louisiana, and even 6-4 (4-3) McNeese State. So many potential outcomes are possible that it’s literally impossible to predict what will happen.

If you see the thread, you’ll see that most of the scenarios show that Sam Houston State or Central Arkansas are the likeliest winners of the conference. If you’re an at-large team, you’re probably hoping that Central Arkansas wins the autobid, as their at-large resume, with a win over FBS Western Kentucky, is the best of any Southland team by a wide margin. But Sam Houston State, on paper, has the easiest path to the title, with games against 2-8 Northwestern State and 4-6 Houston Baptist to close the year. Have “easy games” been a good guide in the Southland, though? Still, that’s who we’ll go with at the moment.

When I look into my Southland crystal ball, I see a slew of 7-4 and 7-5 teams that are going to have a sweaty time on Selection Sunday, but it seems inevitable that they will capture at least one at-large berth – perhaps two.

After the FCS Playoff Subcommittee released their initial seedings last week, probably the biggest switch was putting Central Arkansas in the rankings, though their loss this weekends put their seeding in doubt. Also, the CAA’s cannibalism has really wrecked their chances at getting a second seed.

In our projections, we have North Carolina A&T doing what needs to be done to make the Celebration Bowl, with South Carolina State in the field. In order for the Bulldogs to qualify as a bubble team, they need to win their last two games to finish 8-3 and have North Carolina A&T beat Bethune-Cookman this weekend. That is what we are predicting, but just outside the bubble at the moment.