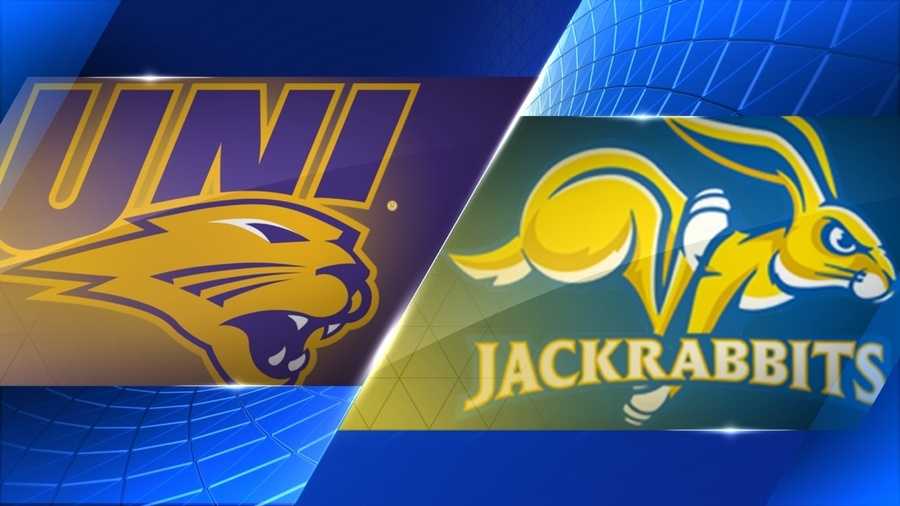 North Dakota State closes out its home schedule this week while hosting South Dakota. The Bison are hoping to clinch at least a share of the MVFC title and the automatic playoff bid in the FCS Playoffs this weekend. NDSU also hopes to win its 25th straight home game and its 32nd straight win overall.

But the biggest game this week involves NDSU’s Dakota Marker rival South Dakota State hosting another playoff hopeful in Northern Iowa. The Panthers are sitting alone in second place in the MVFC rankings with SDSU tied with Illinois State, the team the Jackrabbits lost to last week at home.

Elsewhere, Illinois State hosts Missouri State and hopes to continue with its winning ways towards a playoff bid. The same holds true for Southern Illinois, who travels to Western Illinois in the hopes to win to keep its playoff hopes alive.

Youngstown State travels to Indiana State in the last MVFC game in really the only game that does not involve at least one playoff hopeful. Both the Penguins and Sycamores were preseason hopefuls to finish in the top half of the league standings but have very much undeperformed this season.

Here are my MVFC playoff teams as we have just two weeks left in the season:

The Panthers are in the midst of a four game winning streak with the biggest win coming two weeks ago in their last road game at Illinois State. UNI also has wins over Missouri State, South Dakota, and Indiana State in that span. The Panthers have made the playoffs several times in the past eight seasons but have yet to get a seed in that span (when the playoffs expanded to 24 teams and had eight seeds). UNI will likely get its third straight playoff appearance and fifth in the last six seasons unless they lose out.

The Panthers lost at NDSU early in the MVFC slate but have not had their traditional losing swing that causes the team to be in must win mode.

The UNI offense has been somewhat inconsistant but still are second in the conference with 211.5 yards per game and is led by redshirt freshman Will McElvain. His top weapon in WR Isaiah Weston is questionable with a lower body injury sustained last week’s 17-9 Indiana State win. The Panthers are also without RB Tyler Hoosman (ankle) is out for the remainder of the regular season and questionable for a return in the playoffs after having ankle surgery last week.

Key Player: QB Will McElvain has proven so far this season that he can handle the pressure and can put up some good passing numbers. But his key will be if he can do this possibly without his top target in WR Weston especially against a very stingy defense that SDSU will provide.

The Jackrabbits looked like a Top 4 team just three weeks ago after battling top ranked NDSU to the end. But the costly part of that loss may not have been just the home defeat. Instead, it may have been the loss of redshirt freshman QB J’Bore Gibbs. SDSU managed to win at Missouri State two weeks ago but fell to Illinois State at home last week under true freshman QB Keaton Heide.

The Jackrabbits are ranked 44th in total offense in the FCS, but 15th in rushing offense behind outstanding running Pierre Strong. Strong is ranked 11th in the FCS in yards at 1,004 and fifth in yards per carry at 7.17. Cade Johnson is the primary receiving target in the offense. He has 914 yards receiving and seven touchdowns on the season, both second in the MVFC behind UNI’s Weston.

The Jackrabbits defense is eighth in passing yards allowed, Quintin Hicks leads SDSU with 4.5 sacks on the year and Christian Rozeboom has a team-high 82 tackles.

Over the last six meetings between these two teams, including the already mentioned playoff meeting in 2017, the two teams are 3-3 and South Dakota State outscored UNI 147-146.

Key Player: QB Keaton Heide will be the focal point for the Jackrabbits as the Panthers defense will be keying to stop the SDSU running game. Heide will need to be able to at least show some passing attack to open up that UNI defense. It will also be key for Heide to not force anything and to avoid any kind of turnover.

Fearless Prediction: These two teams seem to be going in opposite directions right now. The two teams both have strong defenses and with the injuries on the offenses for both teams, this should mean points will be at a premium. The weather will be a factor with some colder than average temperatures expected in this game as well and could lead to some turnovers. I think the team that wins the turnover battle will win this game. All signs point to UNI picking up this road win but I think the Jackrabbits will muster its way to a close win as I don’t think this team will lose three straight home games. SDSU 21 UNI 17

Youngstown State at Indiana State, 1 pm ET | Terre Haute, Ind. • [ESPN3 (subscription req’d]
It seems the Penguins have mailed it in and the Sycamores look to be still playing. That will lead to an Indiana State victory. ISUB 28 YSU 17

Southern Illinois at Western Illinois, 1 pm CT | Macomb, Ill. • [ESPN3 (subscription req’d]
SIU has NDSU next week so this has to be a win for any playoff chance. The Salukis get it but WIU will give them a fight. SIU 34 WIU 24