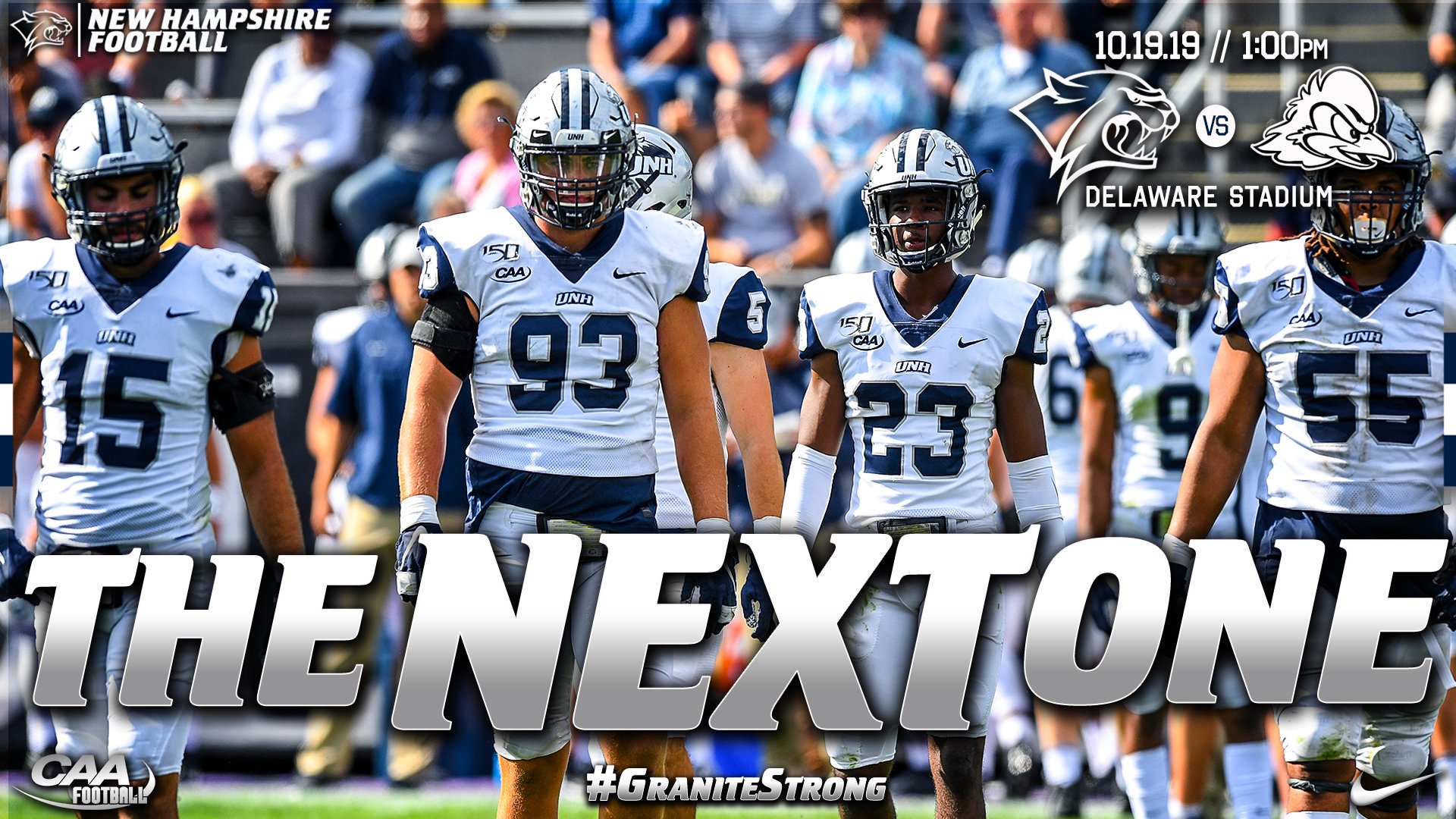 The showdown between Villanova and James Madison lived up to its billing. The game was back and forth until the Dukes took hold in the fourth quarter to pick up the win. Elsewhere in the league, New Hampshire continued its strong start on the road at Stony Brook. Towson and Maine both faltered at home against Albany and Richmond respectively. Late in the preseason, New Hampshire announced that long time Coach Sean McDonnell would be taking a medical leave of absence. In the interim, former Wildcat standout Ricky Santos has taken the reins and led the team to a 4-2start. New Hampshire has leaned on its defense through the first half of the year and been opportunistic on offense. The Wildcats learned this week that standout defender Pop Lacey would be out for 3-4 weeks with foot surgery. So other guys need to step up in his absence. The next three games will make or break the season for New Hampshire. If they win two of the three against Delaware, Villanova and James Madison, they should be in line for a playoff berth.

Key Player: Freshman LB Oleh Manzyk has been a leading force for the New Hampshire defense. Of his 29 tackles, 6.5 have gone for loss with 4 sacks. Manzyk also returned an interception for a touchdown in his coming out party against Elon where he had 8 tackles and three sacks as well.

Delaware is a different team with Nolan Henderson at quarterback versus Pat Kehoe. Henderson has the ability to use his legs to extend or escape whereas Kehoe is the typical drop back passer. With Henderson in the concussion protocol, it looks like Kehoe will get the call under center this week. He will need to have his most efficient game against an aggressive defense. A loss this week probably ends any playoff hopes for Delaware.

Key Player: As mentioned above, QB Pat Kehoe figures to get the start for the Blue Hens. Kehoe has always had problems with interceptions when he has gotten on the field in the past. Against an aggressive New Hampshire defense, Kehoe must make smart, quick decisions or it will be a long day for the Blue Hen offense. Rhode Island isn’t as bad as their record. Albany may be this year’s surprise in the CAA with Jeff Undercuffer leading the way. Take the Great Danes this weekend in a bit of a shootout. Albany 37, Rhode Island 31

William & Mary is much improved over the last couple years and will hang around in this game for a bit. But in the end the Dukes talent will be too much. James Madison 45, William & Mary 24

At the beginning of the season, a lot of people circled this as a potential FCS upset. But Maine has struggled to maintain the level of play from last year. Liberty 40, Maine 20

Yale is one of the top Ivy League teams, but we don’t know how good that league is. Richmond is better than expected, but they’ll fall a little short at home. Yale 17, Richmond 14