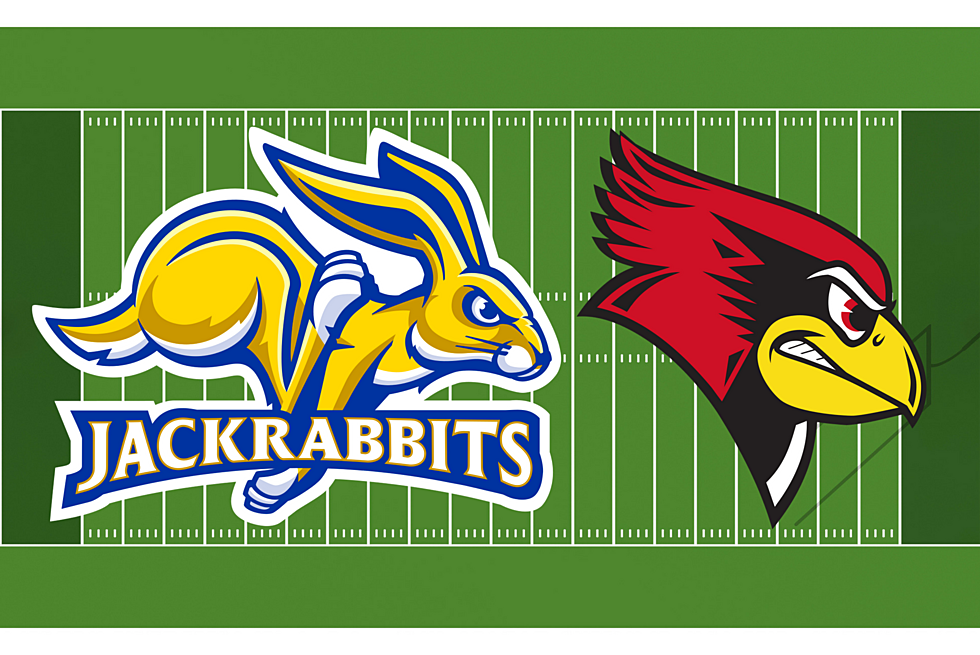 The beat goes on for NDSU (9-0) as is this week, the Bison host Western Illinios, host South Dakota next week and finish the regular season against Southern Illinois on the road. SIU is the lone team currently with a .500 record left and may need that win in the last weekend to get a playoff spot.

For the other MVFC playoff contenders (teams with 4 losses or less), the last three games of the season are also tough.

South Dakota State (7-2) hosts Illinois State this week and then hosts Northern Iowa next week before traveling to in-state rival South Dakota to finish the season.

Illinois State (6-3) after this week hosts Missouri State next week and travels to Youngstown State to finish the season.

Northern Iowa (6-3) hosts Indiana State this week before the road game at SDSU and then finishes the regular season at home to Western Illinois.

Youngstown State (5-4) travels to South Dakota this week and travels to Indiana State next week before hosting Illinois State to end the season.

Given the schedules and records of the current teams, I would predict the following MVFC to be in the playoffs:

The game of the week this week has to be the Illinois State at South Dakota State match-up. The Jackrabbits rebounded last week after a home loss to top-ranked North Dakota State on Oct. 26 with a 35-14 win at Missouri State last Saturday.

Illinois State, which is ranked 11th by the media and 12th by the FCS coaches, is 6-3 overall and 3-2 in the MVFC. The Redbirds suffered a 27-10 home setback to Northern Iowa last week in a battle between teams battling in the top half of the MVFC standings.

ISU has posted a 6-3 overall record mainly to a strong defense that has forced opponents into turnovers. Meanwhile, its offense has essentially played conservatively and relied on the running game. This will have to change against a powerful offensive team in South Dakota State this week.

Illinois State defense as allowed the second-fewest points in the conference (18) and the third-fewest yards on the ground (151). They’re also tied with North Dakota State with the best turnover rate in the Valley (+4).

The Redbirds have reached 300 yards of total offense just once in the past five games. ISU averaged 419 yards in last year’s 6-5 season.

Key Player: QB Brady Davis has struggled, completing roughly 50 percent of his passes thus far this seasn. Following a three-interception game in last weekend’s home loss to Northern Iowa, Davis has thrown eight picks on the year (compared to six touchdowns). Expect the Jackrabbit defense to stack the box to stop the strong running game of RB James Robinson so how well Davis can throw the ball will be the key for the Redbirds to pull off the road win.

During the current run of seven straight FCS Playoff appearances, the Jackrabbits have owned the month of November in winning 20-of-22 regular-season games. Their current November regular-season win streak stands at ten.

Redshirt QB J’Bore Gibbs is sidelined for the season with a knee issue he sustained during SDSU’s 23-16 loss to North Dakota State two weeks ago. Keaton Heide has stepped in for Gibbs. The true freshman was 11-for-19 for 173 yards and a touchdown in last weekend’s win over Missouri State.

The Jackrabbits will also be without second-leading rusher CJ Wilson who was injured last week. SDSU is hoping to get him back on the field before the end of the season. The rushing game will be manned by Pierre Strong and Mikey Daniel.

In last season’s meeting, a 21-point outburst by the Jackrabbits in the second quarter paced a 38-28 SDSU victory in Normal. It marked the first time in six series meetings that the road team came out victorious. The key for the Jacks last year was hold Robinson to just 39 yards on the ground.

Key Player: QB Keaton Heide will be the key as the Redbirds (just like the Jackrabbit defense) will force the true freshman to beat them with his arm. He will need to make the necessary throws to open up the SDSU offense. He has shown flashes in the Missouri State game and even in the NDSU game. But the Redbird defense has shown in its statistics, is very formatable and he will need his best game in his young career and also be turnover free as the key to a Jackrabbit win.

Fearless Prediction: This will be a playoff-like atmosphere as the Redbirds do not want to drop two straight games and the Jackrabbits do not want to loss two of its past three contests. The two defenses should be strong and expect a lower scoring game. Also, the weather should not be a factor as warmer temperatures (high in the mid-40s) than the state of South Dakota has seen recent days. But with the homefield, I expect the Jackrabbits to win this game to stay in the conversation for a Top 4 seed in the FCS playoffs. SDSU 24 Illinois State 17

Missouri State at Southern Illinois, 2 pm CT | Carbondale, Ill. •[ESPN3 (subscription req’d]
This is a must win for the Salukis to stay in the playoff discussion and they get it against an improving Bears team. SIU 38 MSU 20

Youngstown State at South Dakota, 2 pm CT | Brookings, S.D. • Midco/[ESPN+ (subscription req’d]
YSU also is in must win mode and might be good to go on the road to get it following last week’s blowout loss at home to NDSU. The Penguins get it done but it will be tight. YSU 31 USD 28

Western Illinois at North Dakota State, 2:30 pm CT | Fargo, N.D. • NBC ND/[ESPN+ (subscription req’d]
The Leathernecks got their first win of the season and first in almost a full year. NDSU, however, is playing on a different level than even most in the MVFC. NDSU wins easily in this one. NDSU 42 WIU 10

Indiana State at Northern Iowa, 4 pm CT | Cedar Falls, Iowa • PSN/[ESPN+ (subscription req’d]
The Panthers are coming off its first road win and a big one at that against Illinois State. The Sycamores are not the same team without QB Ryan Boyle. The Panthers roll in this one. UNI 33 ISUB 17