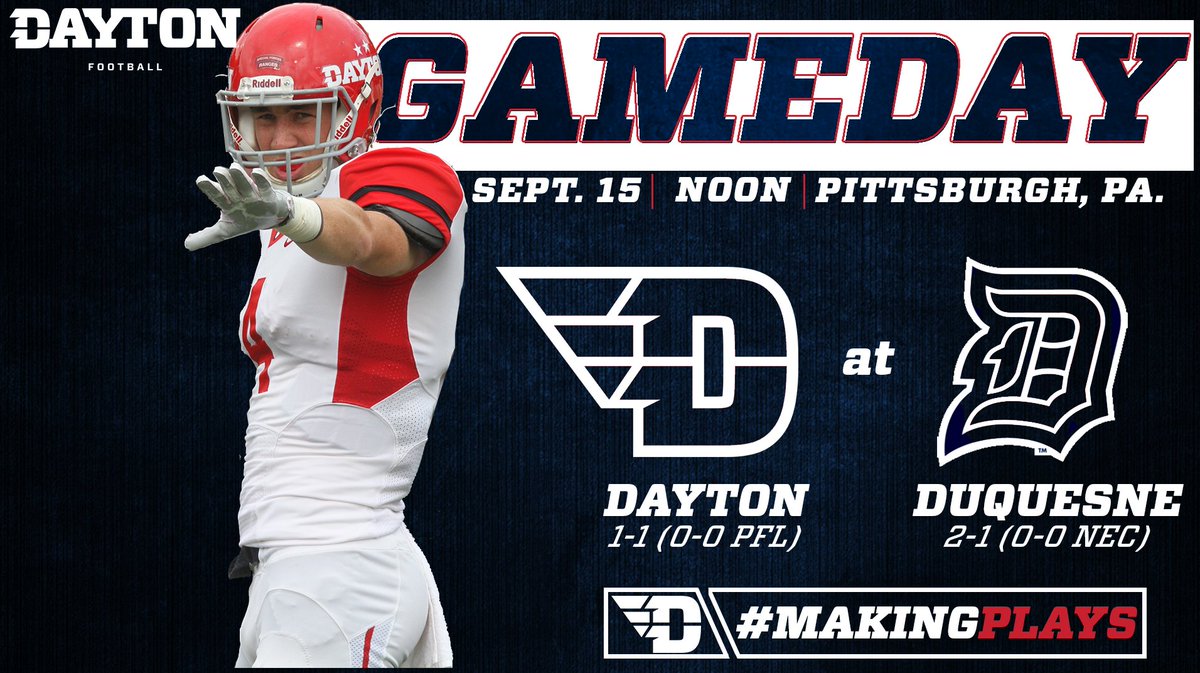 Another interesting week awaits us in the NEC, featuring a battle between a NEC title contender and a Pioneer Football League contender.

A low-key great game this week at Welcome Stadium. There’s a possibility that one of both of these teams finish their season in the FCS Playoffs, and will probably play like it this week. I could see this going either way, but give it to the team with just a bit more experience. Duquesne 41, Dayton 38

The Pioneers dropped 58 on Lafayette last week, and should prove similarly hard to stop by the Sharks. Sacred Heart 48, LIU 20

One of the more interesting Ivy League games pits the Lions heading out to Loretto to play St. Francis, who has played fairly well in the early going in the NEC. What’s concerning for Columbia is that the Red Flash defense has been pretty stout, which could spell problems for a rebuilding Lion offense. St. Francis (PA) 27, Columbia 13

VMI picked up a shocking SoCon win last week. They get another one this week against a bad Robert Morris team that is still looking for its first win, despite a heartbreaking loss last week to Dayton. VMI 27, Robert Morris 21

The homecoming of new Brown head coach James Perry to play against his former team was changed to a 2:00 pm kickoff as a result of the town of Smithfield responding to a West Nile Virus threat. The change was made to assure that the field complex will be cleared no later than 6:30 pm. Overtime will not be at issue in this game, and the field complex will be cleared in plenty of time after the Bears win their home opener. Brown 31, Bryant 13

The undefeated Blue Devils are going to be a challenge all season for NEC opponents, but they will have a very rough go against a surprisingly strong MAC team. Eastern Michigan 38, CCSU 10

Wagner nearly beat FBS UConn and has now lost two heartbreaking games in a row, one to a D-II team and another to Stony Brook. The Owls will now make it 4 in a row. FAU 51, Wagner 13